Backlash Hits Chris Wallace after he calls Jen Psaki “one of the best press secretaries ever”: “You’re a clown” 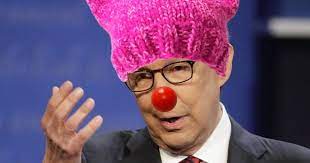 Ray Stevens – Come to the USA 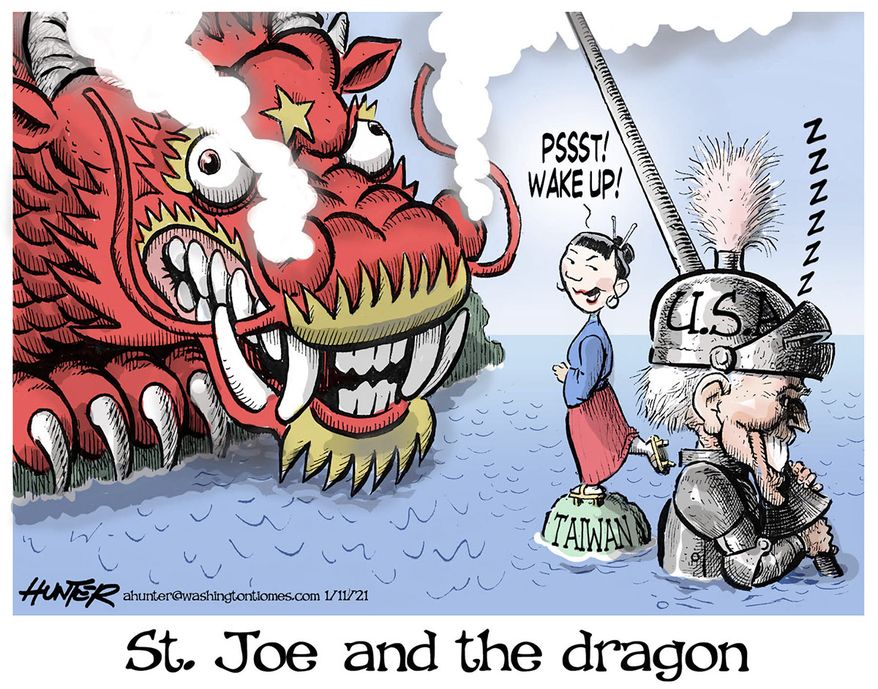 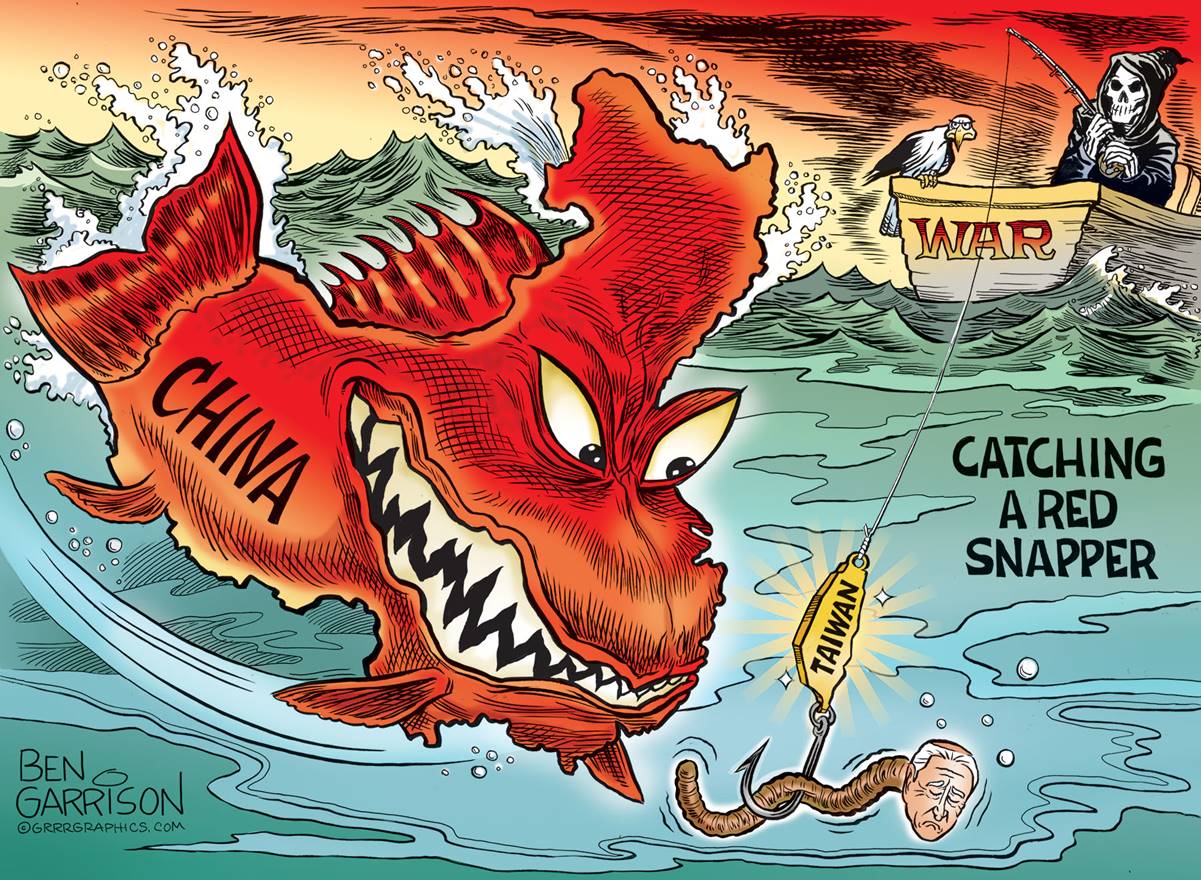 We at GrrrGraphics are anti-war. Our country has no business engaging in a new war while the government mob in charge is at war with American citizens.

I thought Biden would stay in Afghanistan. I even penned a cartoon showing him hugging the Warrior of War there. After all, Joe could have kept the Military Industrial complex happy. My cartoon was wrong. He did evacuate that country, but he did it in a disastrous manner. Trump would have done it with honor and without leaving behind military equipment worth billions of dollars. Trump would not have left Americans behind. I was expecting Trump to get out of Afghanistan during his first term, but I was disappointed. I expected him to do it during his second term, but the election was stolen. Joe has since turned the page and no longer makes mention of his disaster.

China has since been rattling a giant war saber. They are mobilizing troops and regularly violating the airspace of a free and independent Taiwan. OH—but we aren’t allowed to call that island a free and independent nation. It’s something we should have declared after Mao took over the mainland. Nixon shouldn’t have opened the China door with Kissinger. Trade with China shouldn’t have been normalized. Clinton shouldn’t have sent American jobs to China while promising American citizens prosperity. The rich in America got richer while the jobless got poorer. China shouldn’t have received most-favored-nation status. Too many things shouldn’t have happened, but now we must deal with reality: China has rapidly become a dominating power with totalitarian ambitions for the rest of the world.?

This is a war for our freedom and way of life. You can make a  donation and keep GrrrGraphics online! Bitcoin and ETH donation options just added!

The communists took Hong Kong and now they want Taiwan. They saw what happened in Afghanistan. Will the US come to Taiwan’s aid? If not, will Taiwan quickly fold to the Chicoms? And if that happens will China be satisfied like Hitler claimed to be when he took over Czechoslovakia? Will we have peace in our time or will Xi decide to take over some Philippine islands? Maybe Australia?

I think it’s unlikely the US will get involved militarily in Taiwan because Dementia Joe is good at back stabbing and his son has accepted billions of dollars in bribes from China—something Crooked Joe has shared. China owns Sleepy Joe, which means our ally Taiwan is in big trouble. On the other hand, would it even be worth triggering a worldwide conflagration over that wealthy island nation? After all, they only spend two percent of their GDP on defense. Good old patsy Uncle Sam picks up the rest of the tab. The same thing in Europe and other countries. This is something Trump wanted to end. Biden likes to say ‘pay your fair share,’ but that’s aimed at hapless taxpayers in America. Trump wanted NATO countries to pay their fair share instead of relying on US taxpayers to pick up the endless defense tabs while our so-called ‘allies’ got richer.

Beloved Whistleblower Publisher Charles Foster Kane Says The Conservative Agenda is watching to see if any progress is made during the next 10 days before this year’s elections on November 2.