Tonight’s Coverage Is At The Same Point Of The Trumpster’s First  Year In Office. We’re Reviewing Our “OCTOBER 22 EDITION. ” 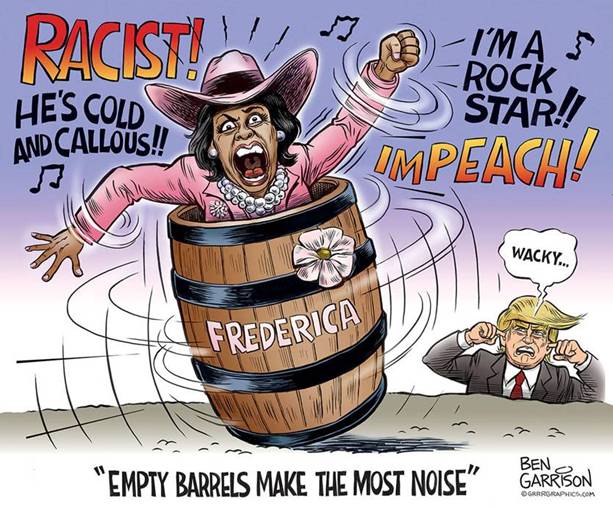 Last week, Whacky Florida Congresswoman Frederica Wilson was the “Designated Schvartze Cleaning Woman” using a planned, surreptitiously overheard condolence call to viciously attack President Trump. Not only was her loud complaint vulgar and tacky, Wilson then compounded the error by proclaiming herself as a “rock star,” due to the attention she received.

For every contrived controversy, the Radical Liberal Media seems to find another Black woman to protect as she attacks the Trump Administration with the Latest Liberal Lie or some really outlandish statement, because critics of these Brainless Black women will automatically be branded as racists. 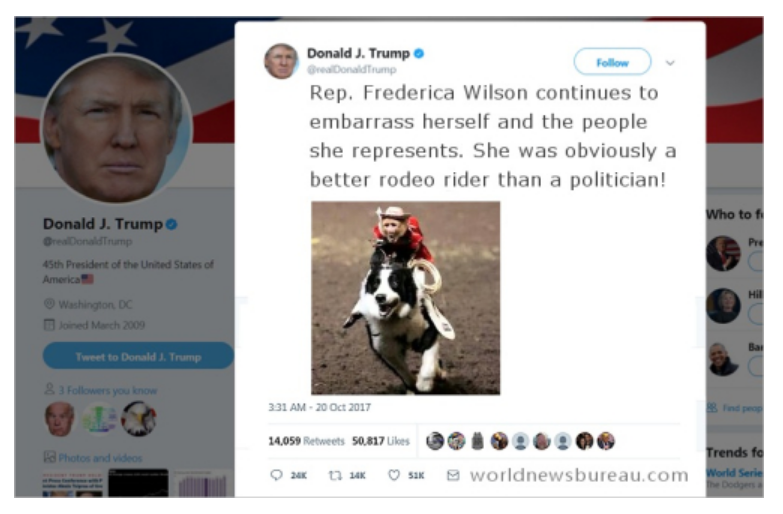 Trump admitted to reporters Friday morning that he had made an honest mistake: “Look, somebody sent me the photo and honestly, I didn’t look at it that close. Now that I’ve had a chance to really look at it, I can see I was mistaken – the rodeo rider is way, way more attractive than Freddie.”

Rep. Wilson has been embroiled in a war of words with the President since criticizing his condolences to the widow of a slain serviceman. 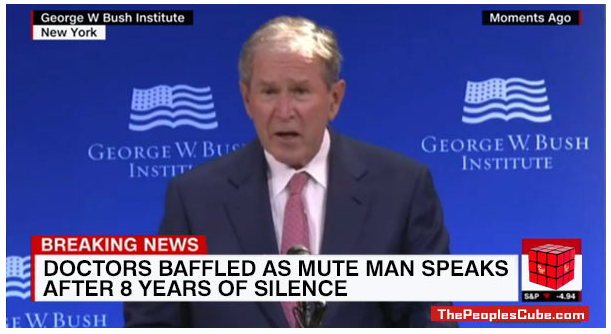 Doctors Baffled As Mute Man Speaks After 8 Years Of Silence

Nearly 8 years after a terrible wreck left a man unable to communicate, his power of speech has returned. George Bush was 62 when the mainstream media derailed his presidency, which resulted in him and his entire administration going off a cliff and tumbling to the ground.

“For eight long years he didn’t speak a word,” said George’s brother, Jeb Bush. Though his family continued to talk to him, they had no idea whether he understood them. That eased a few days ago, when he began responding to questions with grunts and by blinking his eyes. (MORE) 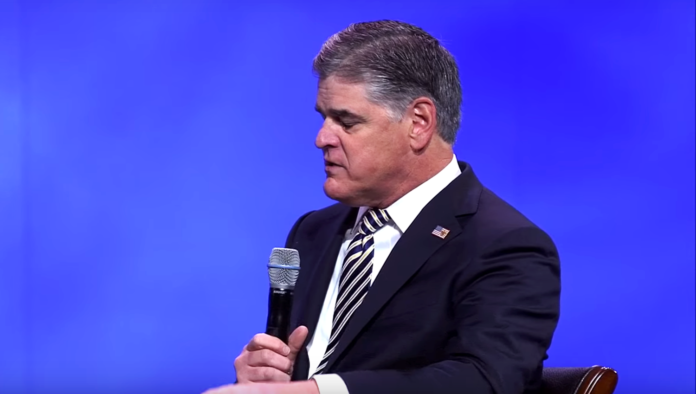 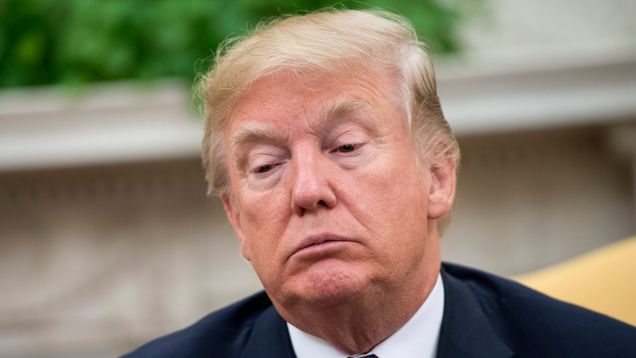 Trump Called Up For Vietnam Service After Last Of Draft Deferments Expires
WASHINGTON—Confirming that the 71-year-old had officially been determined fit to carry out his duty, officials from the United States Army announced Monday that President Trump was being called upon to serve in Vietnam after the last of his draft deferments had expired. “After almost 50 years of… (MORE) 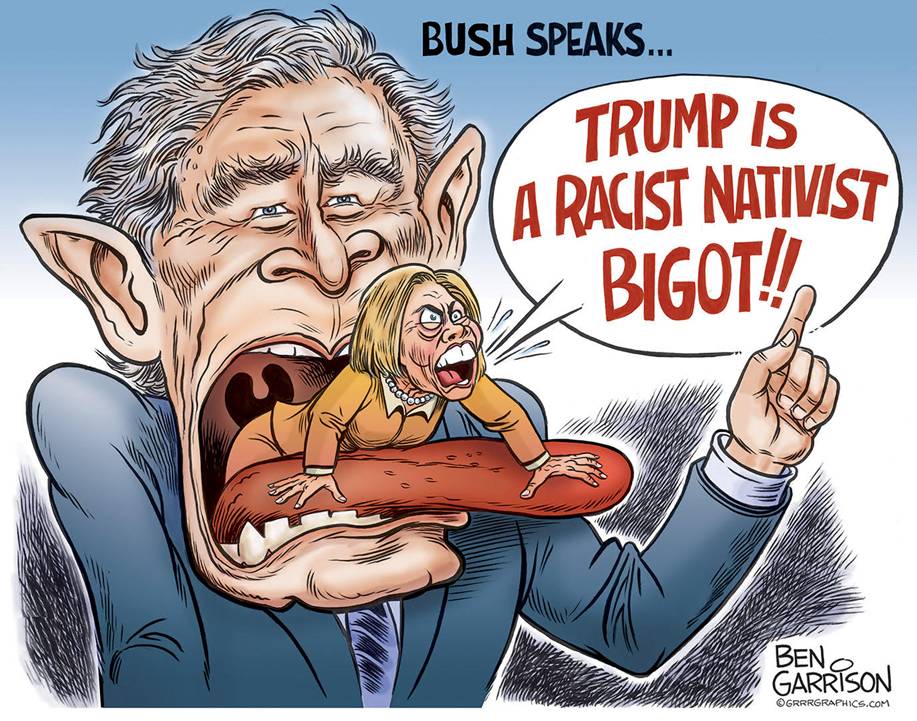 George W. Bush Opened Up His Trap The Other Day And Out Came Hillary.
At least, he sounded a lot like the Hildebeast. W remained strangely quiet for the eight years Obama was in office, but now that Trump is in the White House, he’s full of criticism. Former presidents who spout criticism this early in a new administration is considered bad form.

Regardless, Bush joined Hillary, Obama, and John McCain in attacking Trump. They’ve all shrilly denounced the direction Trump would like to take our country in order to make it great again. Pappy Bush, now in his 90s, even expressed some support for Hillary. After all, he has his New World Order legacy to protect. His son refused to vote for his party’s candidate and left the ballot blank—just like his mind. (MORE)