TODAY IS
MONDAY, SEPTEMBER 14
TRUMP’S 1333rd DAY IN OFFICE
AND WE’RE REMEMBEING 2016 WHEN THE BLOWER FIRST BEGAN BOYCOTTING THE NFL FOR ALLOWING PLAYERS TO DISRESPECT BASIC AMERICAN VALUES LIKE OUR NATIONAL ANTHEM AND OUR FLAG. 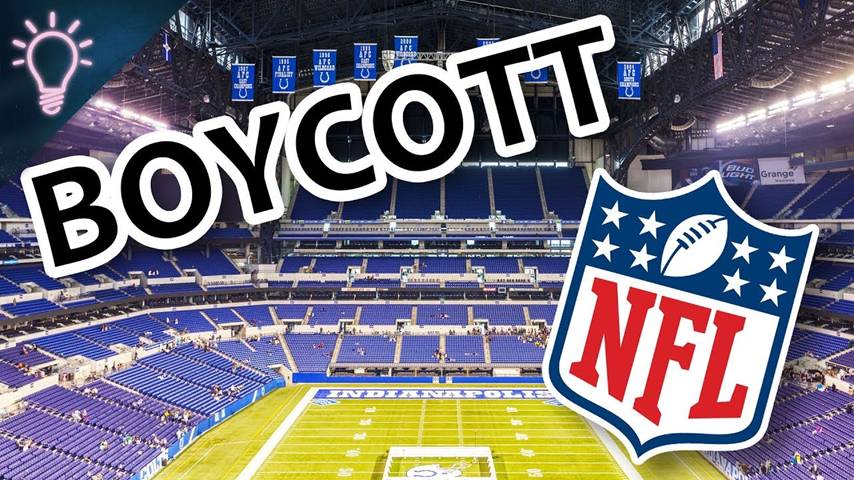 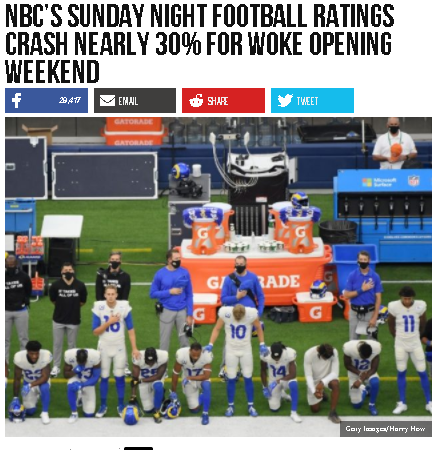 Whistleblower Pollster Ron Rasmussen says as the National Football League struggles to explain this season’s downturn in viewer ratings, 34% of American Adults say they are less likely to watch an NFL game because of the growing number of protests by players on the field. Imagine That!

Watching the NFL Cave-in to all that Black Lives Matters extortion has been shameful to say the least. No wonder NFL Ratings are dropping faster than Colin Kaepernick hearing “The Star Spangled Banner.” Kaepernick was voted Most Disliked NFL Player for his National Anthem Protest. What a surprise! He is very unlikely to get too many picks in fantasy football either.

It’s been a year since Conservatives circulated the story online about how Dallas Cowboys owner Jerry Jones supposedly went into the locker room before his team’s September 11 game on 9/11 and informed his players that they were “actors” playing the role of “patriotic super heroes” and therefore had to stand during the playing of the U.S. national anthem that day:

“Regardless of your personal opinions, this is a sacred day that we recognize the sacrifice and pain that so many have endured. When the National Anthem is played by a lone trumpet player in a few minutes you WILL stand and you WILL put your hand over your hearts.” Jerry waited a second and made eye contact with several players to make sure his words had sunk in. He knew he had there undivided attention and proceeded. “You gentlemen are world class athletes, but you are also actors. You perform on a stage that is 100 yards long. Today, you play the role of a patriotic super hero. You will play this role well because you know that millions of children will be watching and looking at your example.” Then his inner fire started to shine through as he said quietly “but most of all I want you to remember, you are the actors, but this is MY stage and you will play the role I tell you to.” 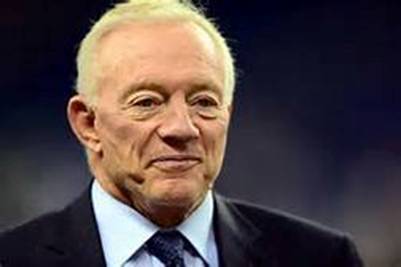 However, according to Snopes, this item did not originate with a report by news organization and does not relay a real incident that took place between Jones and Dallas Cowboy team members. This dialogue was an invented one posted by Facebook user “Richie Newberry” in an attempt to make a point about the NFL players who chose to kneel or sit during the national anthem as a protest of social injustice.

But although Jones didn’t actually deliver a fiery pre-game speech, he did say after the game that he was proud of his team for standing during the national anthem and disappointed in the players on other teams who didn’t:

“I got to give a big pat on the back to our entire team, our coaching staff, our entire organization,” Jones said. “We strongly, strongly support the flag. In every way, we support — it’s almost ridiculous to be saying it — the people that for generations and generations have given it all up so we can get out here and show off in front of millions of people on television. We respect that so much. That’s the real business.

“The forum of the NFL and the forum on television is a very significant thing. I’m for it being used in every way we can to support the great, great contributors in our society and that’s people that have supported America, the flag, and there’s no reason not to go all out right there. For anybody to use parts of that visibility to do otherwise is really disappointing.” 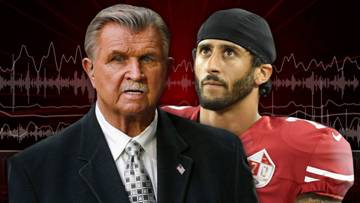 Maybe those Conservative Circulators should’ve passed around that Washington Post story, where football legend Mike Ditka told a Dallas radio station “I think it’s a problem, anybody who disrespects this country and the flag, if they don’t like the country, if they don’t like our flag, get the hell out.”

Ditka’s stance didn’t come as a shock, given previous statements he’d made, including that Barack Obama was “the worst president we’ve ever had.” A noted supporter of Donald Trump, the 77-year-old Hall of Famer said last July that there’s “no questions” that ESPN has a politically liberal culture. “I have no respect for Colin Kaepernick. He probably has no respect for me; that’s his choice,” Ditka said. “My choice is that I like this country, I respect our flag, and I don’t see all the atrocities going on in this country that people say are going on.”

After spending a week at work, hearing about the liberalism being forced on their kids at school, having liberalism shoved in their face by their local newspaper and being harangued by TV shows portraying people like them as creeps, a lot of conservative men like to relax by watching sports. Sports is a place where politics shouldn’t even be on the agenda….but IT IS.

Now, watching a football game requires you to put up with spoiled, pampered, privileged, obscenely wealthy man-children disrespecting America during the national anthem. As if that isn’t bad enough, you turn on ESPN or somewhere else discussing sports and what do you hear? Liberals talking about how great it is that these football players are crapping all over the country that made them rich and famous.

Forget about rushing for 100 yards and throwing four touchdowns in a game; if you really want people to talk about you, just tell everyone about how racist America is and how awful the police are because the latest criminal who was “about to turn his life around and go to college” gets shot after doing something insanely stupid and dangerous with a cop around.

Hawkins says if the NFL loses enough viewers, you may be surprised at how quickly it starts to love America again. Thankfully, the good news is at last, it appears to have already started. 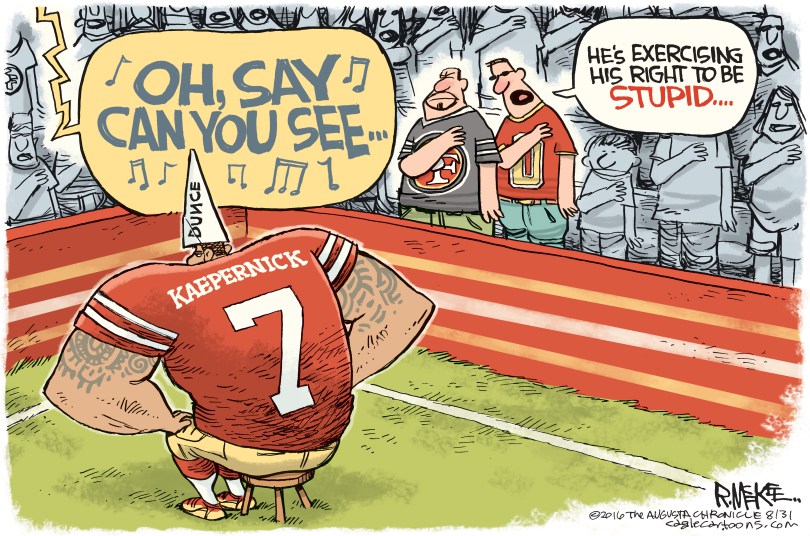 This week, the San Francisco 49ers and Los Angeles Rams matched up for Thursday Night Football at Levi’s Stadium in what wound up being a great Week 3 game. Unfortunately, no one showed up to watch. Check out these crowd shots from what was a brutal crowd in Santa Clara. (Look at all those empty red seats.)

AMERICA TO BOYCOTT NFL: A Letter from an Old Soldier

DAMN! WE WISH WE’D WRITTEN THAT