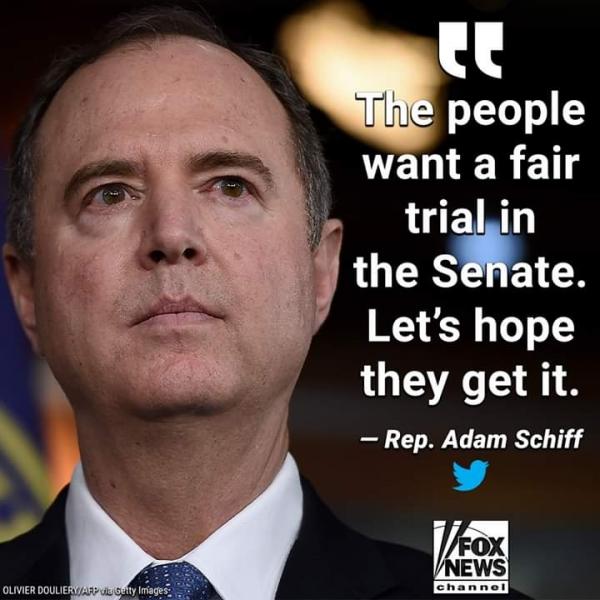 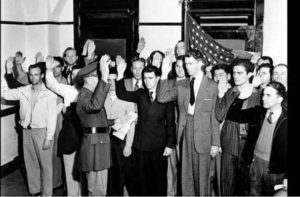 At this afternoon’s meeting of the Conservative Agenda, Political Insiders were commenting on The Blower’s Annual “Countdown Day Celebration” E-dition that illustrated the fateful day 58 years ago when Beloved Whistleblower Publisher Charles Foster Kane got himself sworn into the U.S. Army, and AJ The Archivist found us another swearing in photo, this one published two years ago when that The Long-Time Whistleblower Subscriber Was Included Among Those Senior White House Staffers being sworn in.

NOTE: Priebus, Bannon, Spicer, and Kelley may no longer be working at The White House, but our Long-Time Whistleblower Subscriber in the photo is still getting his leaks in every day. 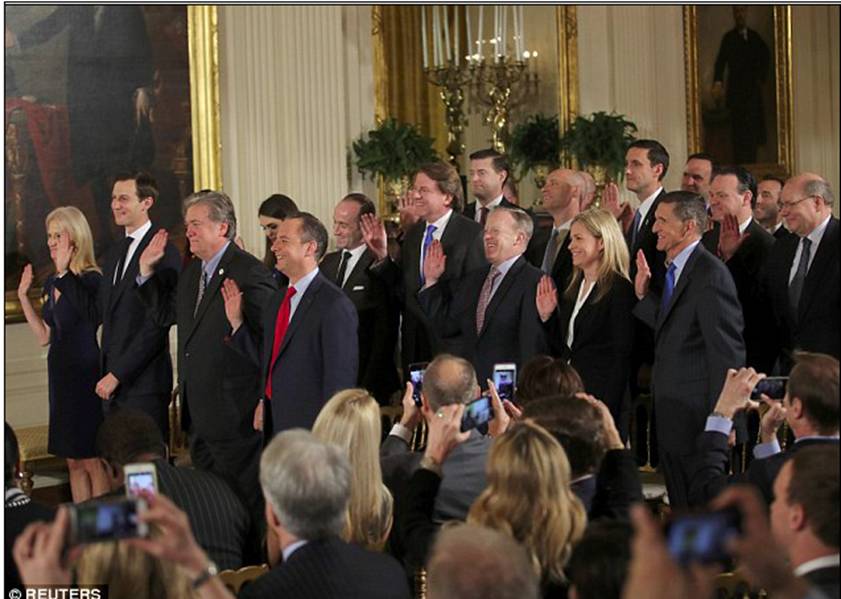