TODAY IS
WEDNESDAY, JANUARY 15, 2020
AND WE’VE ALL BEEN ENJOYING THE MOST IDIOTIC IMPEACHMENT EVER
On Trump’s 1,090th Day In Office

All day The Blower has been remembering our reporting on January 15, 2017, when there were only five more days until Trump could begin undoing all the damage Obama had done to the country. Imagine how much fun it was also to compare The Blower’s coverage FIVE DAYS BEFORE THE WORST PRESIDENT IN HISTORY BEGAN RUINING THE COUNTY. 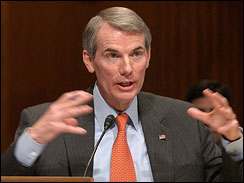 At yesterday’s meeting of the Conservative Agenda, Political Insiders asked Charles Foster Kane about Loser Lobbyist Rob “Fighting for Accurate Weather Forecasts” Portman’s big media event to say he’d be the first to announce he was running for George RINOvich’s seat in the U.S. Senate, and our Beloved Whistleblower Publisher said the decision to schedule a snow job at the Golden Lamb restaurant in Lebanon when the White Death had been forecast was almost as inspiring as Portman’s 8AM press conference on Tuesday where he took the bold step of announcing that he was “sort of  leaning towards deciding to run.”

Did The Blower cover Portman’s BFD announcement? You bet! As the publication of record for all that political scrambling, speculation, mud-slinging, and back-stabbing in the Tri-state, our readers know to expect nothing less.

What the Fishwrap didn’t report was that Portman’s big event in the cloak roam of the Golden Lamb was only attended by a handful of loyal former Portman staffers and local Warren County politicos. Following the event at the Golden Lamb where Portman announced that he is running for the U.S. Senate, Portman drove in a caravan of gas guzzling SUVs with his aides on the way to Toledo, Cleveland, and Columbus to let people in those cities know that wildest dreams have finally come true.

In Toledo, Portman scheduled an event at the legendary Hungarian hot dog eatery Tony Packos made famous by Klinger from M*A*S*H. We are certain that the bronzed hot dog bun on the wall honoring Tom Noe was removed by Portman’s crack advance team before the Robster arrived

Portman’s campaign whistle-stop will conclude Thursday evening at the Montgomery Inn Boathouse at 6:00 p.m. where Portman will be greeted by Hamilton County supporters including Alex Triantafilou who will be clinging to Portman in an effort to demonstrate to the party faithful that there can still winners in the Hamilton County party.  Since Alex allowed Hamilton County to turn “Blue” in the November election, many have lost faith in his ability to recruit winning candidates.  While Alex will try to tout Portman as evidence of a winning strategy, insiders know that true disarray exists at 700 Walnut Street.  Others in the party frustrated by the Bluing of Hamilton County, like “Jaywalking Joe” Deters, have sold the unencumbered portions of their souls to $tan Che$ley, who is now a priority lien holder on what remains, but Portman’s candidacy will not undo the damage to the Conservative agenda which has taken place on Alex’s watch.

Wanna be candidates like Auditor Mary Taylor and Buckwheat Blackwell already know that RINOvich has secretly agreed to endorse Portman if he is challenged in a primary, but they will each no doubt view this race as a chance to keep their names in the press

We’re told that the That Lying Plagiarizing Meddling Overblown Tax-and-Spend RINO Bitch-in-a-Ditch Mean Jean Hoffman Schmidt will not be in attendance at the Portman rally at the Boathouse because she has important work to do in DC. What would a back bencher in the minority party like her possibly have to do that is so important in DC? More likely Portman staffers (who are currently her staffers) told The Bitch in the Ditch to stay as far away from his Senate race as possible.

In Washington, our DC Newsbreaker says Obama’s pick for Treasury Secretary owes back taxes. And how about that mysterious $1.2 million campaign loan Obama’s replacement in the U.S. Senate forgot to pay back? Whistleblower Business Editor Merrill Forbes says retail sales plummeted 2.7 percent in December. All those sales of Obama Christmas tree ornaments must not have been enough. 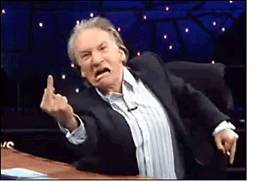 The magic of the “historic” Coronation of His Excellency, President for Life, Field Marshal Al Hadj, Doctor Barrack Hussein Obama Dada in only five more days is truly captivating the entire nation. Even endlessly-angry ultra-atheist Bill Maher has been converted to an enduring belief in the supernatural power of our newborn savior. While showing clips of a recent Obama news conference on his anemically-rated show Real Time, Maher was overheard muttering, “Truly, this man is the son of God.”

And the sixteen people who were watching PMSNBC’s “Morning Joe Show” Wednesday had their world rocked when lefty news babe Mika Brzezenski had a full-blown screaming Obasm while she reported on the historic inauguration the Obamessiah this coming Tuesday. It got so steamy that PMSNBC executives switched to a thirty minute loop of Sham-Wow! commercials while Mike Barnacle, Willie Geist, and Patrick J. Buchanan calmed poor Mika down.

When we last left our Obsessive Compulsive Obama Supporters Tom and Rose, they were huddling with a group of fellow party planners and ecstatic over the exciting news they had just received from MoveOn.org. “Look at this Rose! Why, Barbara Walters and Whoopi Goldberg are going to be joining Joy Behar for the satellite link-up at the Inaugural Bash! And, they are now going to go for a full one-minute show and their charge will only go up $72,000!” Driven to near-Obasm, Rose shrieked “YES – YES – YES Tom! This is truly a sign from the great astral plane!” “Rose, George Soros is going to be so proud of us. Our Inaugural Bash is still going to cost less than $500,000. My sweet Obama!”

Hurley the Historian says on this date in 1870, the first recorded use of a donkey to represent the DemocRAT Party appeared in Harper’s Weekly, drawn by political illustrator Thomas Nast, and they’ve been making asses out of themselves ever since.

That’s probably why our Quote for Today Committee chose Henry Louis Mencken’s “God is a Republican, and Santa Claus is a DemocRAT.”

CH also wonders how Dysfunctional DemocRAT Hamilton County Commissioner Odd Todd Opportune can really support the silly museum downtown when ACT may go under from lack of state funds. But wait, isn’t ACT the organization that actually HELPS people get off welfare?  Good choice, Odd Todd. WTF can you be thinking?

And did you see where your Hamilton County Property Taxes are due on Ground Hog’s Day. That way, if our Disingenuous DemocRAT County Auditor sees his shadow, you’ll have six additional weeks for over-taxed payers to file their complaints.

Regarding Bill Seitz’s efforts to get his property tax bill reduced: “If Bill Seitz doesn’t want to pay higher taxes, perhaps he should stop endorsing every tax increase that comes his way.”

There was an online survey on Tuesday for “Your Favorite Meteorologist,” and somehow Weather Buffoon Steve Horstmeier, who must really be computer illiterate, ended up in second place behind Valarie Abati, probably because he spent the entire afternoon voting for himself.

Finally, speaking of weather, how cold is it? Last night Cletus, our Brass Monkey, was outside banging on the back door, begging to come in. 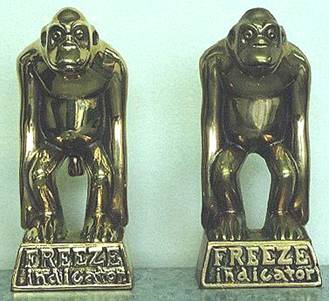 Bluegrass Bureau Chief Ken CamBoo says many people have been asking if The Blower would be giving a keepsake package away to celebrate Obama’s “historic” Coronation like the Fishwrap is doing. Ken responded by saying The Blower will be offering a copy of Obama’s birth certificate, a family portrait, and a picture of the family dog for $25, but when the CamBoozler received a $200 check from the Obama Transition Team, he figured maybe he did like Obama after all, and maybe we shouldn’t be making all those jokes about the Obamessiah.

In a related story Bill Gates wrote The Blower to say that Microsoft has come up with an update for their software that will no longer ask if you mean Osama when you try to type in the name Obama. Gates says just like the Fishwrap’s keepsake package and all those other “historic” Obama deals, this one also will only cost about $25.

Bernie Kunkel also wrote The Blower to say for $25 he’ll send you a copy of the letter Pat O’Reagan sent advising that he is being removed from the Executive Committee of the Republican Party of Boone County. Kunkel said for only $50, you’ll get a copy of the paperwork filed by Judge No Moore in 2010 when he decide it would be best to run as a Republican instead of a DemocRAT for Judge Executive in Boone County. Mr. Kunkel may also offer a photo for only $ 100 a photo of Judge No Moore in 2010 and Secretary of State Trey Grayson at the Democratic National Convention in 1992. Beanball Bunning wrote The Blower and said show me a politician in Kentucky who wants to crucify a man for asking a DemocRAT for his vote and I’ll show you a man who will get his ass beat in 2010. Patsy Crowley said now that Judge No Moore in 2010 wants to put the Northern Kentucky Telecommunication Board out of business by not renewing their agreement.

The Whistleblower broke the news of Dan “the Man” Humpert’s announcement to run for Kenton County Judge Executive that was held at his father’s gravesite.  Now let us get this picture straight: it’s 20 below, windy, snowing, and a little group of supporters stands around a frozen grave while Dan “the Man” explains each of the 49 reasons he’s running.  It’s becoming apparent Scott “Pass the Biscuits” Kimmich will waddle away with this Republican primary.

Finally, if you want to know how cold it was in Northern Kentucky last night, call Bobby Leach, to give him an excuse to check his new thermometer: 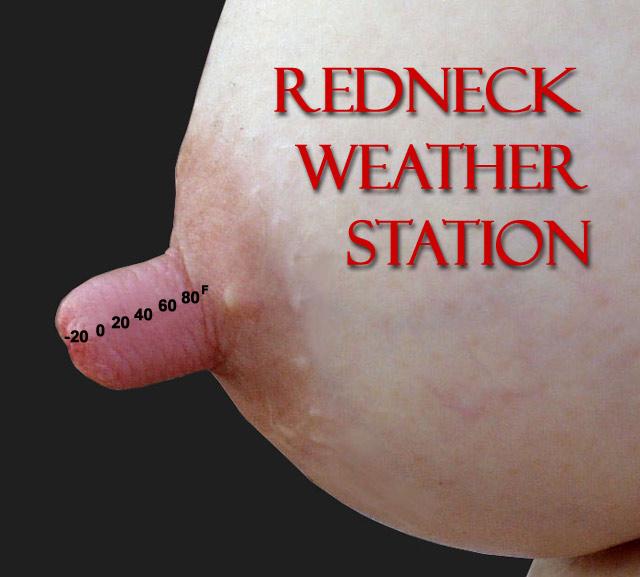 Today’s edition is brought to you by a generous donation during January fund-raising drive from the Portman for Senate Committee in hopes that The Blower will bestow our endorsement on his campaign.