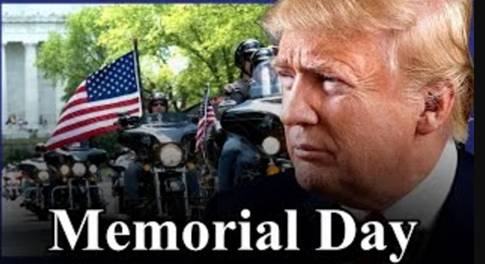 President Donald Trump honored US service members who made the ultimate sacrifice when he visited Arlington National Cemetery in recognition of Memorial Day this morning. Trump’s first Memorial Day Address at the wreath-laying ceremony marked his first comments in public since returning to the United States from his successful nine-day trip abroad.

Trump sent out several tweets Monday morning in advance of his visit, including:

Before the president began his remarks, Dunford thanked fallen military men and women who gave the ultimate sacrifice.

“They were people who stood for something larger than themselves, people who understood what we have in our country is worth fighting for,” Dunford said, introducing Defense Secretary James Mattis.

“To the families of the fallen both here, and at home, no words will ease your pain, but I bet you, let it have meaning –unite your sorrow with their awesome purpose,” Mattis said.

“Thank you for joining us as we honor the brave warriors who gave their lives for ours–Spending their last moments on this earth in defense of this great country and its people,” Trump began. “We only hope that every day we can prove worthy, not only of their sacrifice and service, but of the sacrifice made by their families and loved ones they left behind—special, special people.” 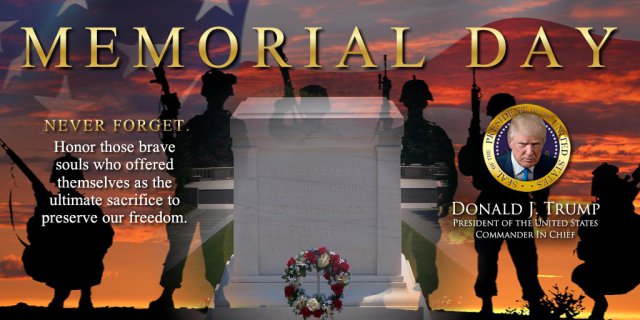 “I especially want to extend our gratitude to Gen. Kelly for joining us today—an incredible man—I always call him general,” Trump said. “He understands more than most ever could, or ever will, the wounds and burdens of war.”

Robert Kelly, 29, was killed in a roadside bomb blast in 2010 during a foot patrol in Afghanistan’s Helmand Province.

Trump added: “To the entire Kelly family, today, 300 million American hearts are joined together with you. We grieve with you. We honor you and we pledge to you that we will always remember Robert and what he did for us.”

Trump honored Gold Star families calling their fallen loved ones “angels sent to us by God,” in his first public address since returning from his first trip overseas as commander-in-chief.

“They all share one title in common—and that is the title of ‘hero’—real heroes,” Trump said. “Though they were only here for a brief time before God called them home, their legacy will endure forever.”

Trump went on to honor former Sen. Bob Dole and his wife, former Sen. Elizabeth Dole, and other Gold Star families and service men and women in the audience.

“While we cannot know the extent of your pain, what we do know is that our gratitude to them and to you is boundless and undying—will always be there, Thank you,” Trump said. “Their stories are now woven into the soul of our nation, into the stars and stripes on our flag, and into the beating hearts of our great, great people.”

“Today we also hold a special vigil for heroes whose stories we cannot tell, because their names are known to God alone–the unknown soldiers,” Trump said. “We do not know where they came from, who they left behind, or what they hoped to be, but we do know what they did. They fought and they died in the great and noble act of loyalty and love to their families and to our country.”

We don’t see a lot of news and pictures showing how Obama and his Government in exile are honoring America’s heroes on Memorial Day 2017. 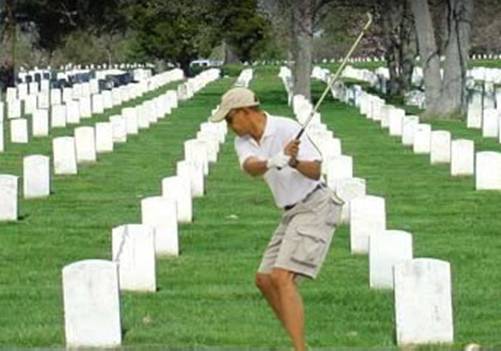