SATURDAY, FEBRUARY 24, 2017
Because Politicians Could Always Use A Little More FREE Media 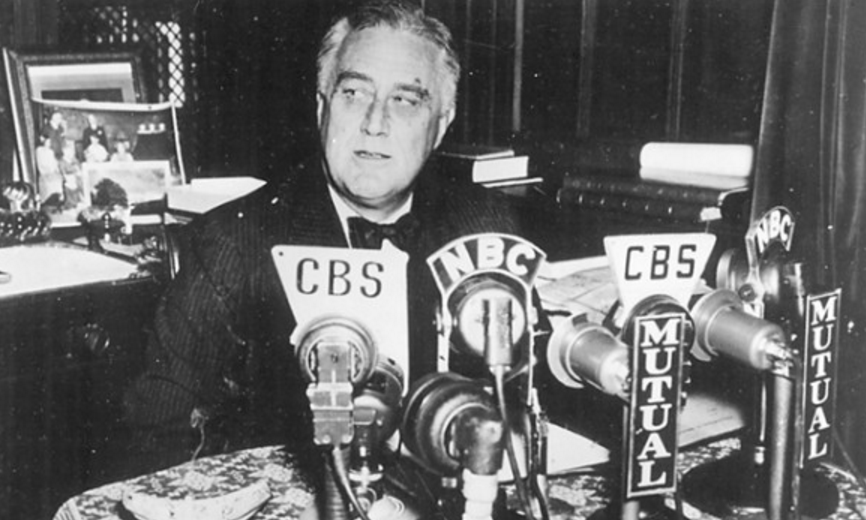 Franklin D. Roosevelt was the first U.S. president to deliver such radio addresses. Ronald Reagan revived the practice of delivering a weekly Saturday radio broadcast in 1982,[1] and his successors have all continued the practice. George H. W. Bush did not participate in the weekly radio address during his term, while Bill Clinton did so, often going over ten minutes with some speeches early in his term. George W. Bush began to have his addresses posted as an audio podcast once that technology became popular.[7] Obama introduced a weekly video address during his presidential transition period, and Donald Trump has continued the weekly video address.[2]

And not to be left out, Disingenuous DemocRATS also got their Free Weekly Political Commercial this week, when Illinois Senator Tammy Duckworth got four minutes of uninterrupted Trump bashing during Black History Month.

Because if there’s anything that will make America Great Again will be more FREE Political Speeches for most people to ignore.

Next week, Tom Perez will deliver the Disingenuous DemocRATS’ FREE Weekly Political Commercial to celebrate the establishment’s hold on the party after Obama’s former Labor Secretary was elected DemocRAT National Committee chairman today, after Donna Brazile Worried About VOTER FRAUD at the DNC Election. No Kidding!