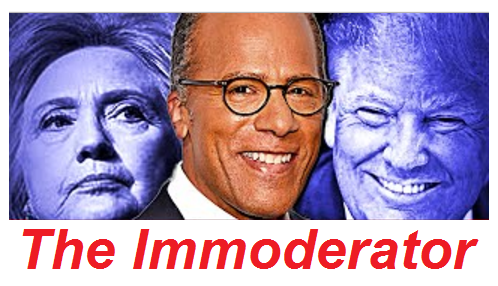 It’s amazing, but this afternoon in the Whistleblower Newswroom, some people actually thought NBC’s Lester Holt might use his position as the so-called “moderator” of tonight’s first Presidential Debate to help Crooked Hillary.  But wouldn’t that make Lester the “The Immoderator?”

CNN’s Brian Stelter says Lester Holt had signaled to his NBC colleagues that he may be entering the fray in tonight’s presidential debate as a participant rather than a moderator — thanks to intense left-wing backlash over Matt Lauer’s performance at the “Commander in Chief Forum” weeks ago.  (MORE)

It won’t be the first time Trump not only debated his actual opponent but then had the so called “Moderator” start debating Trump as if he were running for election too.

Boston Radio Legend Howie Carr says First Presidential Debates are a lot like Super Bowls — most years they don’t live up to the pregame hype. How could they? The difference between debates and Super Bowls is that at kickoff, the score is even, 0-0. Tonight night at 9, Hillary starts with at least a 14-0 lead, maybe 17-0. That’s her built-in mainstream media advantage. Vegas wouldn’t touch this one with a 10-foot pole. It’s fixed. (MORE)

Headline Of The Day shows us “A Tale of Two Lester Holt Interviews.” 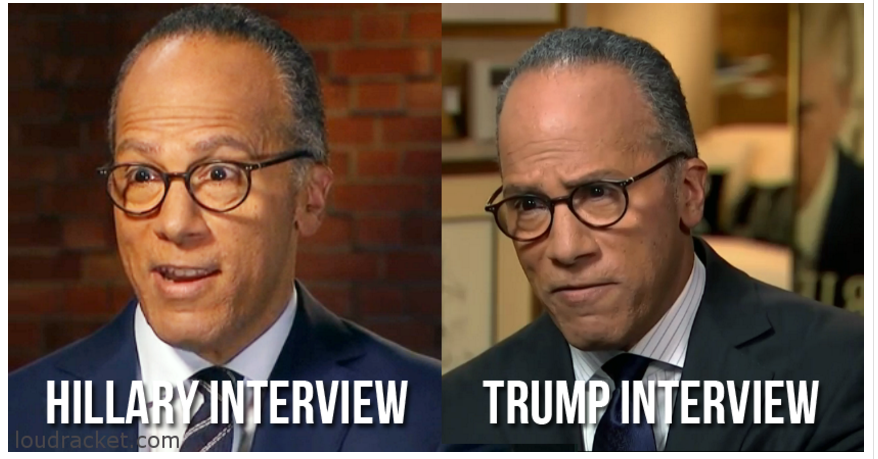 That’s why The Blower thinks Lester just might be trying to pull a “Candy Crowley” tonight. 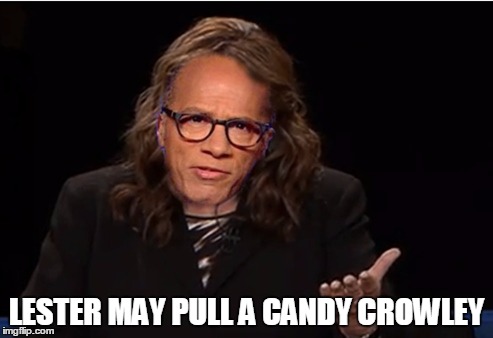