TODAY IS
FRIDAY, DECEMBER 16, 2022
TRUMP’S SIX-HUNDRED-AND-NINETY-FIFTH DAY OUT-OF-OFFICE
AND CAN YOU IMAGINE YOUR WUSSIE REPUBLICANS DOING ANYTHING LIKE THIS TODAY? 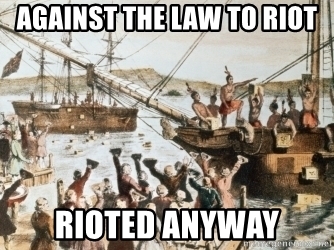 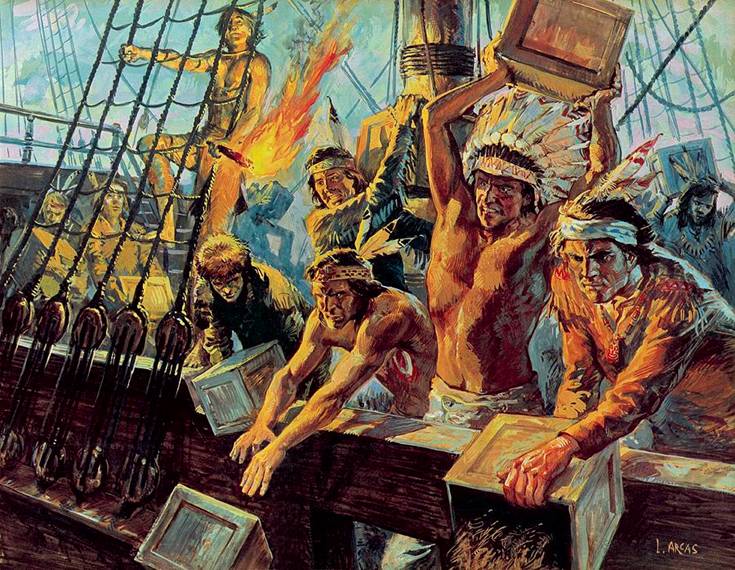 AS HURLEY THE HISTORIAN explained:  On today’s date in 1773, a group of Massachusetts colonists disguised as Mohawk Indians boarded three British tea ships moored in Boston Harbor and dumped 342 chests of tea into the water. Now known as the “Boston Tea Party,” the midnight raid was a protest of the Tea Act of 1773, a bill enacted by the British Parliament to save the faltering British East India Company by greatly lowering its tea tax and granting it a virtual monopoly on the American tea trade. Curiously, none of our local so-called TEA Party organizations appears to be talking up any sort of big TEA Party Day celebration today. Maybe Ohio TEA Party Guy Tom Zawistowski forgot to remind them it was supposed to be today. No wonder Donald Trump never held a rally for any of those local so-called TEA Partiers. 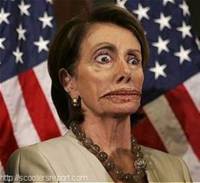 SPEAKING OF PARTIES, For those of you planning to join Beloved Whistleblower Publisher Charles Foster Kane and “TaxKiller Tom” Brinkman at “Mean Jean” Schmidt’s Christmas Party at the Patriot Center, 6660 Clough Pike, where the disgraced former U.S. Congresswoman plans to celebrate her return to politics because the TEA Partiers weren’t standing in her way, let’s all sing the eighth verse of “Mean Jean” Schmidt’s Twelve Days of Christmas,” sent in by that Dishonest D-RAT soon-to-be Former Speaker of the House Nutty Nancy Pelosi, who remembers in 2008, “Thanks to ‘Mean Jean’ (whose winning percentage was the smallest in the nation), Hamilton County turned “Blue,” D-RATS won the entire state of Ohio, and Obama became president of our multicultural United States. It goes something like this:

FROM THE WHISTLEBLOWER ARCHIVES: Edition #30 of the Original Whistleblower, published nearly 32 years ago on December 18, 1990 (back in the really low tech days when The Blower used to be printed and delivered all over town), that week’s “Really Big Story” featured then-Hamilton County Clerk of Courts “Jaywalking Joe Deters answering 8-year-old Virginia O’Hanlon’s question. 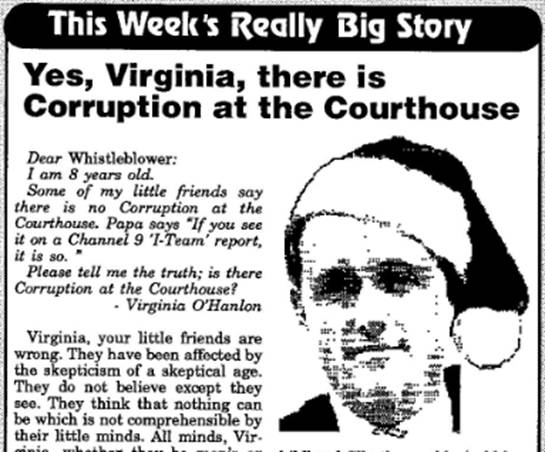 ‘TIS THE SEASON: The Adams County Travel and Visitors Bureau located in East Jesus, Ohio, says if you’re still having trouble finding those Amazing Amish Christmas Tree Lights, call them for directions at 1-937-544-5639. 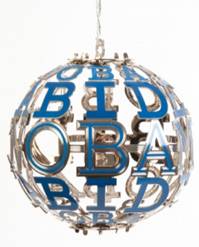 SPEAKING OF GIFTS: What better way to get our dwindling number of Obsessive Obama Supporters like Tom and Rose to demonstrate their unwavering devotion than to get them to purchase one more Obama Christmas item this year, like this rhodium metal ornament made in China for only $40 with proceeds still benefitting Obama’s Third-Term Re-election Campaign. Obama Supporters in the Press continue to promise “690 More Days of Fake News” during Illegitimate Resident Joke Biden*s Worst Term In History, with proceeds benefitting Hunter Biden’s Legal Defense Fund. Trump 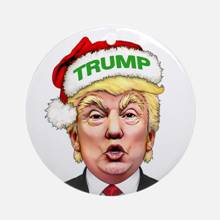 supporters can buy Trump Christmas ornaments, too. Many of them have the Trumpster’s picture on them. What a surprise. 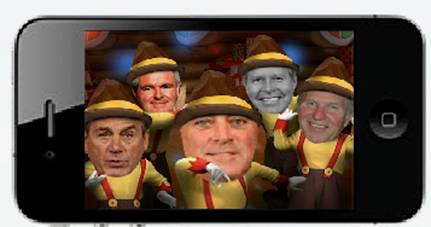 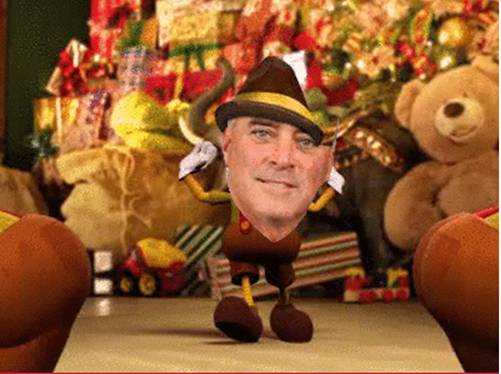 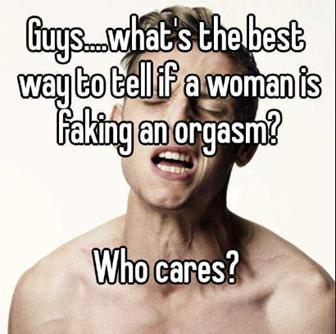 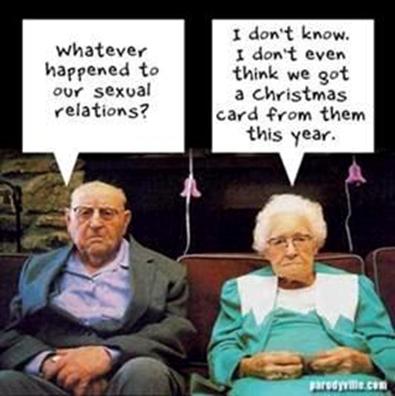 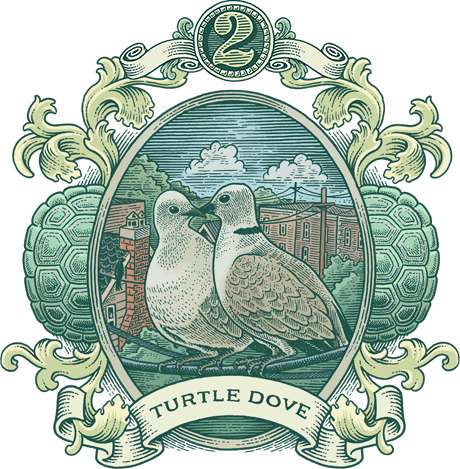 DUMBED-DOWN D-RAT GAME SHOW CONTESTANTS FEATURING PELOSI’S BOY TOY, BUT WE’RE NOT SURE WHICH PELOSI’S, ON THE PROGRAM 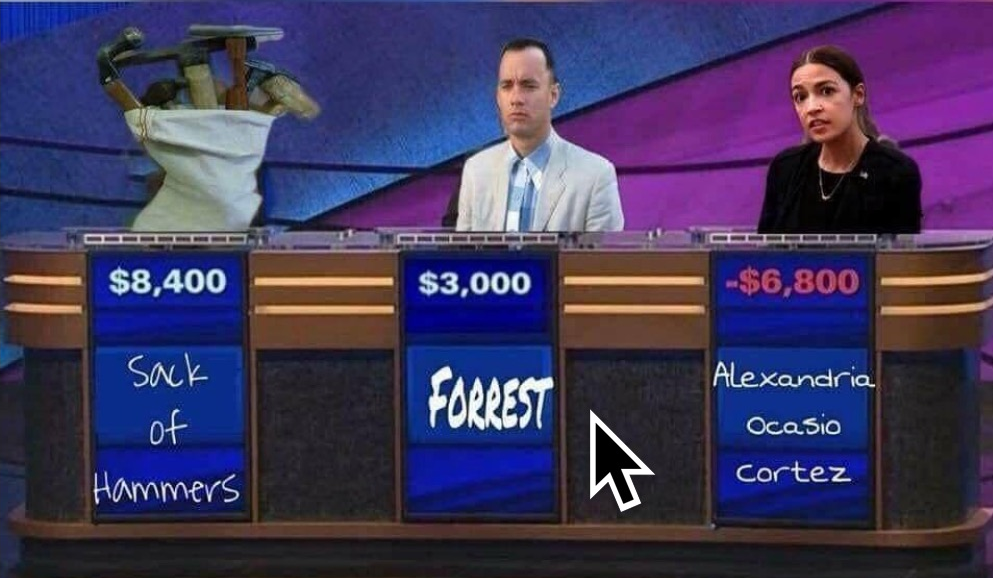 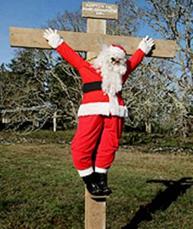