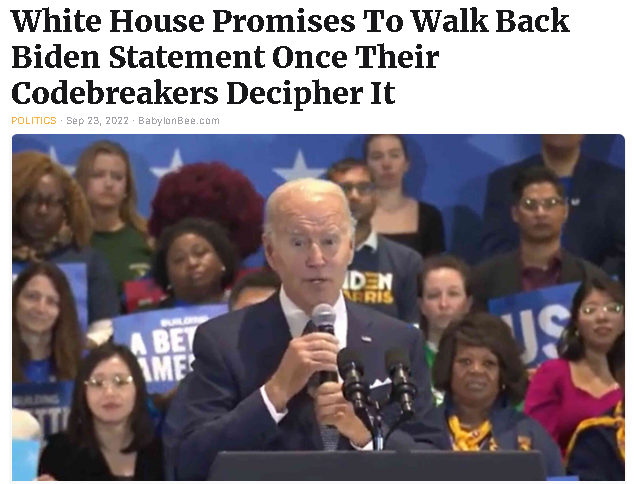 FRIDAY, SEPTEMBER 23, 2022
TRUMP’S SIX-HUNDRED-AND-ELEVENTH-DAY OUT-OF-OFFICE
AND HERE’S SOMETHING YOU WON’T SEE ON THE NIGHTLY NEWS 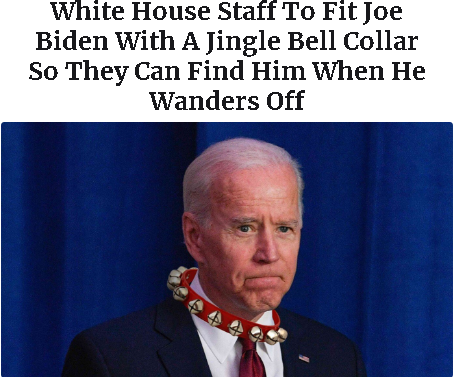 FBI Gets Great Night’s Sleep After Raiding My Pillow Guy 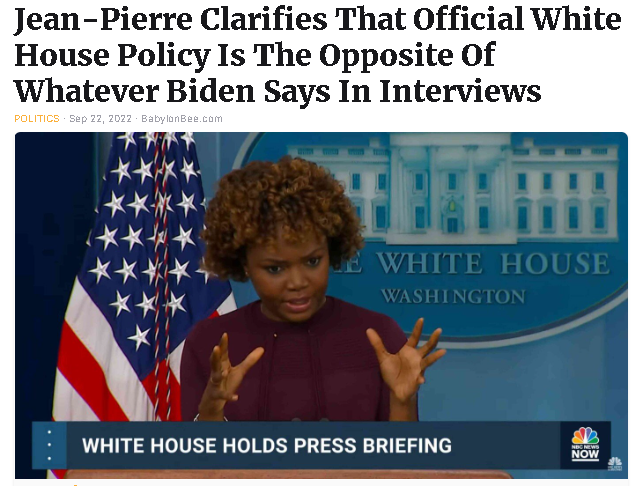 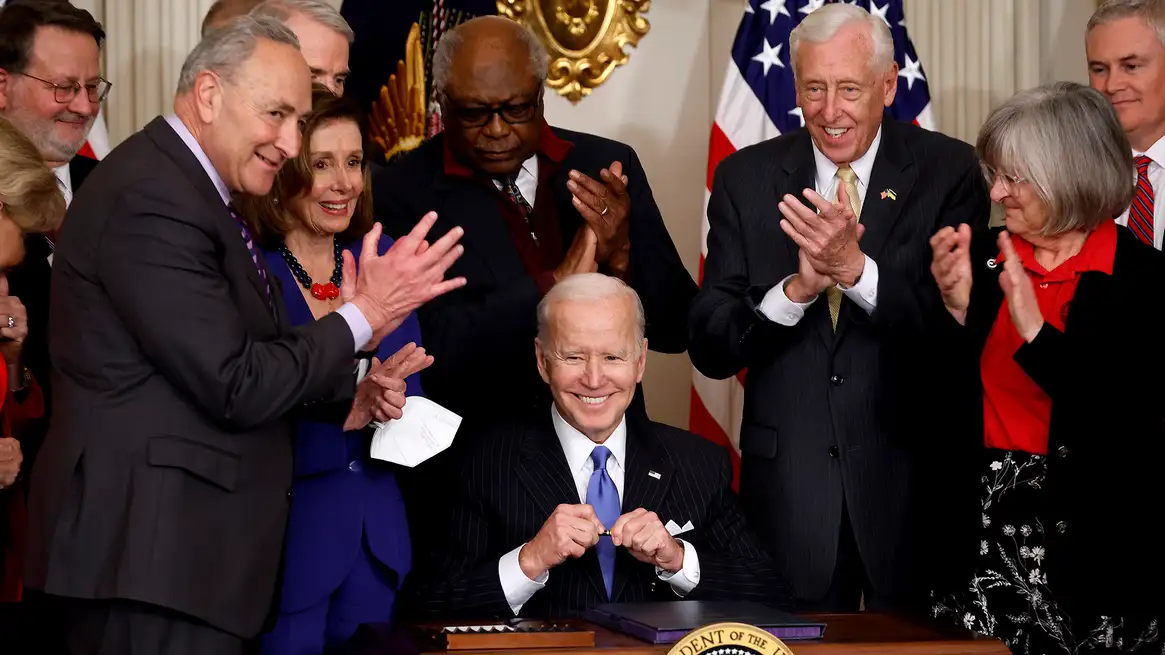 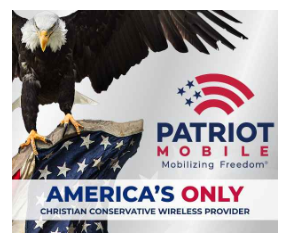 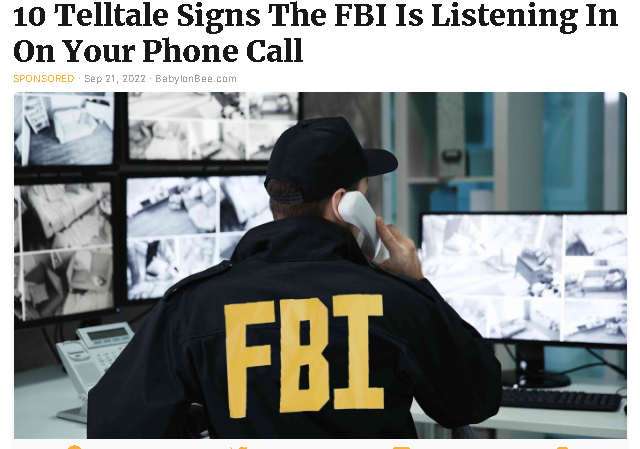 Are you a red-blooded American PATRIOT who loves God, guns, family, and freedom? Better watch out, the FBI probably thinks you’re a domestic terrorist! They could be watching you read this right now. They could be listening to your phone calls!

Fight back against those Feds by learning all the telltale signs one of them is listening in on your phone conversation:

Make the switch today to receive free activation (code: BABYLONBEE), nationwide dependable coverage, support from our 100% US-based team, and the peace of mind that your money is going to a company that LOVES God and this country. We’re actively working every day to support Christian conservative causes.

Learn more at www.patriotmobile.com/babylonbee or give us a call at 972-PATRIOT. 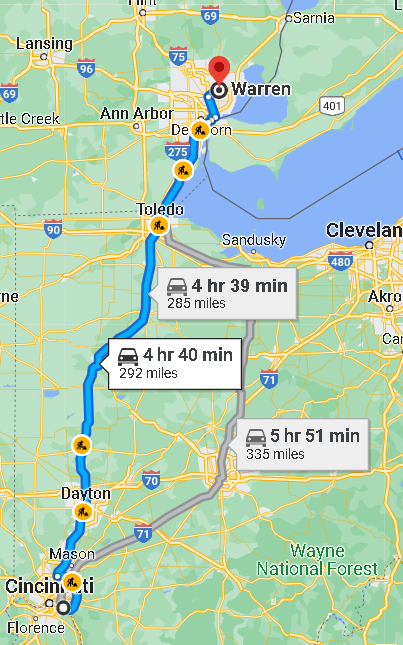 Foster Kane Says The Conservative Agenda is watching to see if any progress is made during the 46 DAYS BEFORE THIS YEAR’S MID-TERM ELECTIONS ON NOVEMBER 08 unless they’re postponed.