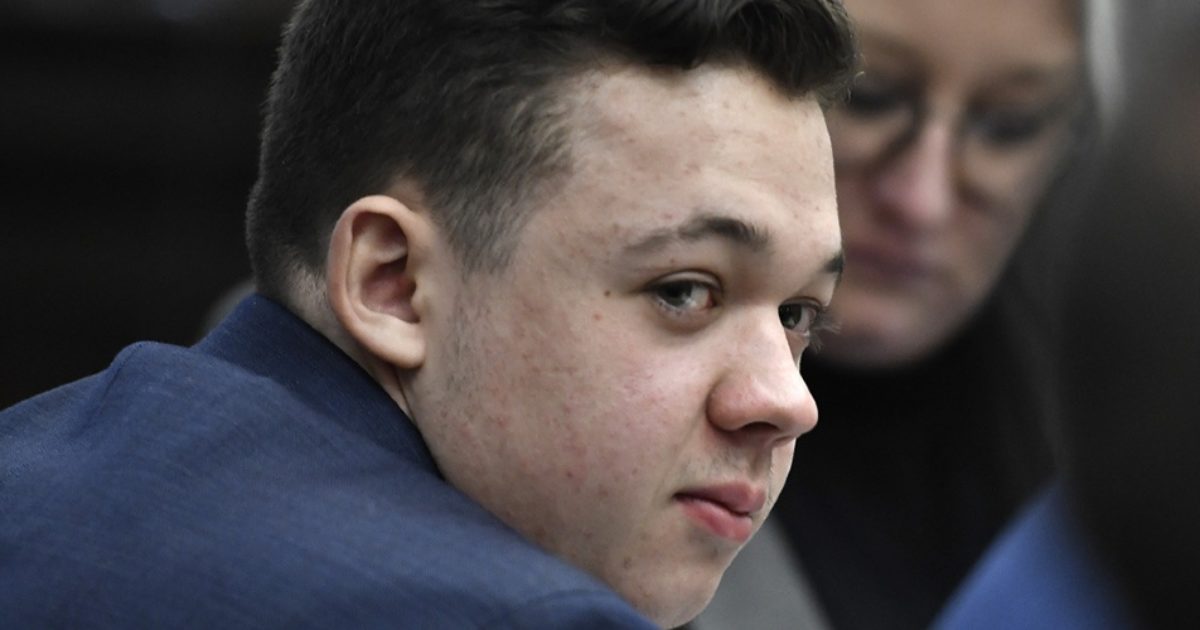 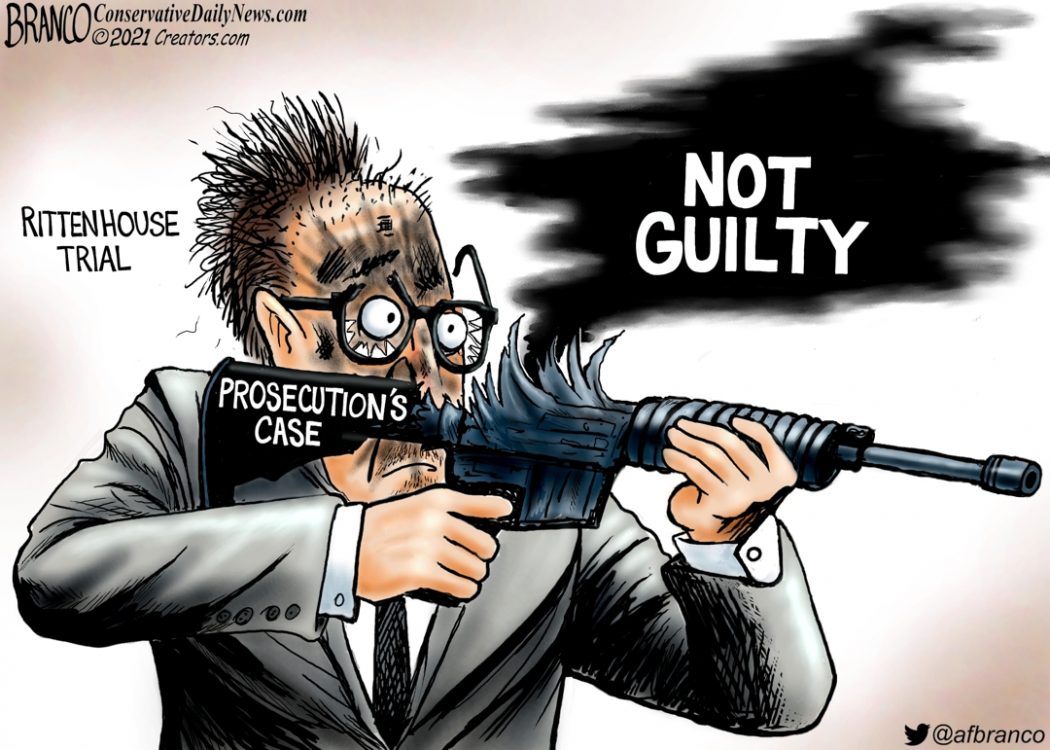 MEANWHILE, BEN GARRISON SAYS, “Joseph Stalin would be proud of Joseph Biden. The Biden Regime is using the FBI to silence political enemies just like Stalin did by using the NKVD, later known as the KGB.” 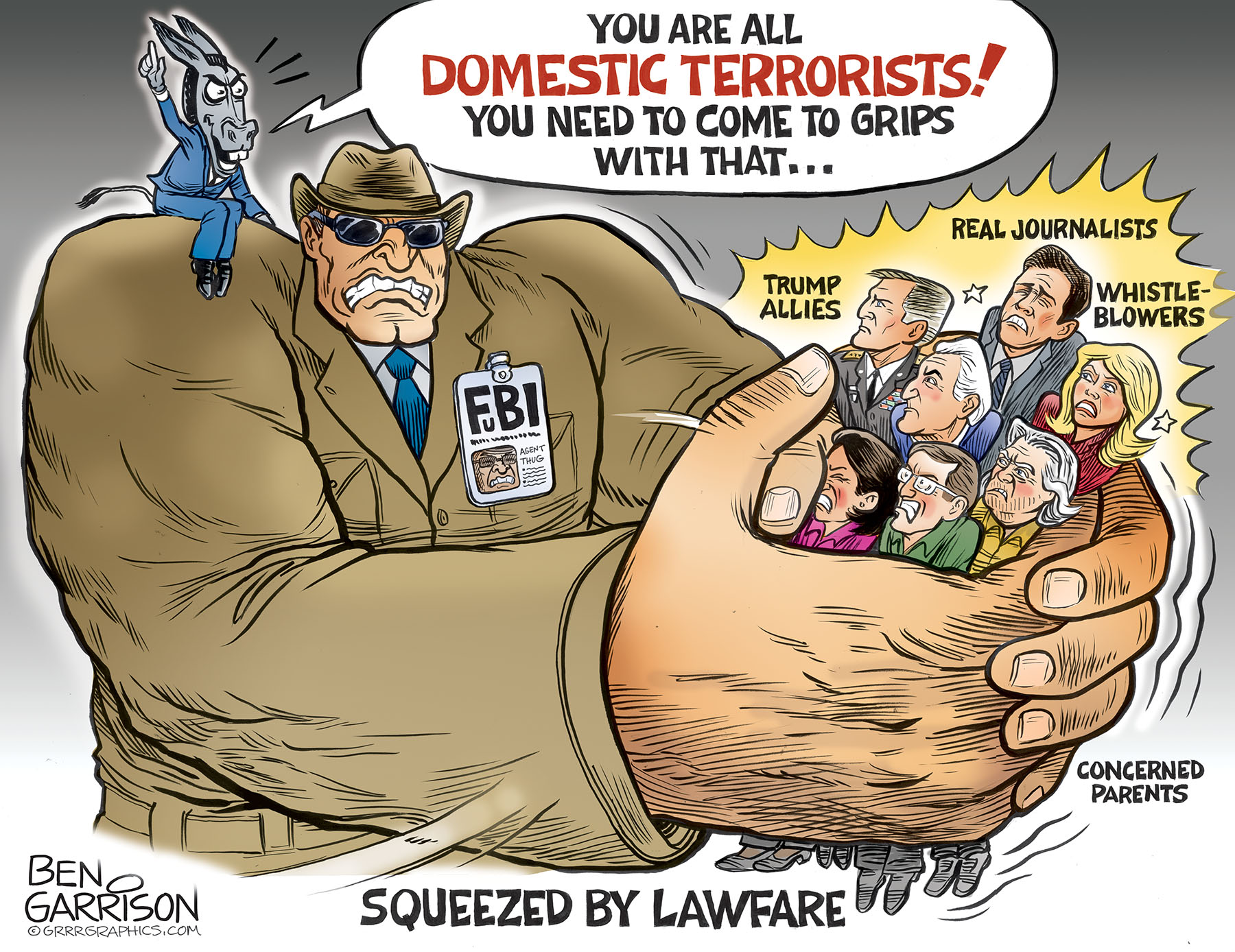 The FBI has long been politicized. The Democrat functionaries within the bureau attacked Trump and his associates over the Russia Collusion scandal. Of course, there was no collusion. They knew it was all made up by Hillary Clinton. Still, her party and the left-leaning corporate media promoted the lie throughout Trump’s term and the FBI was only too eager to go along.

General Flynn was trapped by the FBI for forgetting a detail. He was accused of lying to the FBI and then harassed with lawfare. Obama’s man James Clapper lied to Congress and the FBI at will and was rewarded with a copious pension by the Democrats.

Roger Stone, a peaceful man in his 60s, was the victim of a pre-dawn raid. Dozens of heavily-armed FBI agents arrested him for speaking out against Hillary and her phony Russia collusion hogwash. CNN was there too, in order to make sure Americans perceived Roger as some sort of arch criminal. Stone then had to fork over millions of dollars for his legal defense before President Trump finally pardoned him. In many ways, the FBI attack on Stone set the pattern. Dressed as a swat team or military commandos, the FBI must get a thrill out of storming homes with high-powered rifles and battering rams at the ready. They intimidate those who are perceived to be enemies of the Democrat Socialist Party. To Biden and Hillary, their enemies are domestic terrorists and therefore treated as such.

The Biden regime now shamelessly leverages the FBI at will to silence important voices who are exposing Democrat corruption. Parents who complain to school boards about anti-American hate being taught to their children are now being threatened with pre-dawn raids by FBI bullies.

James O’Keefe produces real journalism and his ‘Project Veritas’ organization has been a thorn in the side of Democrats. Recently, ten heavily-armed FBI agents crashed into his home and handcuffed him. One of the agents had a battering ram. They seized his papers and electronics. Why? Because he had seen Ashley Biden’s alleged diary and refused to publish it. Ashley is Joe Biden’s daughter. She wrote about being sexually abused by her father. O’Keefe’s private contacts and sources were then leaked to the New York Times. Even the ACLU denounced this abuse of power. Ashley’s diary was most likely an excuse. What the Biden Regime really wanted was O’Keefe’s sources and contacts. This is something Stalin and his KGB would do.

The Socialist Democrats also went after Steve Bannon, who turned himself into the FBI last week. Look for Pelosi and her ilk to put the squeeze on him. They’d love to see him tossed in Washington D.C.’s version of the Lubyanka Prison and join the rest of the Trump-supporting protestors from January 6.
Their latest target for attack was Tina Peters, a Mesa County Colorado clerk who blew the whistle on the corruption behind the Dominion voting machines. The FBI came crashing into her home with weapons drawn. They had nothing to fear from her, but they wanted to make a point. They wanted to cast fear into other potential whistleblowers.

This abuse of power will only grow worse if there is no pushback.

But first, we must see a Corleone Political Reckoning on Election Integrity and Total Accountability For Laws Broken During The Illegal 2020 Presidential Election, without which nothing else really matters.

Beloved Whistleblower Publisher Charles Foster Kane Says The Conservative Agenda is watching to see if any progress is made during the next 165 days before this next year’s primary elections on May 03.