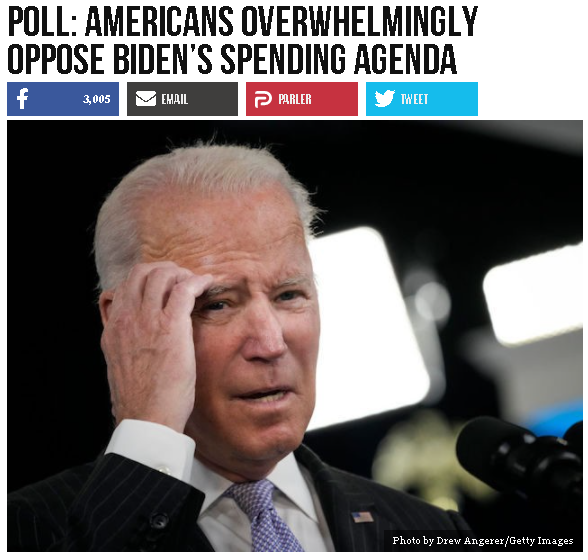 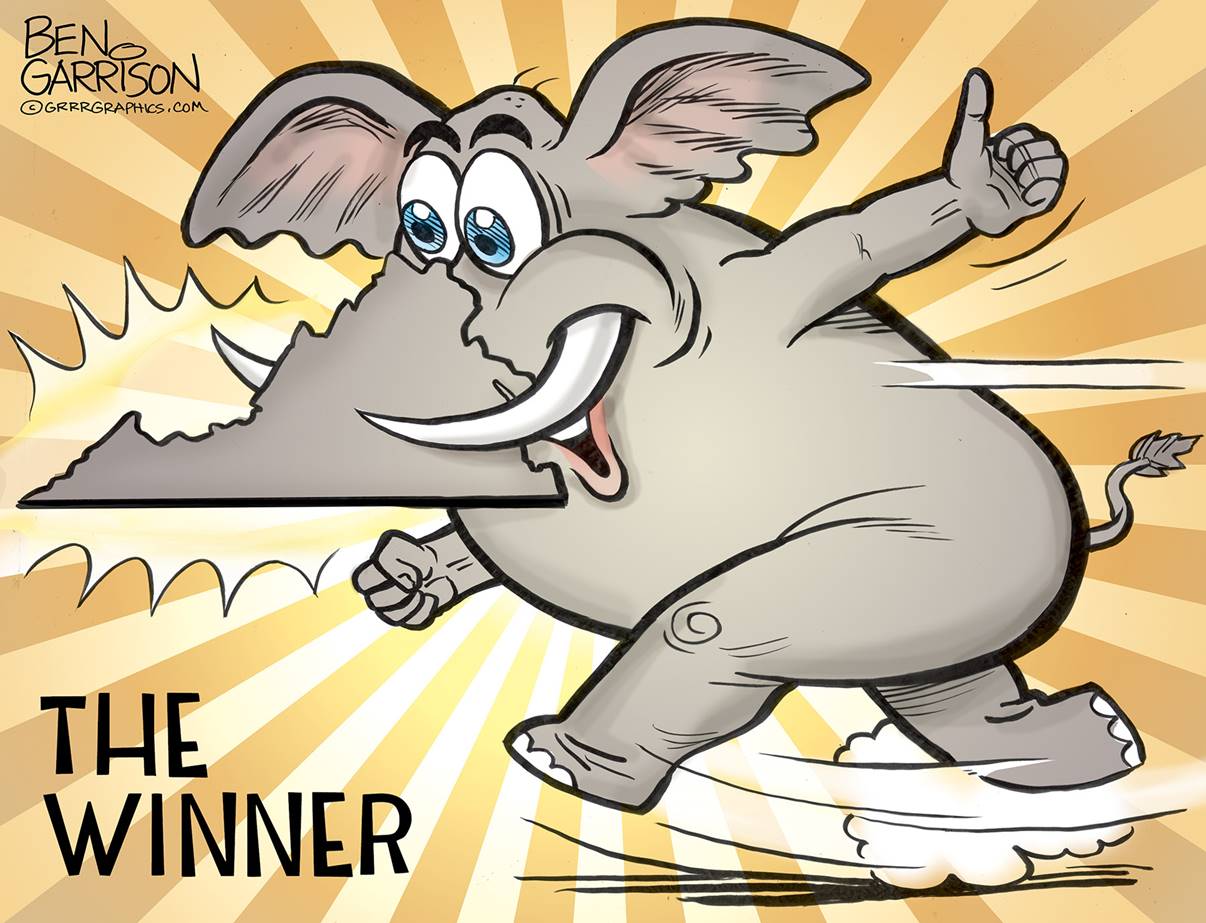 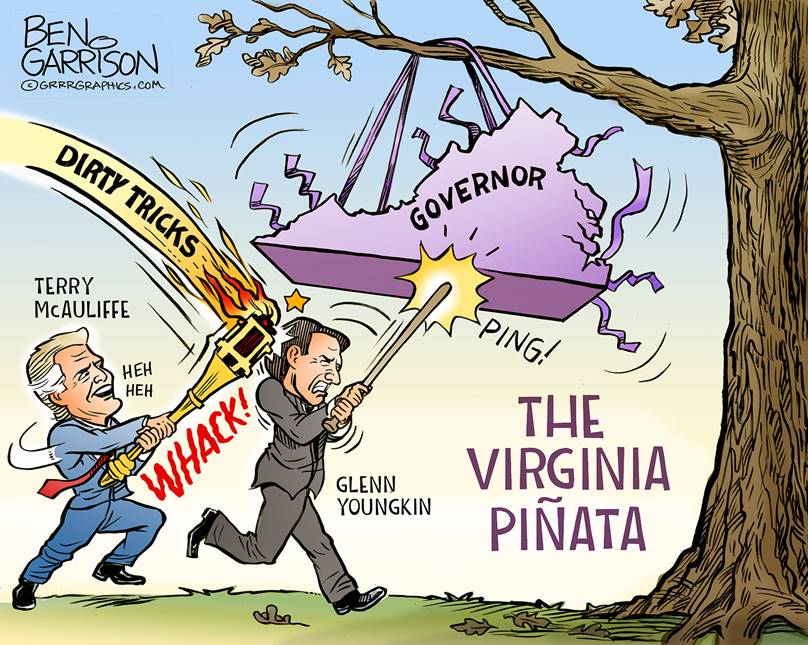 Will professional grifter and race baiter Terry McAuliffe win the race for Governor in Virginia today? Considering what happened with the 2020 election the answer is probably yes. If FOX News calls the race with 10% of the vote in for McAwful, then we will know for sure.
I kid.
But I don’t.
Last week Democrat staff members showed up at a Glenn Youngkin rally dressed in kaki and carrying “tiki torches” posing as “white supremists.” In the left’s minuscule minds kaki, ball caps and tiki torches are the telling signs of racists. The hysterical thing about the lame PR stunt is they used a black man to fill out their ranks. If they were REAL white supremists would they have included him?
Glenn Youngkin, endorsed by Donald Trump, is ahead in the polls but that means nothing. Trump had ten of thousands of people at his rallies while Biden could barely get a dozen. Biden “won” the election with “81 million votes,” the most popular President ever.
If enough people turn out to vote for Glenn Younkin today in a landslide type event, then maybe he can overcome the Democrat’s dirty tricks and win.
Hopefully there are plenty of poll watchers to keep an eye on things, otherwise we are in for another stolen election.
We wish Glenn Youngkin the best of luck!
GrrrTeam

Beloved Whistleblower Publisher Charles Foster Kane Says The Conservative Agenda is watching to see if any progress is made during the next 180 days before this next year’s primary elections on May 03.