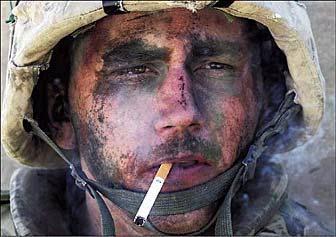 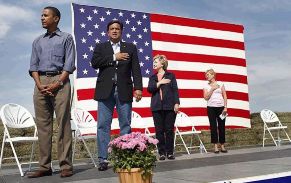 In 2008, more than 63 million Dumbed-Down, Self-Absorbed, Media-Influenced, Celebrity-Obsessed, Politically-Correct, Uninformed, Short-Attention-Span, Free-Stuff Grabbing, Low-Information Obama Supporters Who Put The Positively Worst President in History In The White House—Twice, And Unsuccessfully Tried To Give Obama a Third Term By Voting For Crooked Hillary, and get all of their information from our Obama-and-Hillary Supporters in the Press, like the ones on Channel 5, 9, 12, and 19, who totally ignored John McCain’s heroic war record and voted for Obama and all those other Disgraceful DemocRATS, must not have thought a silly little thing like Patriotism was still important 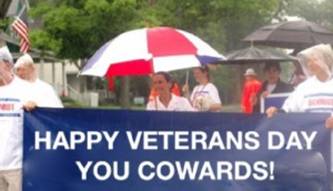 This Veterans Day, no doubt Veterans will be reminded of the time That Corrupt Evicted Lying Plagiarizing Meddling Overblown Tax-and-Spend RINO Bitch-in-a-Ditch “Mean Jean” Schmidt trashed war heroes in Congress, as today we remember “Mean Jean” and all those other shameless politicians attempting to exploit the troops on Veterans Day one more time. 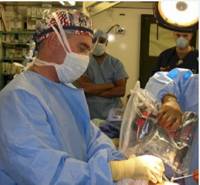 At least in 2012 our Bitch-in-a-Ditch was replaced in Congress by a real war hero— Lt. Colonel “Bronze Star Brad” Wenstrup, who’s actually still serving his country by performing surgeries on returning injured veterans at Walter Reed Hospital, since America’s War on Terror is hardly over, while some cynics at The Blower say it has only begun.

Tomorrow, it will be interesting to see how President-elect Trump observes Veterans Day.

Last year, Purple Parking Spots reserved for veterans who’ve been wounded in combat began appearing in Ohio. The color purple, in this case, is a direct reference to The Purple Heart, a medal given to our wounded warriors.

The Wounded Warriors Family Support organization is behind these parking spaces and each one also comes with a sign, just to make the message clearer.

So far, the project has not caught on nationwide, but, with it being such a great cause, one would imagine we should all be seeing more of them as time goes by. 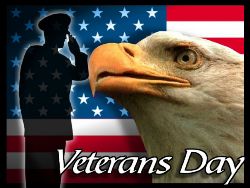 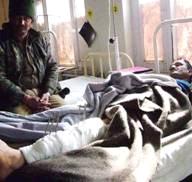