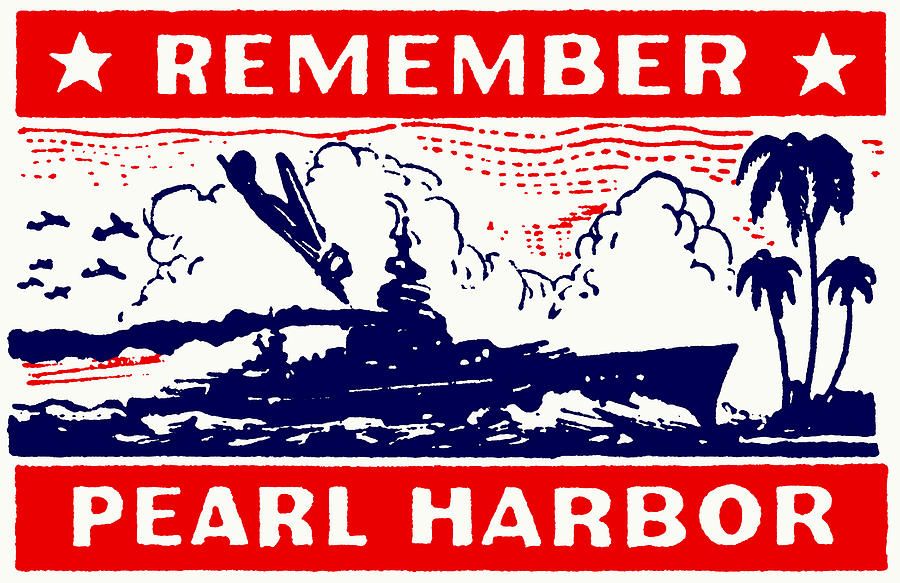 LONNIE COOK, A PEARL HARBOR SURVIVOR, TALKS ABOUT WHAT HE EXPERIENCED ON DEC. 7, 1941. 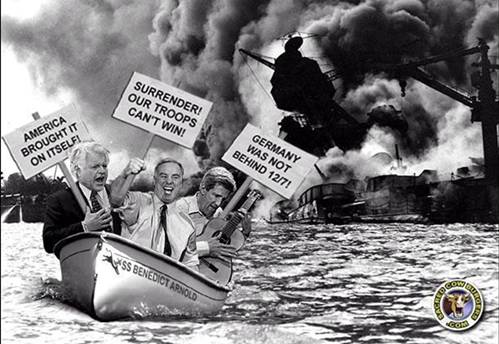 Hurley the Historian says today is the Eighty-First Anniversary of the Japanese sneak attack on Pearl Harbor, or as the Obama Administration used to call it, “the Asian Spring,” and six years ago The Blower was trying to ignore political correctness running amok during the then- 45 More Days of Dishonesty and Division for America remaining during the Dark Ages of Obama’s Second Term. That’s why The Blower’s Official Pearl Harbor Joke has always been: “You can always tell when it is December 7th, because there’s a little nip in the air.”

And every year during the Obama Administration, The Blower always wondered what the Blamestream news coverage would’ve been like if that Pearl Harbor attack had happened during the Then-Worst American Presidency in History.

Maybe that’s why our Quote for Today Committee chose Diane Watson’s “The parallels between 9/11 and Pearl Harbor are striking. In each instance there were warning signs before the attack, and in each instance our government failed to connect the dots.”

That’s why Obama’s failure to protect America from ISIS was even more striking.

The Washington Post said when Japanese Prime Minister Shinzo Abe went to Pearl Harbor for a photo-op with Obama, he was the first Japanese leader to visit the site of the attack on Hawaii then-75 years ago that thrust the United States into World War II. The joint trip came after Obama went to Hiroshima with Abe in May 2016, making him the first sitting American president to visit the city where the United States dropped the first of two atomic bombs in 1945 to force Japan’s surrender. Abe said he visited Hawaii last year to “pay tribute” to military personnel from both sides of the Pacific who died during the war. About 2,000 Americans were killed in the Pearl Harbor attack. “This visit was to comfort the souls of the victims. We’d like to send messages about the importance of reconciliation” between the two countries, Abe told reporters in Tokyo.

Although Abe was returning the favor that Obama did for him by visiting Hiroshima, the Pearl Harbor visit was hoped to smooth the way for Abe to build a strong relationship with the incoming Trump administration. The Blower assessed that Trump and his team would be applauding the visit, since Abe was the first foreign leader to meet with President-elect Donald Trump in New York. Tokyo had been alarmed by Trump’s rhetoric on trade and security, and Abe said afterward that he had “a very candid discussion” with him. 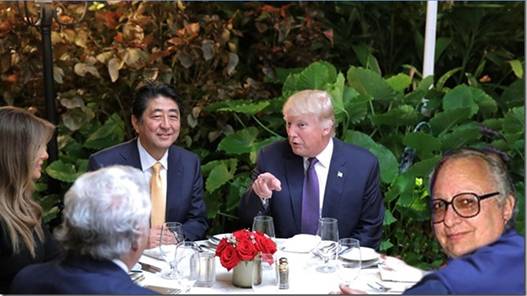