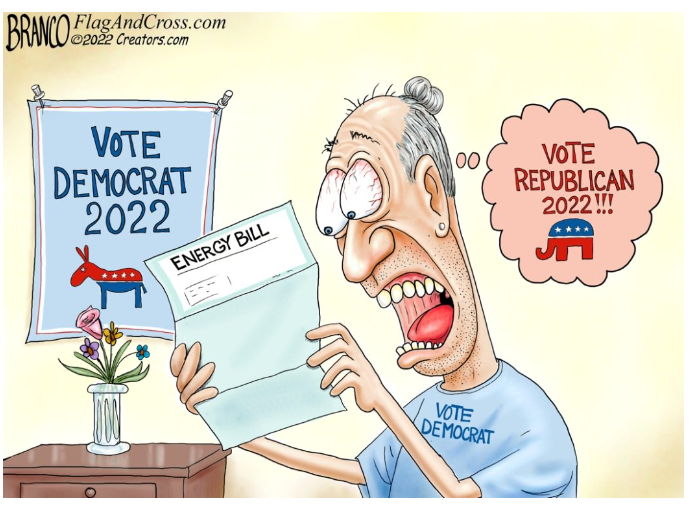 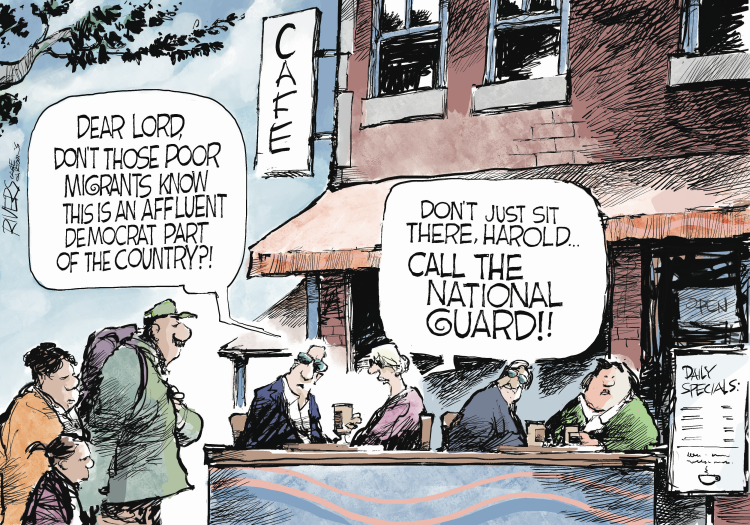 The Tolerant Left Isn’t Tolerant Of This

.MEANWHILE, BEN GARRISON SHOWS US: “GUESS WHO JUST GOT VOTED OFF THE ISLAND” 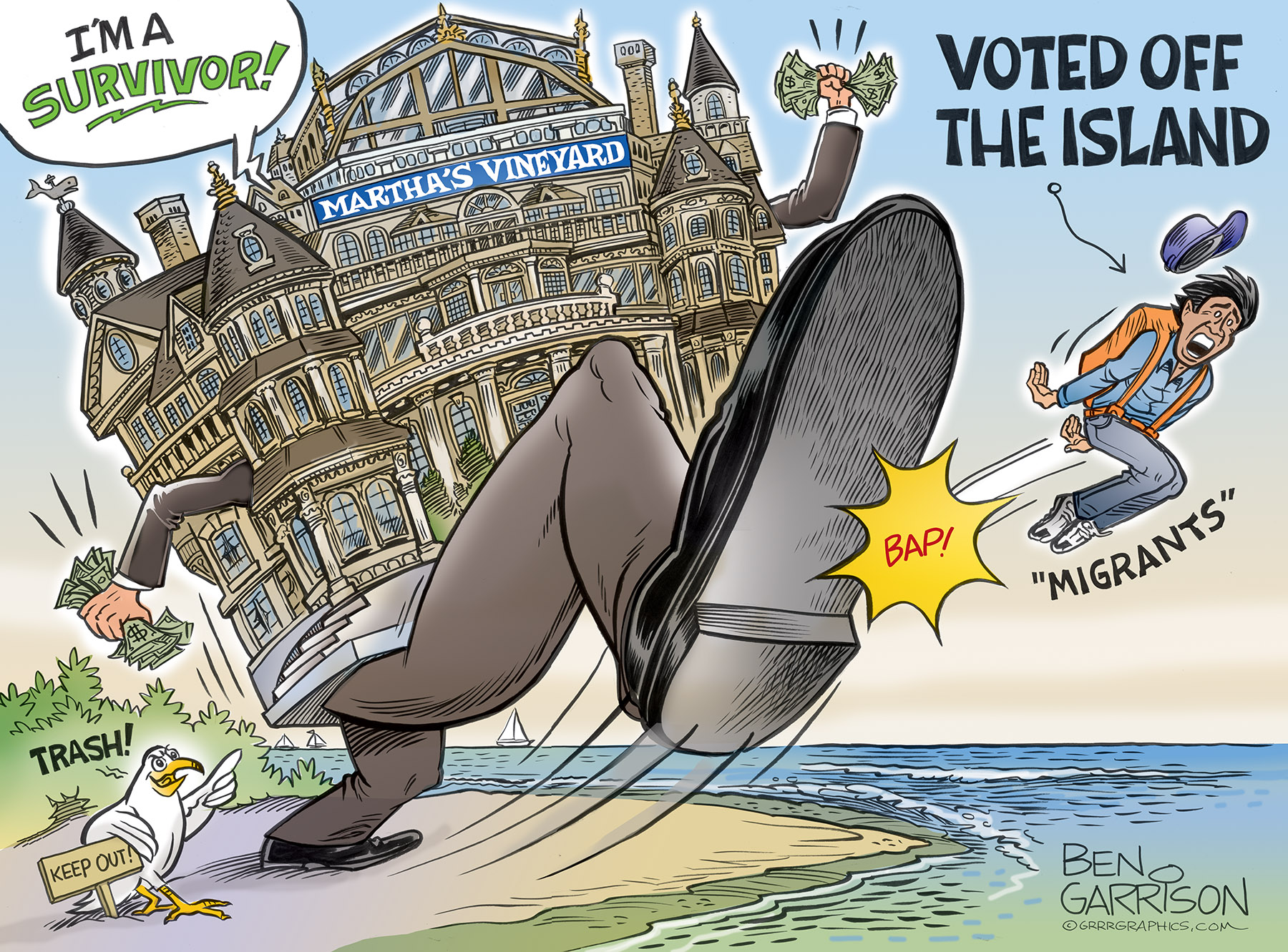 Florida Governor Ron DeSantis woke up the ‘woke’ elite on Martha’s Vineyard a bit more than they would have liked when he flew in nearly 50 ‘migrants’ who came to the US illegally. He wanted to give the far-left elite a taste of what his state and Texas are dealing with: An endless influx of millions of illegal aliens, thanks to Joe Biden’s open border policy.

We saw just how much leverage the ultra rich have. The National Guard quickly whisked away the ‘invaders’ to a military prison camp right after the migrants had finished their bowls of Fruit Loops. Do the poor and middle class along our borders have such power? Of course not. Biden expects them to suffer the ‘gift’ of illegal immigration and crime. He knows the rich on Martha’s Vineyard donate to Democrats, but the poor have no voice—no influence. So they suffer. The National Guard is not about to save them.
Meanwhile, Biden and his Marxist-minded millionaire friends enjoy the good life. Joe has enjoyed raking in millions of dollars obtained by graft. His beachfront property in Delaware is protected by a giant 500,000 dollar wall all around—paid for by US taxpayers, of course.
We know that Biden will suffer no personal ill effects from any of his terrible decisions. He has no sympathy for Americans facing dire consequences of illegal immigration. Biden cares only about serving his globalist banker masters and enriching himself by any means necessary. He has no morals or scruples. He’s a beady-eyed arch-criminal who spews endless lies.

The inhabitants of Martha’s Vineyard vote for Joe, and while not all of them are high on the sociopathic scale like Biden, one of their most prestigious residents is—and that’s Barack Obama. Obama could have used the occasion to set up a giant tent and let the migrants stay at his place. After all, he had such a tent and far more guests at his giant 60th birthday bash about a year ago. He had originally planned for the attendance of 700 people, but he scaled it back to a few hundred due to Covid. The Obamas could have easily accommodated the migrants, but no—they weren’t the right kind of people. Apparently Obama hates poor brown people. He certainly murdered enough of them with his drone strikes in the Middle East. Barry prefers hanging with the rich white crowd so he can talk to them about ‘racism.’
It’s not just Obama—mansions are strewn across the island. They have plenty of spare rooms. They could have at least allowed the migrants to pitch some tents on the beach, but no—they could not have what one resident referred to as ‘trash’ on their elite and exclusive island.
We now know what the fabulously rich, virtue-signaling liberals REALLY think of illegal immigration. They’re all for open borders, sanctuary cities, and embracing ‘diversity’ as long as the poor and middle class have to deal with it. Thank you, Ron DeSantis, for pointing out their hypocrisy. 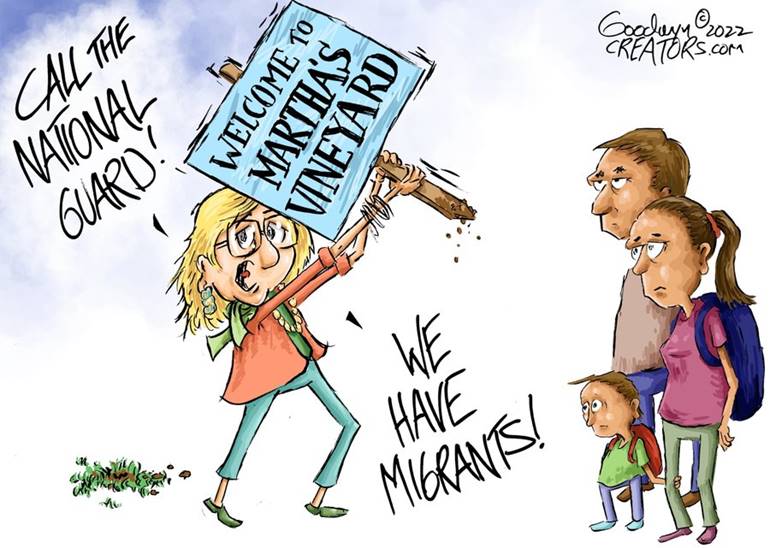 Foster Kane Says The Conservative Agenda is watching to see if any progress is made during the 48 DAYS BEFORE THIS YEAR’S MID-TERM ELECTIONS ON NOVEMBER 08 unless they’re postponed.