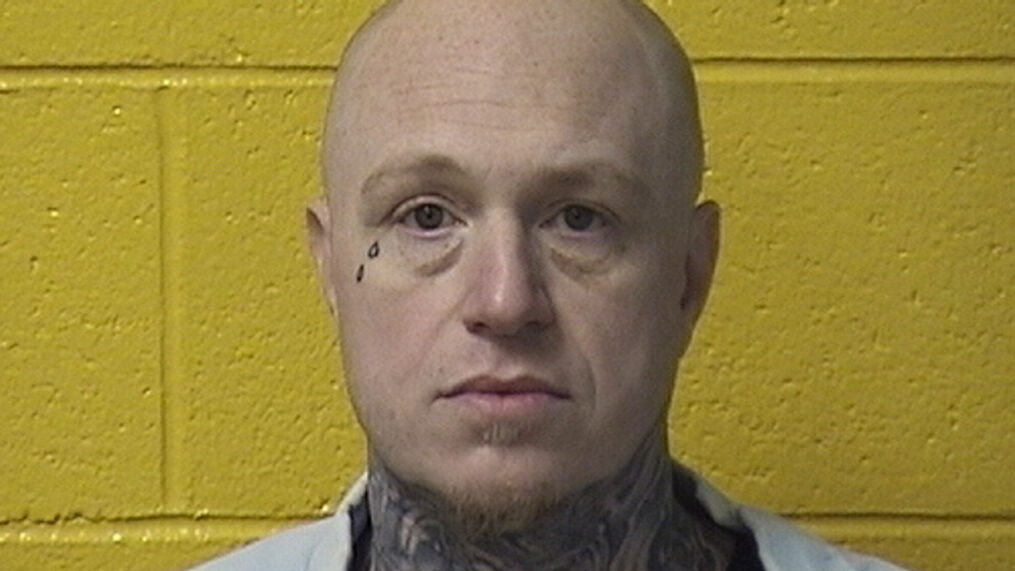 Edition #61 (published on July 30, 1991) of the original printed edition of The Whistleblower (not the Newswire) was delivered to Persons of Consequence all over town. It was our “Having No Problem Sleeping At Night” Issue, and our Really Big Story was all about No More Mr. Nice Guy For Steve Chabot; Our Top Ten List listed the top ten ways you know you’re being examined by a fake doctor. Plus there was a a story that St. Ignatius may have been Jewish. 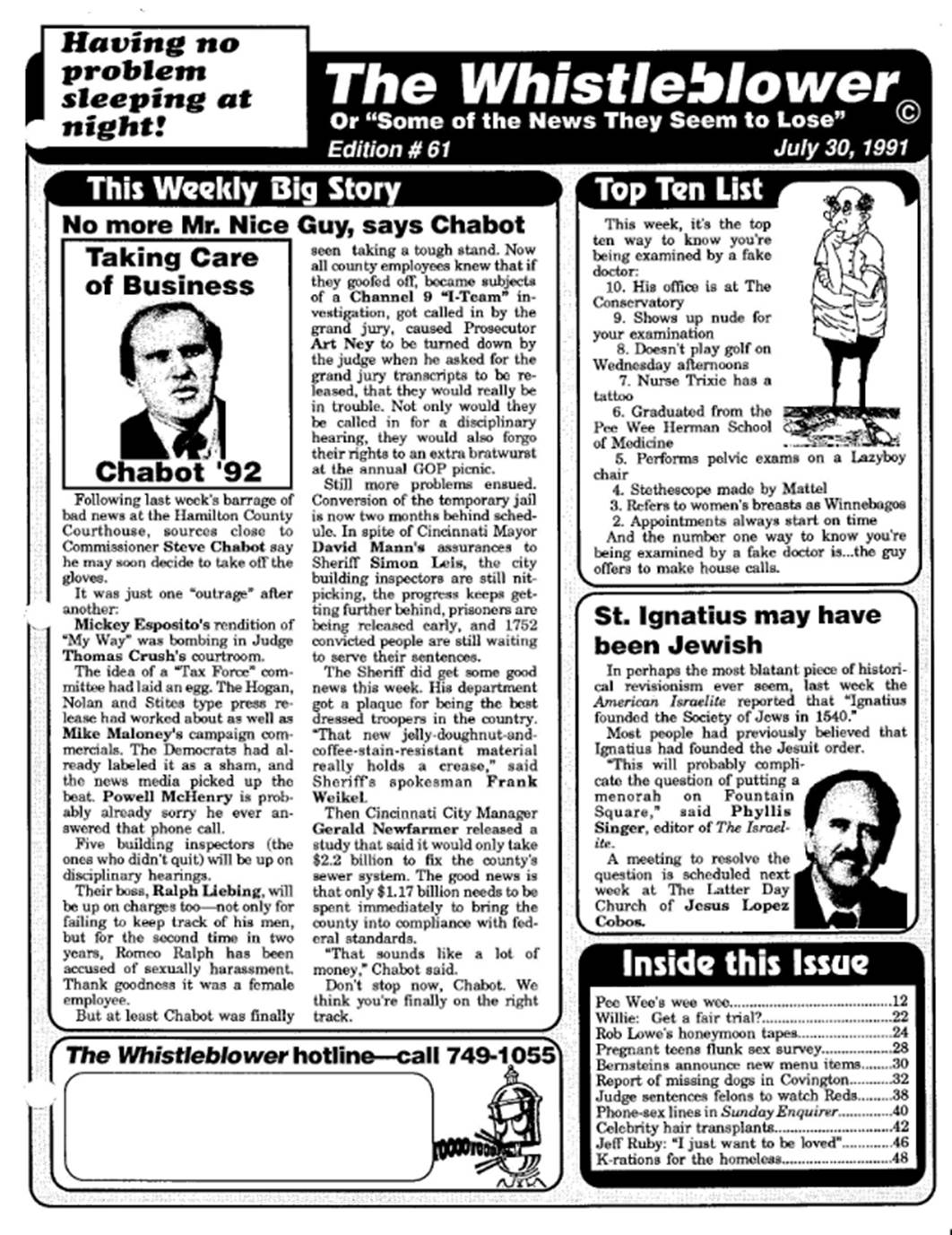 Page Two with Real Editorials by Publisher Charles Foster Kane about how the three GOP County Commissioners had shot themselves in the foot by organizing a “Tax Force” committee to sanitize their long predicted sales tax increase.  Real Facts reported on the CAC was featuring photography of serial killer Jeffrey Dahmer. Mickey Esposito was mugged in the Weekly Whistleblower Limerick Contest.  There was a promo for Whistleblower Publisher Charles Foster Kane’s appearance on a 55 WKRC Radio program, plus we had an ad from the Downtown Cincinnati Hotel Managers Association claiming they treated ever guest like a white man. 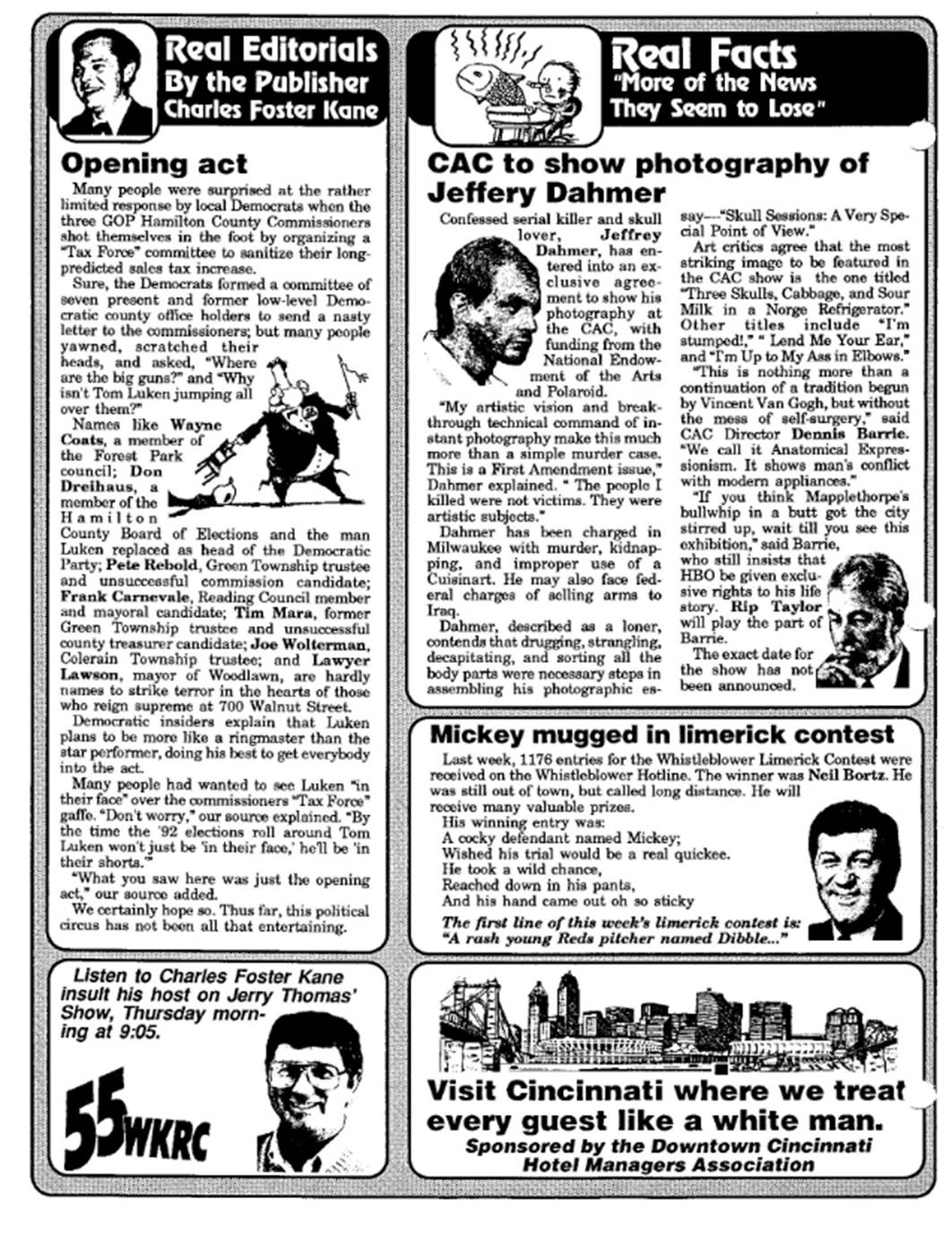 Page Three featured Cheap Shots at Felonious Fundraiser Dickie Weiland,  Butler County Sheriff Clean Dick Holtzberger and a Jeff Ruby testimonial for Beano, as well as also another Real Guest Editorial by Bunky Tadwell (this one was about how politically correct it was for men to wear women’s clothing). 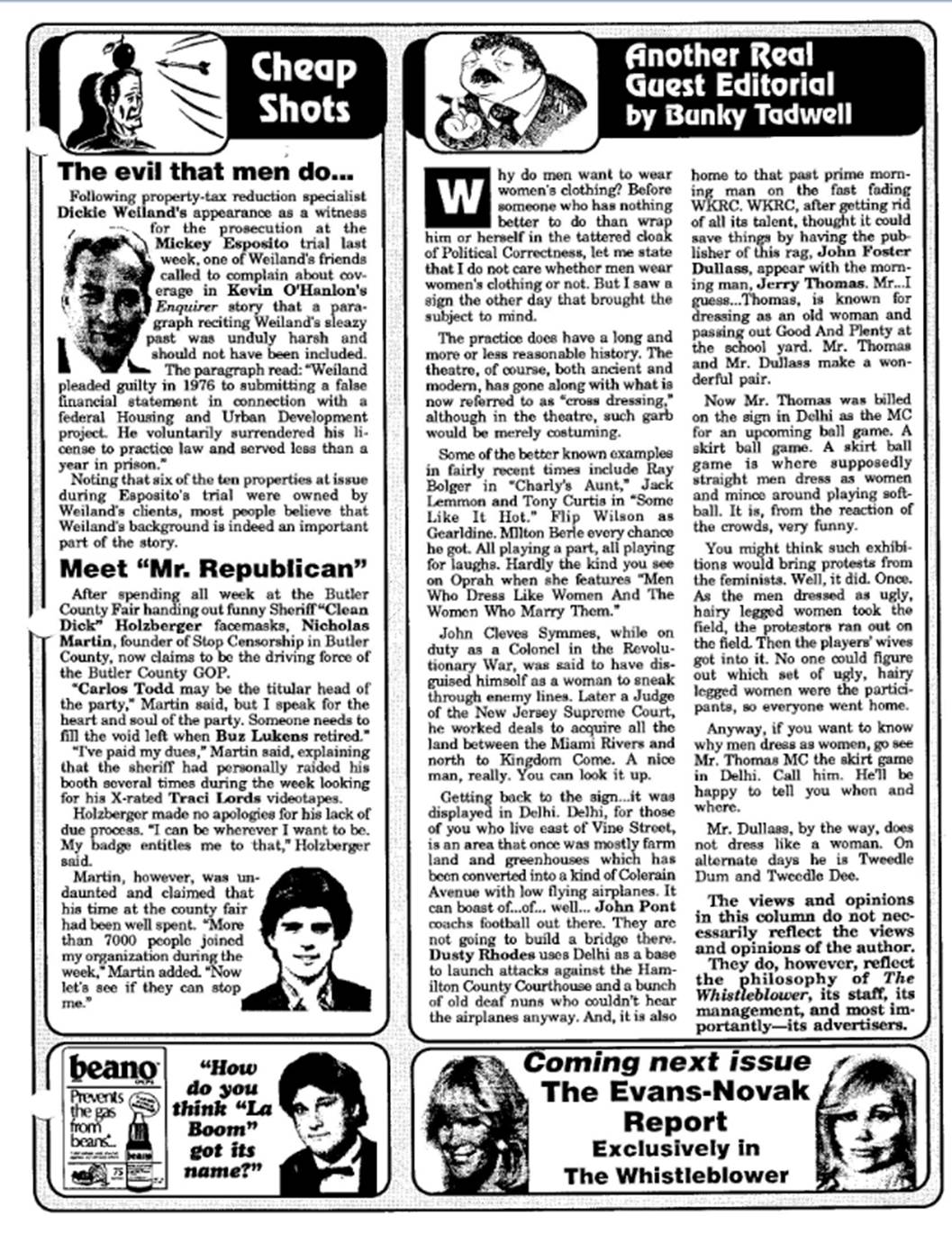 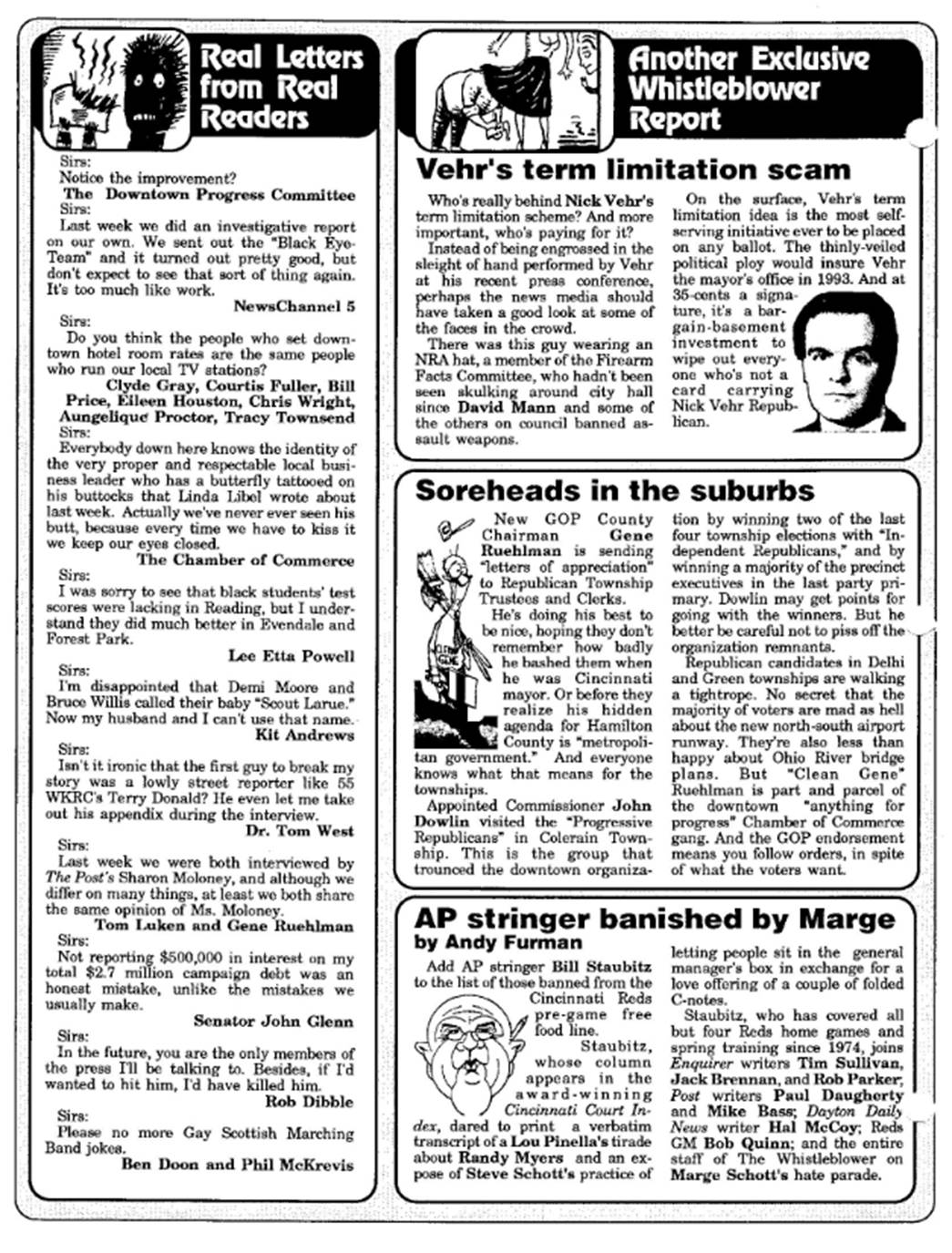 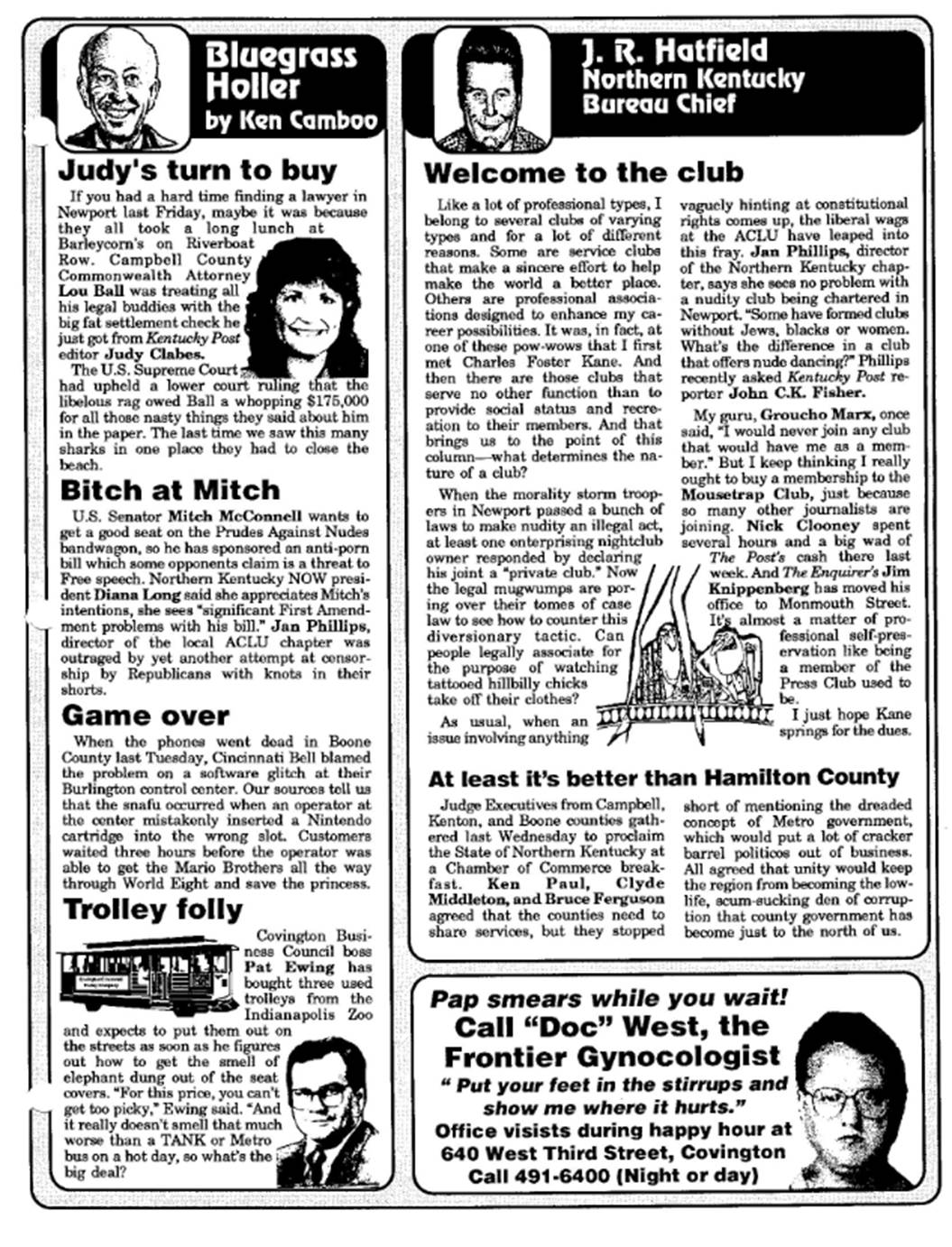