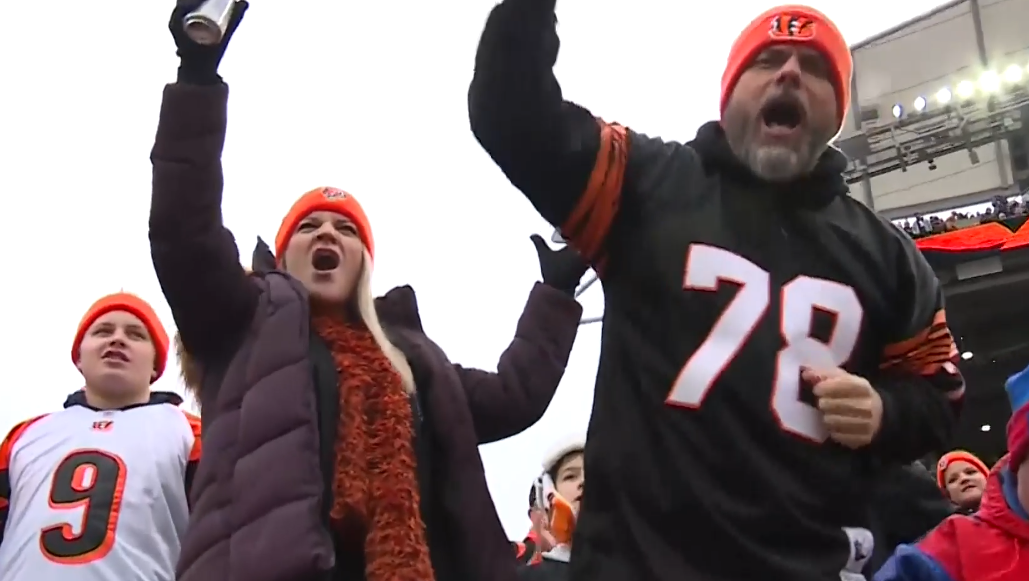 Edition #34 (published on January 22, 1991) of the original printed edition of The Whistleblower (not the Newswire) was delivered to Persons of Consequence all over town. That Week’s “Really Big Story” was “War Sucks.” You couldn’t find a much bigger story than that. 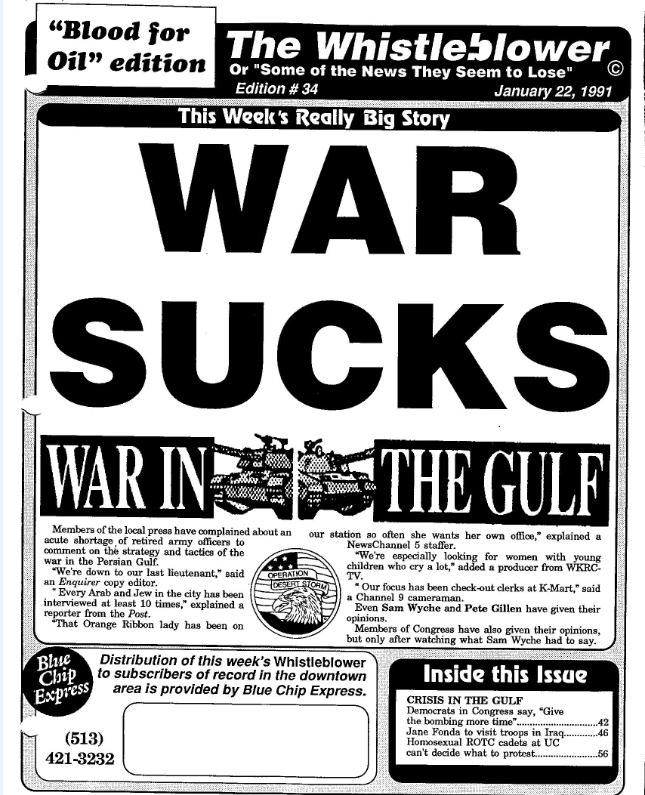 There was a Real Editorial by Whistleblower Publisher Charles Foster Kane (before he became “Beloved”), more “Real Facts,” the “Top Ten List” was the Top Ten Public Statements Saddam Hussein had made during the previous week, and in War Tunes, our Disingenuous DemocRAT Auditor-elect featured some of the songs he was playing on his “Oldies But Goodies” program on WGRR 103.5 FM. 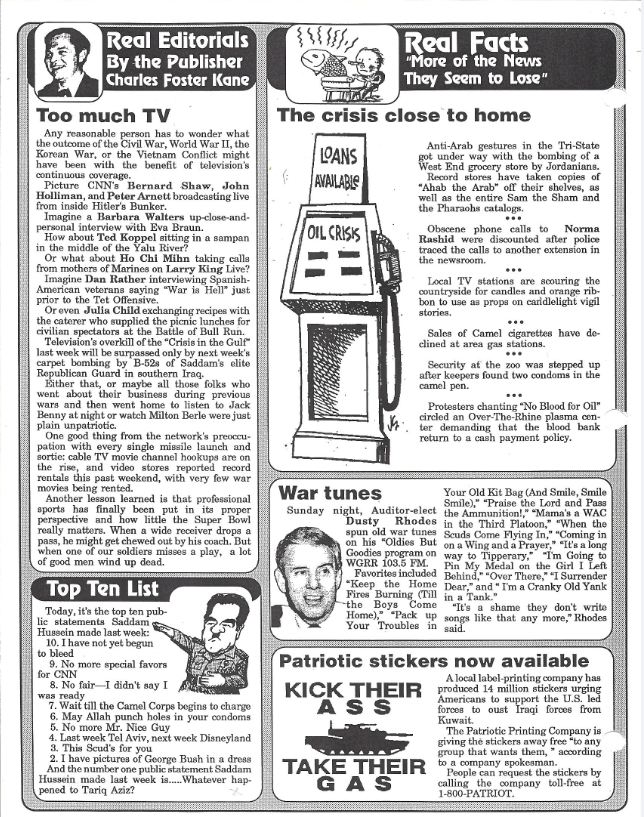 We Featured “Real Letters From Real Readers” and “Another Exclusive Whistleblower Report.” 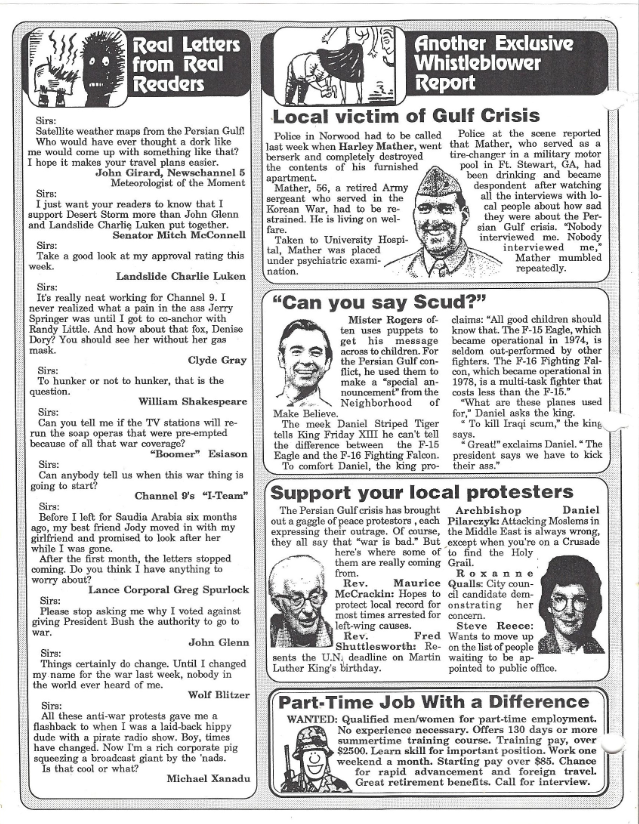 Finally, we took “Cheap Shots” at Jerry Springer, David Mann, Large Marge, and Nick Vehr, and in “Another Real Guest Editorial by Bunky Tadwell,” the Bunkmeister was waxing poetic about the war. 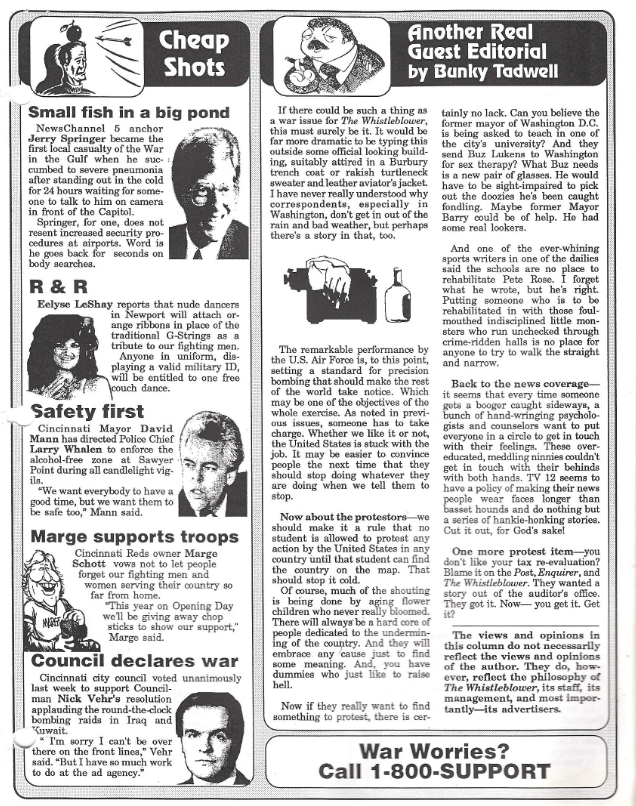 The Blower was bringing you all the news, even then.