TODAY IS
SATURDAY, MAY 18, 2022
TRUMP’S FIVE-HUNDRED AND FOURTEENTH DAY OUT-OF-OFFICE
AND IS ILLEGITIMATE RESIDENT JOKE BIDEN*S AMERICA TOTALLY SCREWED UP OR WHAT 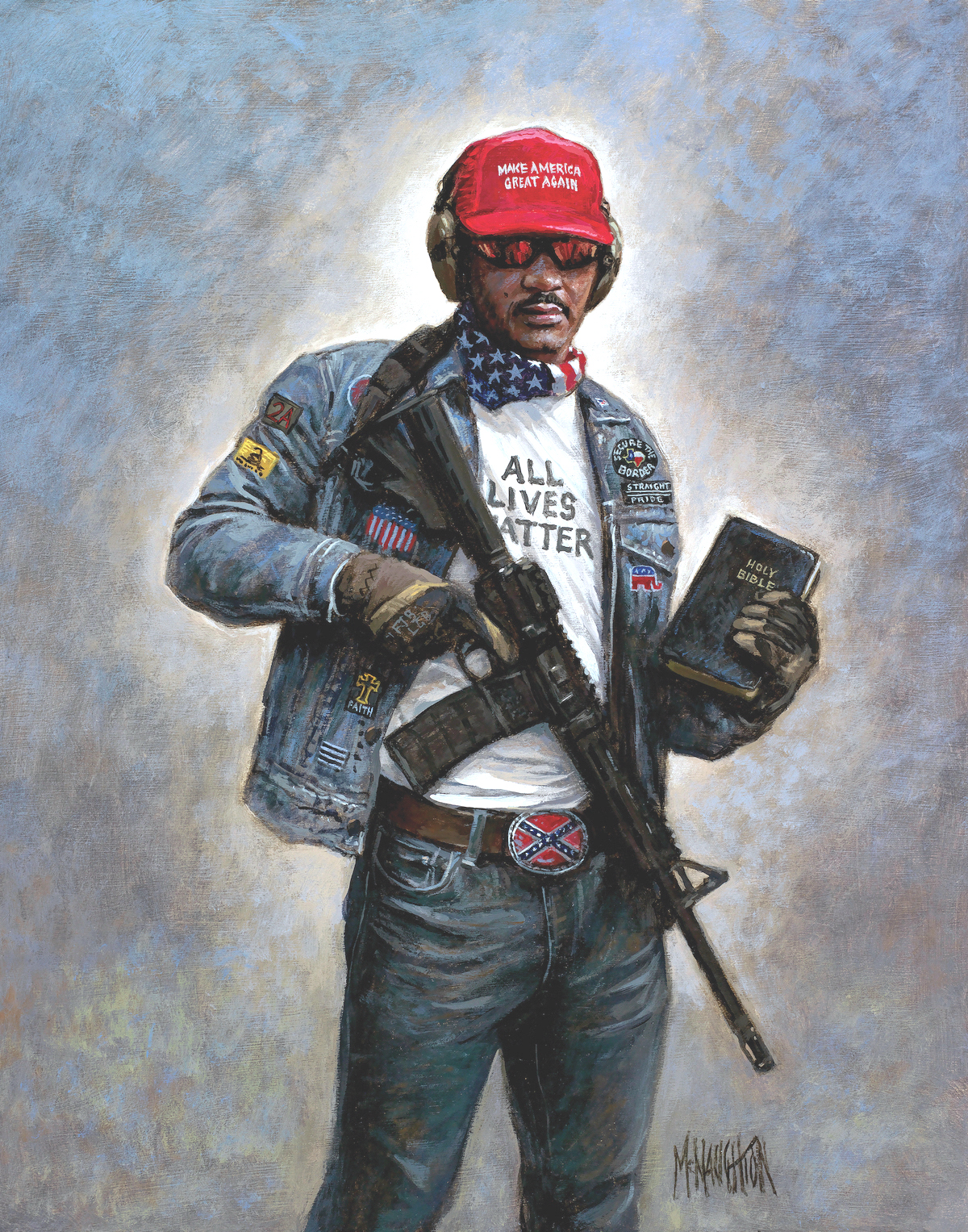 A Message about Free Speech

Out on the gun range he stood,

The embodiment of a man.

He was neither black nor white,

He held a firearm of choice.

It was his right to own,

and was trained to use it skillfully,

The American Dream is real.

He wore a red MAGA hat,

And a Martin Luther King mustache.

Who tells you what to think,

Or how to raise your voice,

Choose life, or be pro-choice?

You see – ALL Lives Matter,

And you cannot favor race,

The Constitution is colorblind,

There is an absolute truth

Or the politically incorrect.

What the January 6 Committee  Might Have Been By: Victor Davis Hanson

A real committee would also investigate
the other, far larger and more lethal riots
on iconic federal property months earlier. 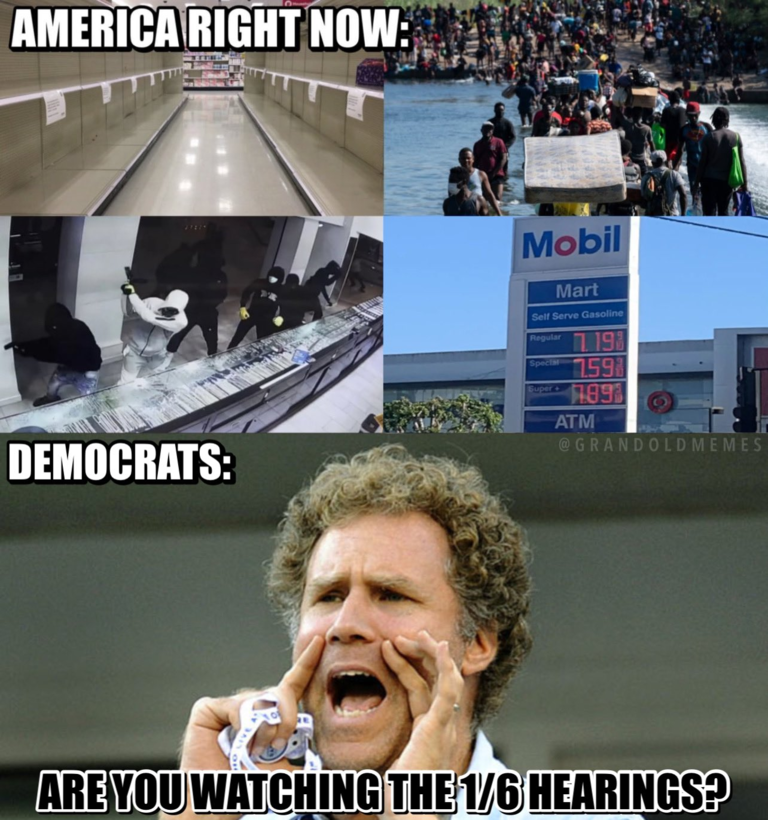 Congress should investigate fully the January 6 riot at the Capitol—and similar recent riots at iconic federal sites.
But unfortunately, it never will. Why not?
The current committee is not bipartisan. House Speaker Nancy Pelosi (D-Calif.) forbade Republican nominees traditionally selected by the House minority leader to serve on the committee.
No speaker had ever before rejected the minority party’s nominees to a select House committee.
Pelosi’s cynical criteria for Republican participation were twofold: Any willing minority Republican members had to have 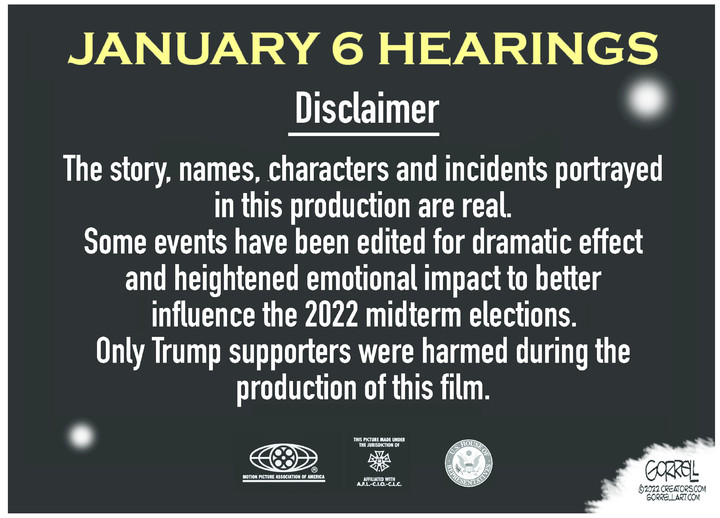 voted to impeach Donald Trump while having no realistic chance of being reelected in 2022.
Of some 210 Republican House members, that left just Representatives Liz Cheney (R-Wyo.) and Adam Kinzinger (R-Ill.) who were willing and able to fit Pelosi’s profile.
A real investigation would have ignited argumentation, cross-examination, and disagreements— the sort of give-and-take for which congressional committees are 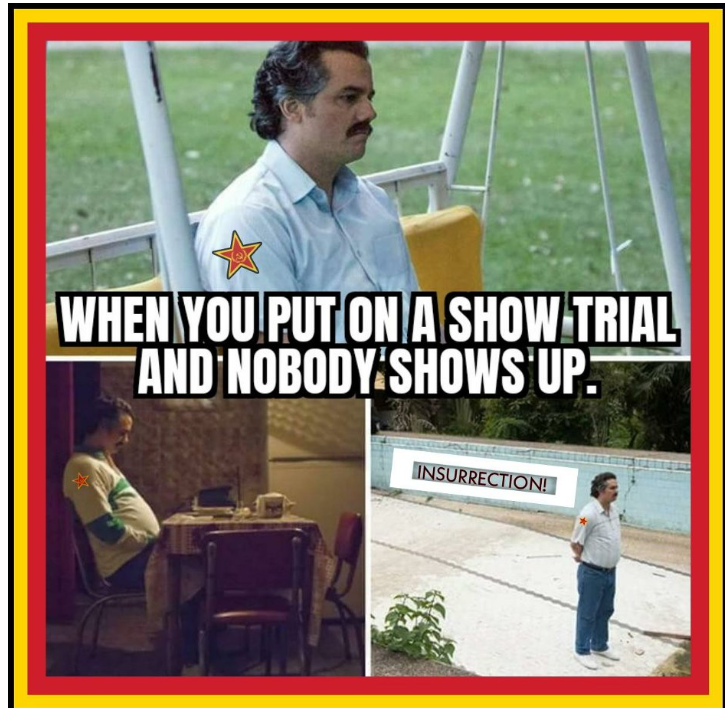 famous.
In contrast, the January 6 show trial features no dissenting views. Its subtext was right out of the Soviet minister of Internal Affairs Lavrentiy Pavlovich Beria’s credo: “Show me the man and I’ll show you the crime”.
If Donald Trump was not considering a third run for the presidency, would the committee even have existed?
Its slick Hollywood-produced optics demonstrate that the committee has no interest in inconvenient facts. Why did a Capitol officer lethally shoot a petite un 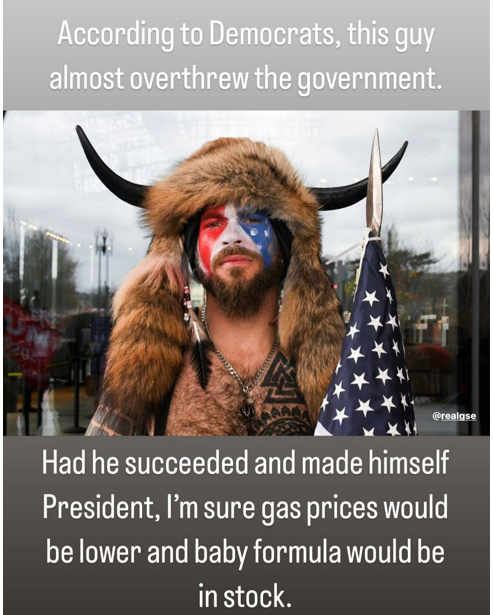 armed woman entering a Capitol window? And why was the officer’s identity and, indeed all information about his record, withheld from the public?
Why did the committee not investigate whether large numbers of FBI agents and informants were ubiquitous among the crowd? After all, progressive New York Times reporter Matthew Rosenberg who was there on January 6, claimed, “There were a ton of FBI informants amongst the people who attacked the Capitol.”
About his journalistic colleagues advancing a psychodramatic “insurrection” narrative, Rosenberg scoffed, “They were making too big a deal. They were making [Jan. 6] some organized thing that it wasn’t.” 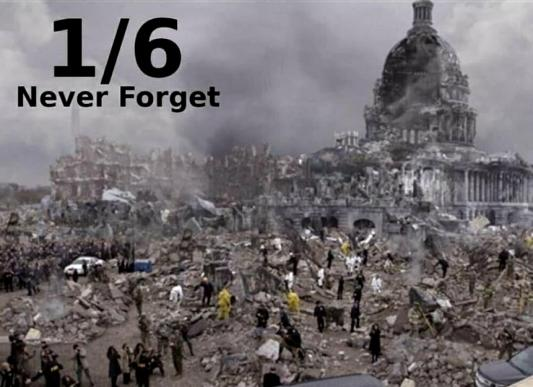 A real committee would also investigate why there were lots of warnings that a large crowd would assemble, but little government follow-up to ensure security, should rogue elements turn violent.
A real committee would learn why the government and media insisted that officer Brian Sicknick was killed by Trump supporters—even when it was known he died of natural causes.
None of the questions will be answered because none will be asked. After all, the committee’s role is not inquiry but confirmation of a useful narrative.
A real committee would also investigate the other, far larger and more lethal riots on iconic federal property months earlier.
On May 31, 2020, for example, violent demonstrators tried to rush the White House grounds. Rioters sought to burn down the nearby historic St. John’s Episcopal Church.
Washington Mayor Muriel Bowser mysteriously did not send police to reinforce overwhelmed Secret Service agents who at moments seemed unable to keep the mob from the White House itself.
The giddy New York Times later crowed, “Trump shrinks back.” Was the Times preening that the president was a coward for retreating from a righteous mob?
As a precaution, the Secret Service removed the president and first family to a safe underground bunker.
Such riots near or at the White House continued for much of the fall, before mysteriously tapering off in the last weeks before the election.
Less than three weeks after the violent Washington riot, Democratic vice-presidential nominee Kamala Harris seemed to incite the continuing violent protests, “They’re not going to stop . . . This is a movement . . . they’re not going to let up. And they should not, and we should not.”
Note that Harris’ cheerleading was joined by a host of prominent left-wing luminaries who contextualized the violence. The “1619 Project” architect Nikole Hannah-Jones boasted, “Destroying property, which can be replaced, is not violence.”
Former CNN anchor Chris Cuomo pontificated, “And please, show me where it says protesters are supposed to be polite and peaceful.”
Note that the 2020 summer rioting, arson, and looting continued for nearly four months. Its toll resulted in over 35 dead, some 1,500 police officers injured, around 14,000 arrests, and between $1-2 billion in property damage.
The violence was often aimed at iconic government buildings, from courthouses to police precincts. There were never any federal investigations to determine why state, local, and federal officials allowed the destruction to continue.
Why were the vast majority of those arrested simply released by authorities?
And how had antifa and BLM radicals orchestrated the violence using social media? What was the role of prominent elected officials in either condoning or encouraging the violence or communicating with the ring leaders? A truly bipartisan House select committee dedicated to ending all violence directed at the White House, the Capitol, or federal courthouses might have been useful in probing this dark period in American history.
And that is precisely why there was no such committee. 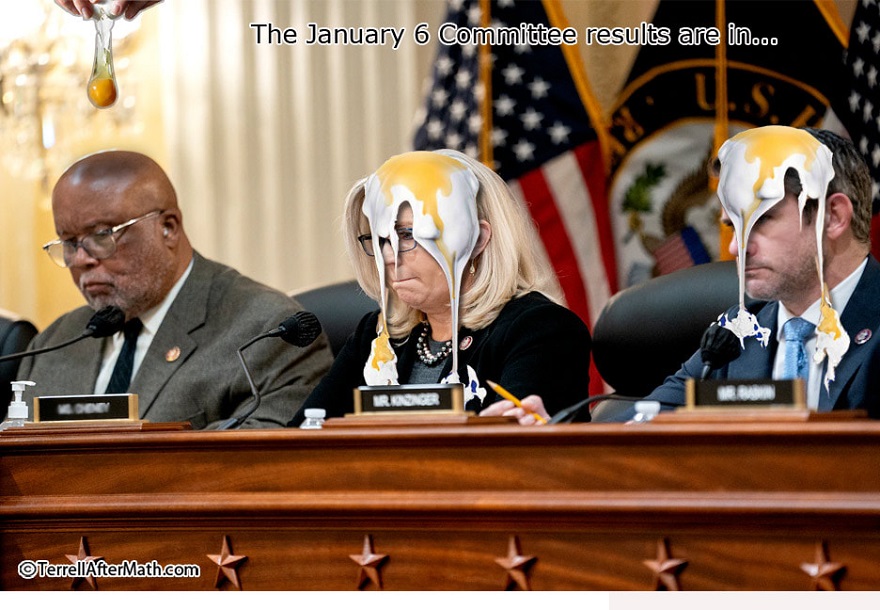