TODAY IS
SATURDAY, JANUARY 29, 2022
TRUMP’S THREE-HUNDRED-AND-SEVENTY-FOURTH DAY OUT-OF-OFFICE
AND ARE REPUBLICAN PRIORITIES REALLY ALL SCREWED UP OR WHAT?! 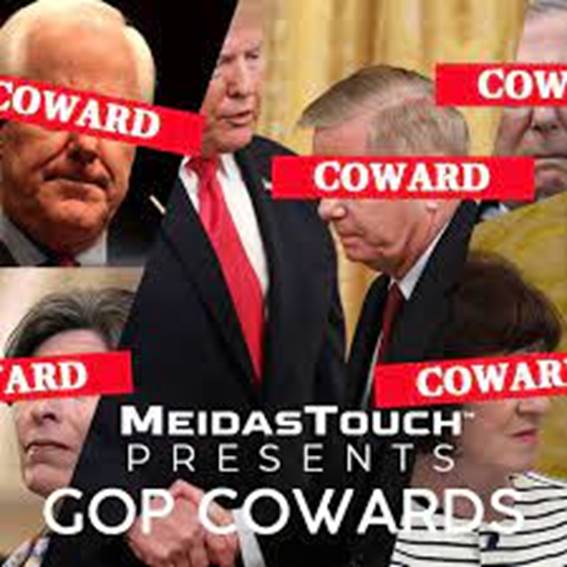 On Tuesday, President Joe Biden gave a speech asserting people who oppose his plan for a federal takeover of elections are domestic enemies and racists.

Biden is lobbying to end the Senate’s legislative filibuster in order to push through his plan for a radical takeover of elections. The election bill would unconstitutionally empower the federal government to control state election procedures, and help make permanent the decreased election safeguards that caused so many problems throughout the country in 2020.

The response of the old guard of the Republican Party this week has been to wholeheartedly endorse the media narrative that the 2020 election had no significant problems, while also opposing Biden’s plan to run elections. It’s a politically insane approach. 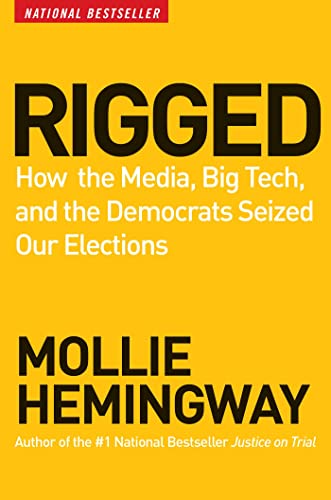 The 2020 election was riddled with problems. Voters know this. Republican voters know this very well. Time Magazine described what happened with the election as “a well-funded cabal of powerful people, ranging across industries and ideologies, working together behind the scenes to influence perceptions, change rules and laws, steer media coverage and control the flow of information.” They added that it was a “revolution in how people vote.”

The rigging of the election included changes to hundreds of laws and processes in the months prior to election day, flooding the system with tens of millions of mail-in ballots even as scrutiny of those ballots was decreased. Mark Zuckerberg spent $419 million to finance the private takeover of government election offices — primarily focused on the blue areas of swing states — to enable Democrats to run their Get Out The Vote operations from government offices. The funding was significant enough to affect the outcome of races, independent analysts have concluded. And that’s to say nothing of Big Tech’s election meddling in the form of censorship and algorithmic persuasion nor of corporate media’s move into straight-up propaganda.

STEPHANOPOULOS: You voted to certify the election last year. You condemned the protest as an insurrection. What do you say to all those Republicans, all those veterans who believe the election was stolen, who have bought the falsehoods coming from former President Trump?

Instead, Rounds made bizarre claims about looking at “accusations” in “multiple states,” saying that while there were “some irregularities,” none were significant. Then he claimed — ludicrously — “The election was fair, as fair as we have seen.”

I mean, heck, if the election was as fair as any in history, why not join with Democrats in their push for a federal takeover of elections to make permanent the “revolution in how people vote”? But also, why say something that is not true?

The 2020 election was not the fairest in history, not by a long shot. It was riddled with problems, whether it’s the Zuckerberg funding or the coordinated Democrat campaign to weaken election security. The man who ran that coordinated effort was Marc Elias, the same man who ran the 2016 Russia collusion hoax. His partner was recently indicted by John Durham for just some of his lies associated with that hoax that did so much damage to the country and which itself was an attack on the 2020 election’s fairness.

As soon as Rounds showed himself subservient to Stephanopoulos, the Democrat media went wild. They amplified his comments, knowing how helpful they were to their cause of decreased election security and opposition to Republican victories.

One corrupt media outlet that excitedly amplified Rounds’ comments and used them to advance their political agenda was CNN. Russia hoax co-conspirator Manu Raju, known for pestering Republicans to get them to support Democrat narratives, wrote an article gleefully headlined “Top Republicans stand up for Rounds after Trump’s attack: He ‘told the truth’.” Some lowlights:

“I think Sen. Rounds told the truth about what happened in the 2020 election,” Senate Minority Leader Mitch McConnell told CNN on Tuesday. “And I agree with him.”

Sen. Kevin Cramer, a North Dakota Republican who contended Democrats took advantage of more voting rules eased during the pandemic. “I’ve moved on a long time ago, and most members of Congress have, including Mike.”

Other Republicans said it was time to focus on something other than 2020. “I say to my colleague, welcome to the club,” Sen. John Thune, the senior South Dakota Republican, said of the Trump attack on Rounds — something he has endured himself in the past. “I don’t think re-litigating or rehashing the past is a winning strategy. If we want to be a majority in 2023, we’ve got to get out and articulate what we’re going to do with respect to the future the American people are going to live and the things they’re going to care about when it comes to economic issues, national security issues.”

North Dakota is a state that voted for Trump in 2020 by 33 points. Its senator should probably be able to use some of his political capital to tackle the top issue of the week for American voters.

Thune says the politically wise thing to do is to not relitigate the past but work on issues people are going to “care about.” Someone should tell him that one of the top issues Republican voters care about is … election integrity.

The Washington Post this month reported that at least 69 percent of Republicans are seriously concerned about the 2020 election. Perhaps the worst thing a party could do if it cared about serious political power would be to signal that the issue means so little to them. This pathetic cowardice and incompetent weakness are exactly what Republican voters are sick to death of.

In previous months, Biden has falsely claimed that the country is experiencing “Jim Crow” resistance to the right to vote. He asked corporations to boycott the state of Georgia after Georgia’s legislature passed a bill to mildly improve its election security. Some of them bowed to the pressure. Major League Baseball, for instance, pulled its All-Star Game from Atlanta in response to Biden’s request, causing untold economic damage to the Peach State.

All of this is clearly an effort to keep Republicans from stopping Democrats’ 2020-style assault on election security. It works precisely because too many Republicans are too scared to fight. What if instead of Stephanopoulos easily pressuring Rounds into spouting Democrat talking points, Rounds had instead fought hard against these attacks on election security? What if he knew the facts about what actually happened enough to speak knowledgeably about what Republican voters want their leaders to advocate for?

What if establishment Republican politicians put away literally any thoughts about Trump — much less their anger or petulance about him — for a minute to think about the importance of election integrity and how to obtain it?

What if Republicans stopped running interference for what Democrats did in 2020 at the same moment that Dems are trying to take over the entire country’s election system? This isn’t merely academic. Old-guard Republican cowardice and fecklessness could lead to Pelosi becoming America’s election czar.

In general, Republican voters deserve a far better class of politician than what the old guard of their party has been forcing on them.

Mollie Ziegler Hemingway is a senior editor at The Federalist. She is Senior Journalism Fellow at Hillsdale College. A Fox News contributor, she is a regular member of the Fox News All-Stars panel on “Special Report with Bret Baier.” Her work has appeared in the Wall Street Journal, USA Today, the Los Angeles Times, the Guardian, the Washington Post, CNN, National Review, GetReligion, Ricochet, Christianity Today, Federal Times, Radio & Records, and many other publications. Mollie was a 2004 recipient of a Robert Novak Journalism Fellowship at The Fund for American Studies and a 2014 Lincoln Fellow of the Claremont Institute. She is the co-author of Justice on Trial: The Kavanaugh Confirmation and the Future of the Supreme Court. She is the author of “Rigged: How the Media, Big Tech, and the Democrats Seized Our Elections.” Reach her at mzhemingway@thefederalist.com