Edition #35 (published on January 29, 1991) of the original printed edition of The Whistleblower (not the Newswire) was delivered to Persons of Consequence all over town. That Week’s “Really Big Story” was all about that “Patriot Missile Protecting Cincinnati” during the Gulf War. The Top Ten List was the Top Ten Reasons most Americans had gotten tired of the war in only 13 days, the Pentagon said Borgman’s cartoon was treason, and WLW Radio Trash Talkers Bill Cunningham was claiming he was NOT a Draft Dodger. 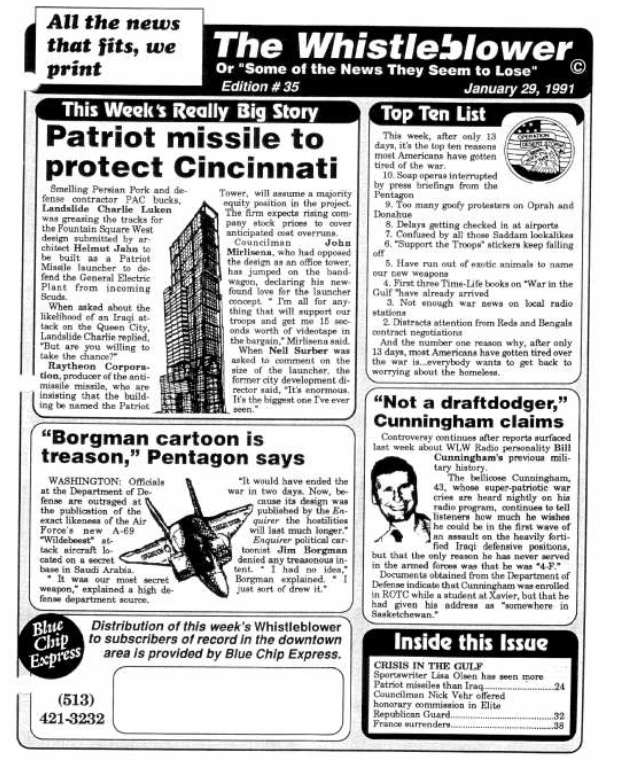 There was a Real Editorial by Whistleblower Publisher Charles Foster Kane (before he became “Beloved”), more “Real Facts,” and The Whistleblower was offering a FREE Gas Mask with every new subscription. 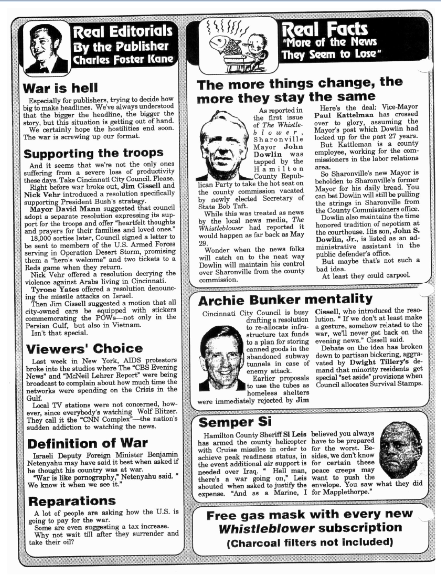 And we took “Cheap Shots” at Rev. Morris McCracken, Dr. Floyd Poore, , Jeff Ruby, and Cincinnati Chamber of Commerce President John Williams; and in “Another Real Guest Editorial by Bunky Tadwell,” the Bunkmeister was complaining about the war. 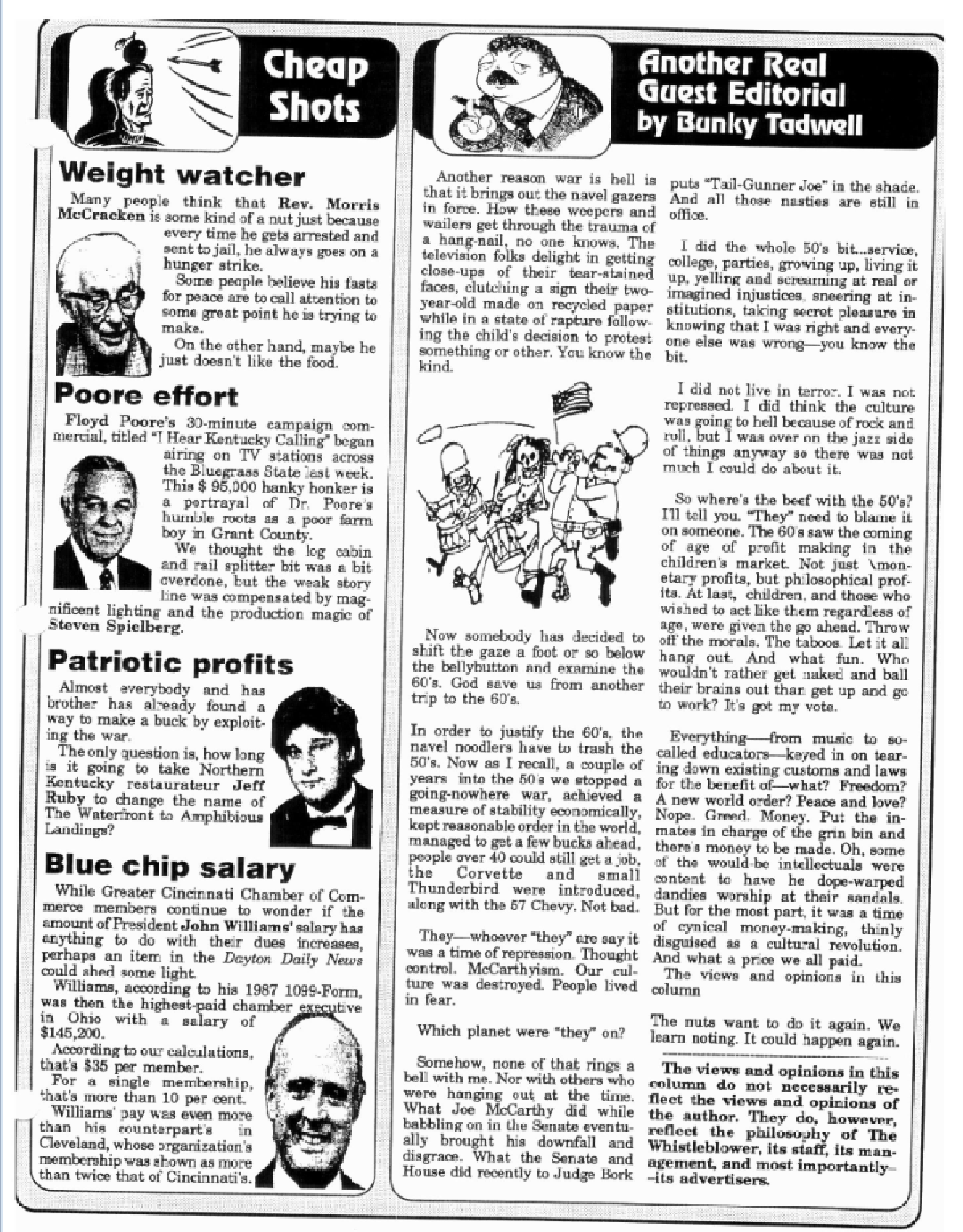 We Featured “Real Letters From Real Readers” and “an Item by Congressman Landslide Charlie Luken .” 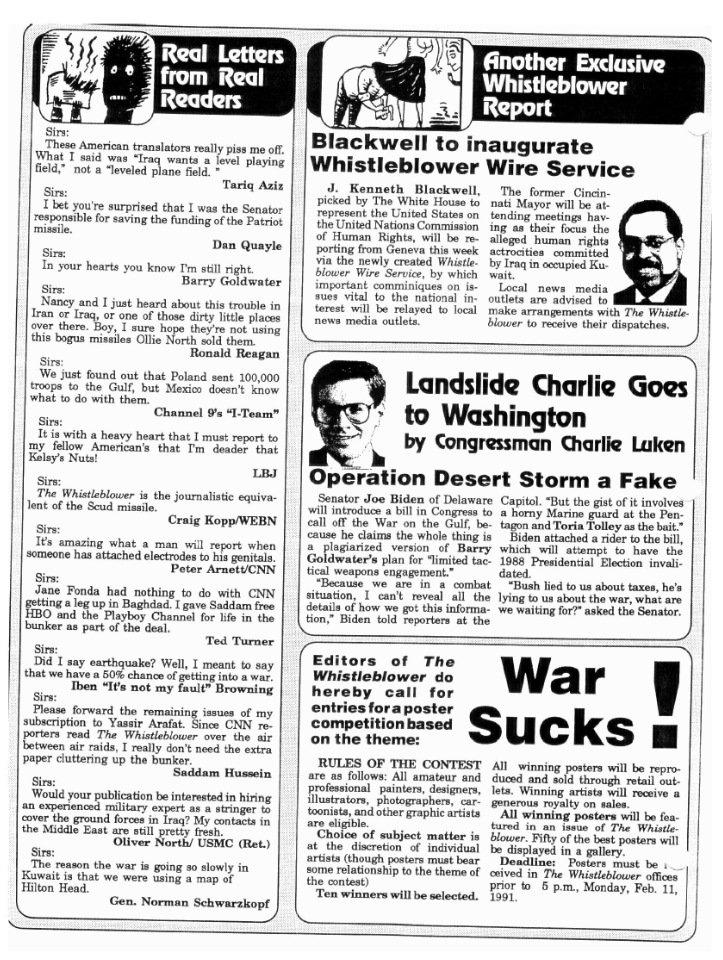 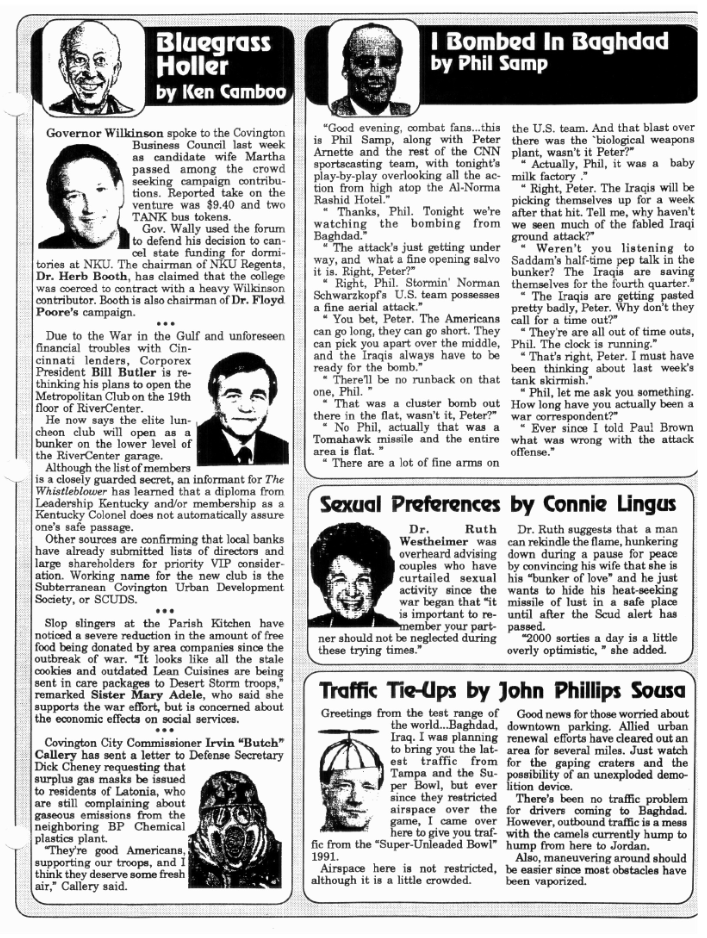 And on Page Six, John Quichwarmer’s “Boobs on the Tube” included Pat Barry, Norma Rashid, and Jerry Springer; Hamilton County Treasurer Wayne F. Wilke had a special message for troops serving in the Persian Gulf, and our ad for the Scud Bowl. 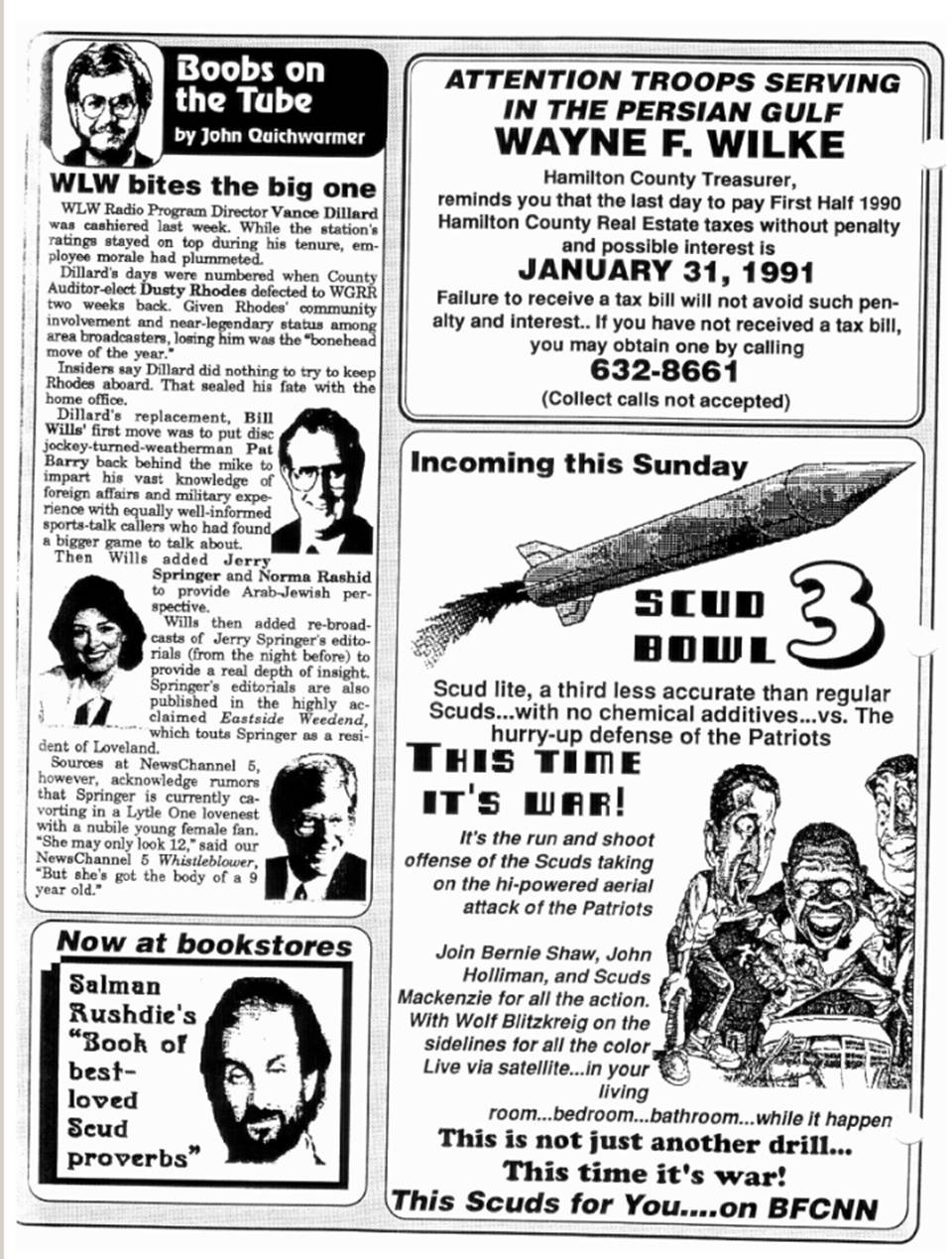 Maybe By Next Week We’ll Find A Way To Make These Pages Straight.