TODAY IS
FRIDAY, MAY 21, 2021
TRUMP’S ONE-HUNDRED-AND-TWENTY-FIRST DAY OUT-OF-OFFICE
AND IT’S A GOOD THING STATE LEGISLATURES ARE WORKING ON ELECTION INTEGRITY BECAUSE NOTHING GOOD ABOUT IT WILL EVER HAPPEN IN CONGRESS.

JOSH MANDEL: I’M THE ONLY CANDIDATE WHO HAS THE GUTS TO SAY THIS ELECTION WAS STOLEN FROM DONALD J. TRUMP 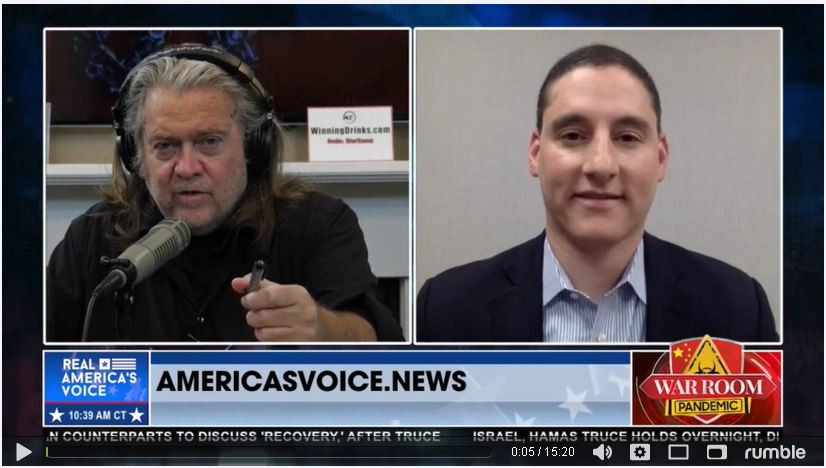 Now Let’s Take A Look At The Blower’s Comparative Coverage At The Same Point Of The Trumpster’s First Year In Office. We Were Reviewing That Day’s “Friday’s Features”

And It Was It Was Just More Coordinated Leftist Insurrection.

America’s First Lady Melania Trump Will Not Be Required To Wear The Hijab As Michelle Obama And Hillary Clinton Were Forced To Do. 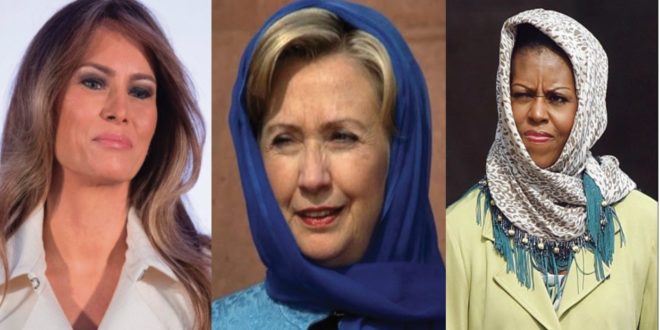 RT.com says Saudi Arabia’s Foreign Minister Adel bin Ahmed Al-Jubeir said that Saudi Arabia welcomes “any style in clothing,” when it comes to allowing Melania to skip wearing the hijab. Liberals might freak out because of this favoritism but most of the voters on our side loves this decision. It seems that Saudi Arabia respects President Trump a lot more than previous leaders like Barack Obama and Bill Clinton. (MORE)

Now Back To Our Regularly Scheduled Friday Night Fakery 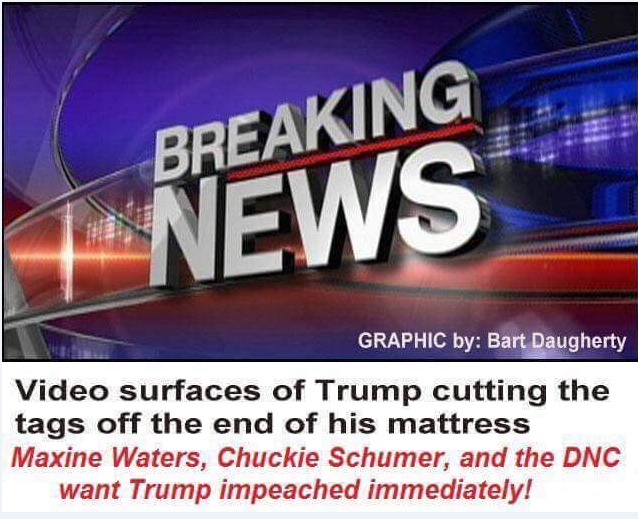 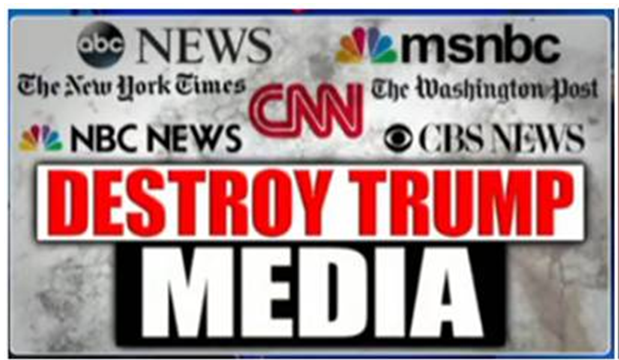 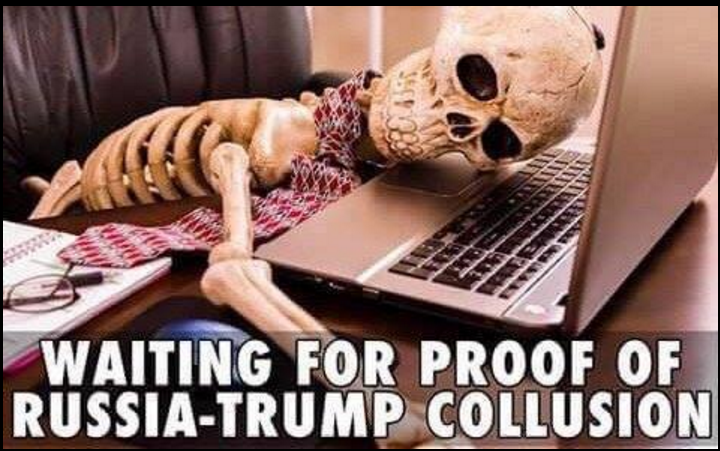 AMERICAN VOTERS WERE RESPONSIBLE FOR TRUMP’S VICTORY! NOT RUSSIA!
(Sent In By Gunslinger338)

Hillary Clinton Aides To be Indicted by Jeff Session

A major new study out of Harvard University has revealed the true extent of the mainstream media’s bias against Donald Trump. Academics at the Shorenstein Center on Media, Politics and Public Policy analyzed coverage from Trump’s first 100 days in office across 10 major TV and print outlets. They found that the tone of some outlets was negative in as many as 98% of reports, significantly more hostile than the first 100 days of the three previous administrations: 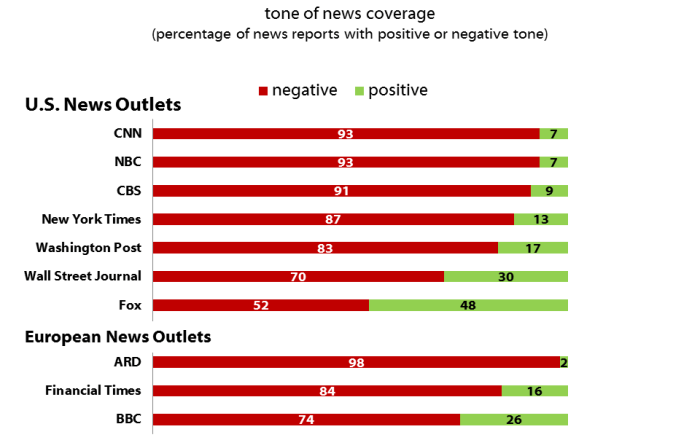 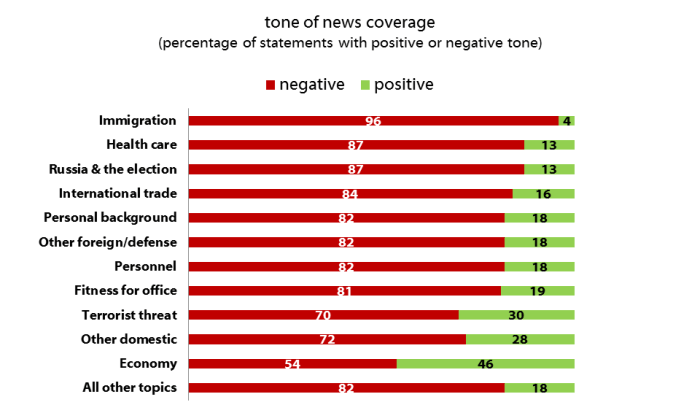 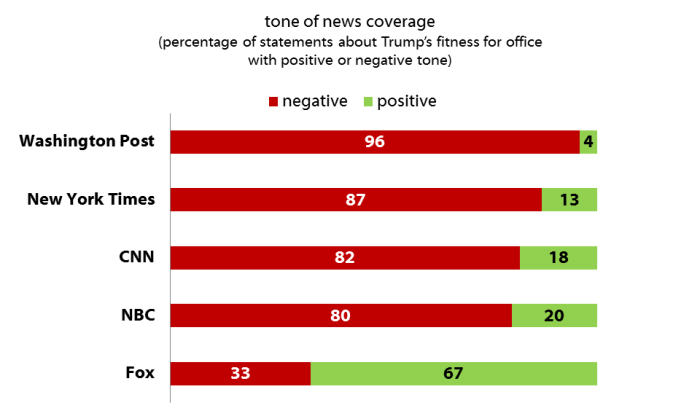 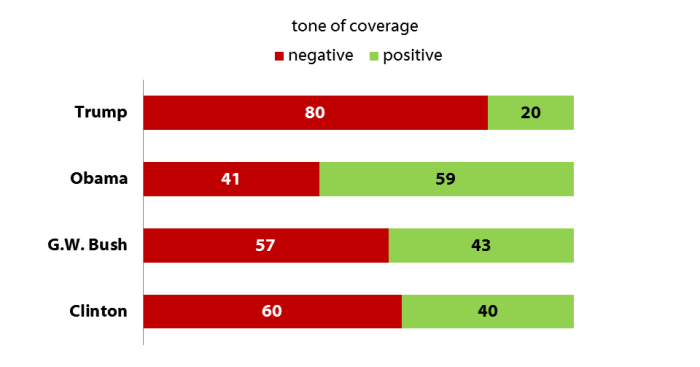 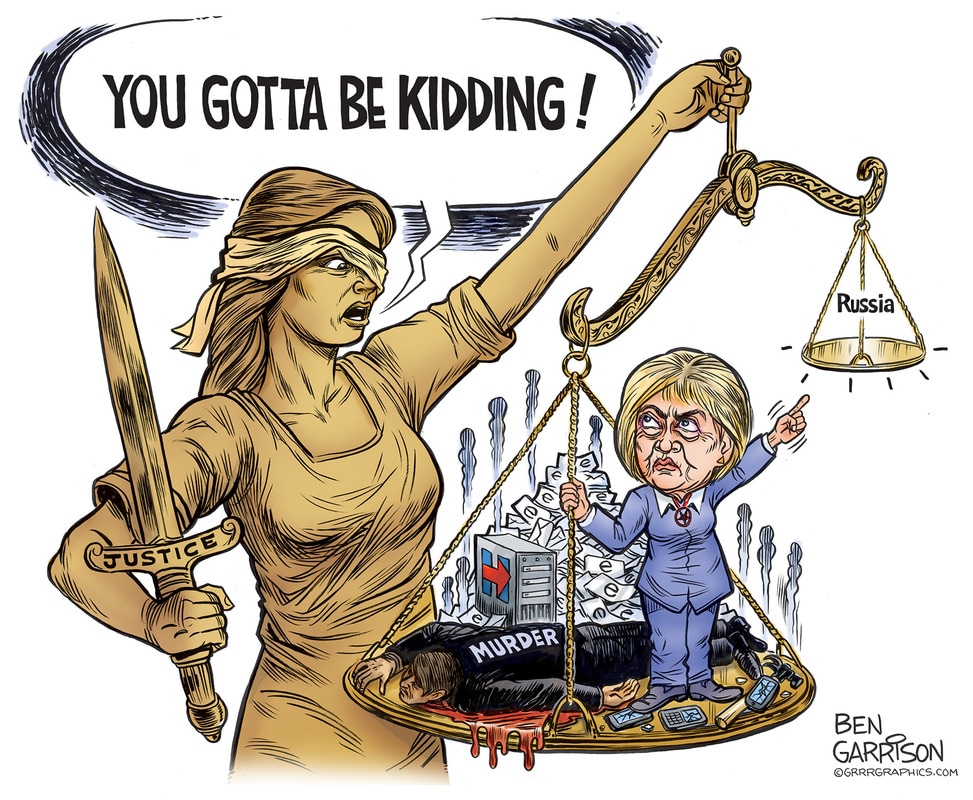 Hillary and her operatives invented the Russian narrative to distract from her criminality and failed candidacy. Apparently the deep state will amp up their Russian lie as a means to impeach President Trump. That’s why the media are releasing stories not based on facts and evidence, but on mysterious unnamed sources and hearsay. The big corporate media have plenty of money, but they’re rapidly losing credibility and can no longer easily brainwash Americans, who are deserting them in droves. More and more citizens are following truth tellers and real investigative journalists on the Internet. The legacy media have been exposed as liars and purveyors of fake news. Despite their vast monetary resources, they’re losing their power and sway over American minds. Good.
.……..Read More at the Cartoon Blog 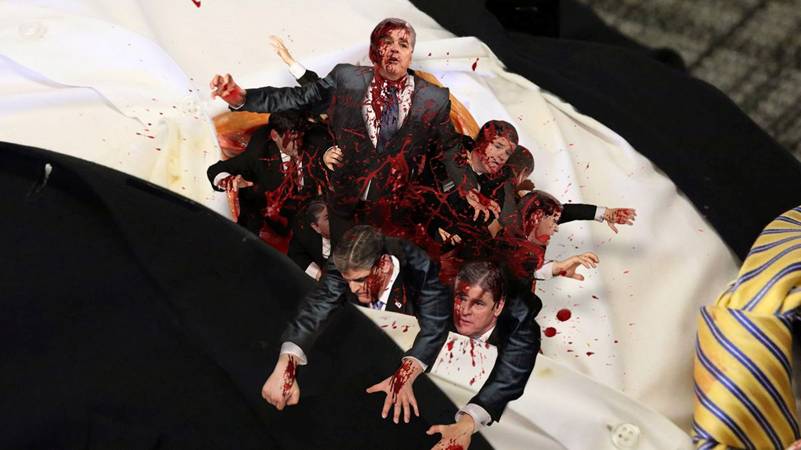 PALM BEACH, FL—Clawing over each other and gasping for air as they emerged, hundreds of miniature Sean Hannitys reportedly burst from Roger Ailes’ corpse Thursday shortly after the former Fox News CEO’s death. “At first, one little hand broke through his skin, and then dozens and dozens of Sean Hannitys just erupted out of Roger’s chest cavity,” said one witness, adding that the cacophony caused by the two-inch-tall, mucus-covered Hannitys screeching right-wing talking points drowned out every other sound in the room. “They were suddenly everywhere, shrieking about the war on Christmas, paid protesters, and coddled, crybaby liberals on college campuses. One of the nasty little things even scampered up the wall and started gnawing on the doorframe. And, my Lord, they just smelled so foul.” At press time, the miniature Sean Hannitys were ravenously devouring Ailes’ corpse.