Edition #60 (published on July 23, 1991) of the original printed edition of The Whistleblower (not the Newswire) was delivered to Persons of Consequence all over town. It was our “Sinking to New Levels of Hypocrisy and Greed” Issue, and our Really Big Story was all about Mickey Esposito’s Insanity Defense; Our Top Ten List listed the top ten reasons the Cincinnati Reds were having so many problems that year. Plus there was an MIA Photo of some Channel 12 newscasters. 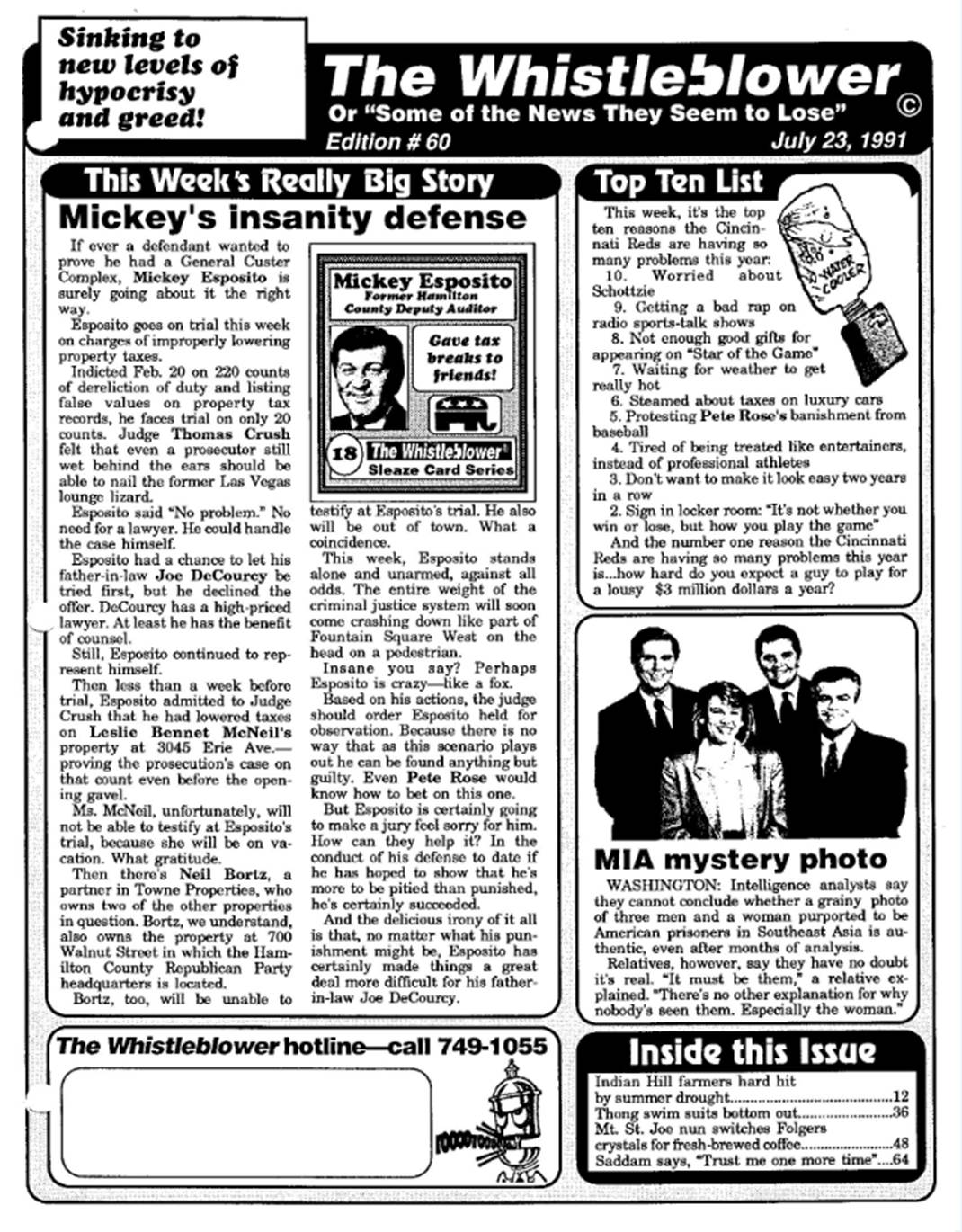 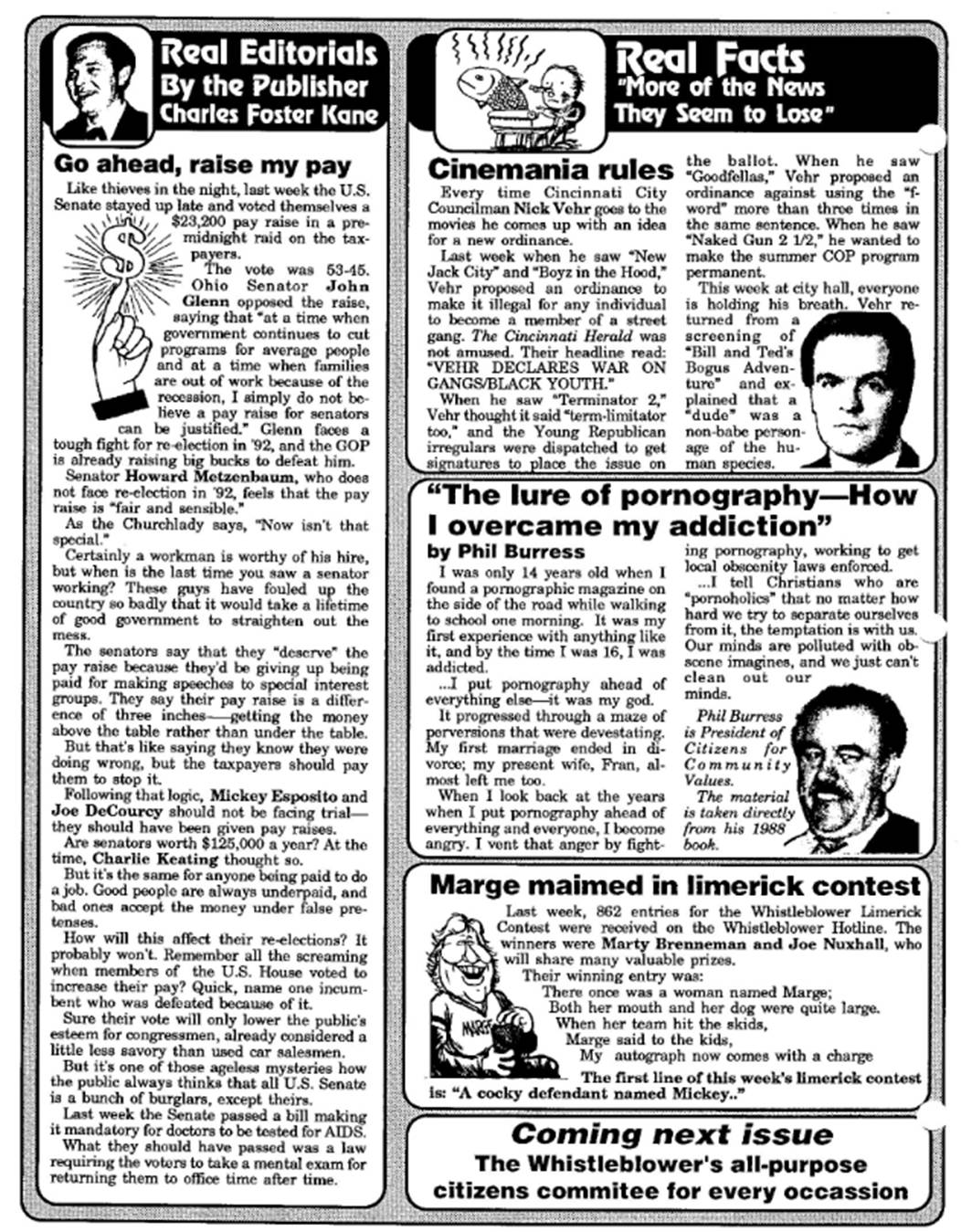 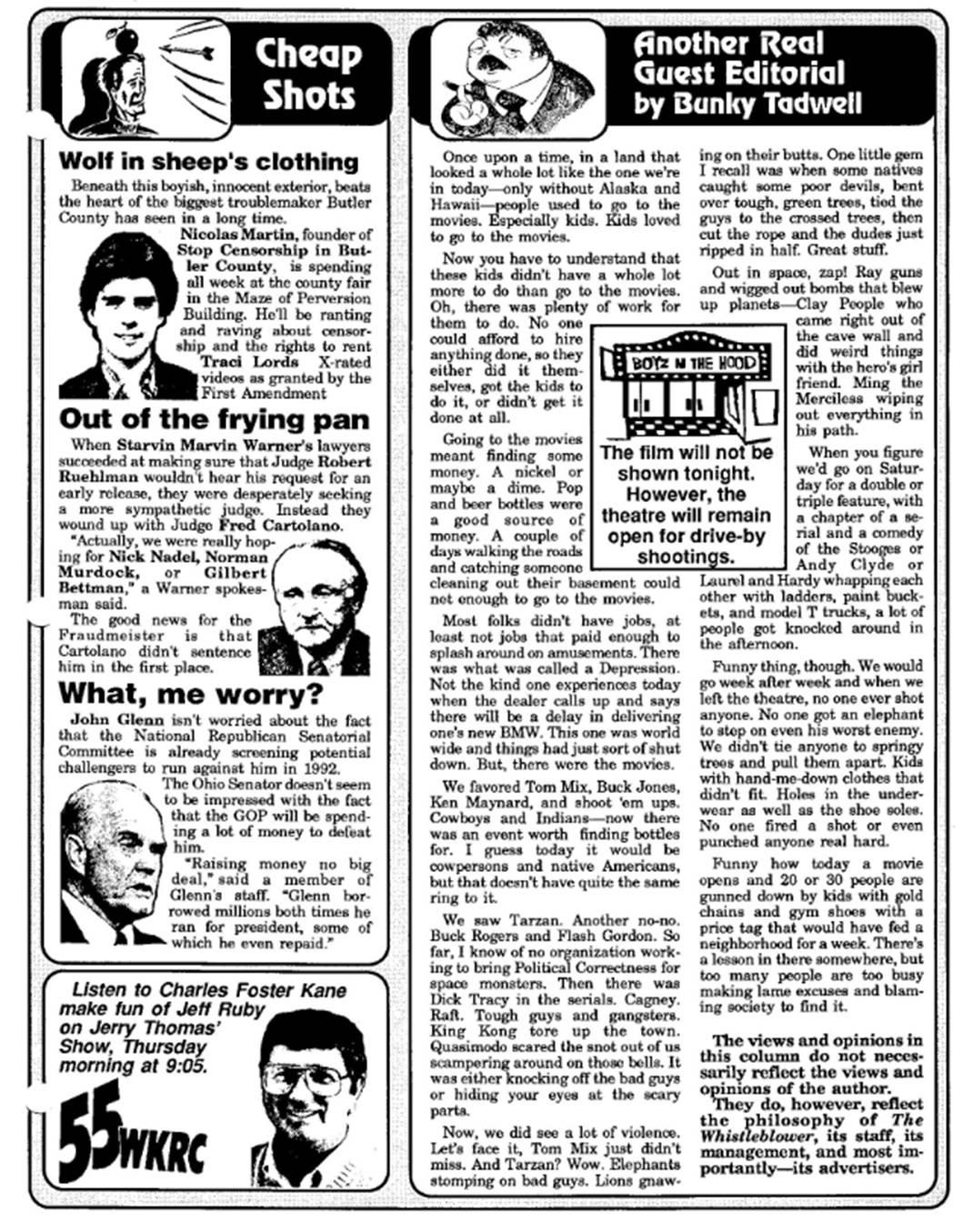 Page Four was for our regular weekly Real Letters From Real Readers column, and Another Exclusive Whistleblower Report featured a story of how the Hamilton County Tax Force would be going through the motions of studying the County’s financial problems so they could recommend a tax increase.

Page Five featured Ken Camboo’s Bluegrass Holler saying WLW’s Gary Burbank was opening one of his Real Bar-B-Que joints in Ft. Mitchell. Northern Kentucky Bureau Chief J.R. Hatfield was talking about how Northern Kentucky Developer was facing foreclosure on one of his really big deals, and there was a new item at one of the Bernstein’s restaurants. 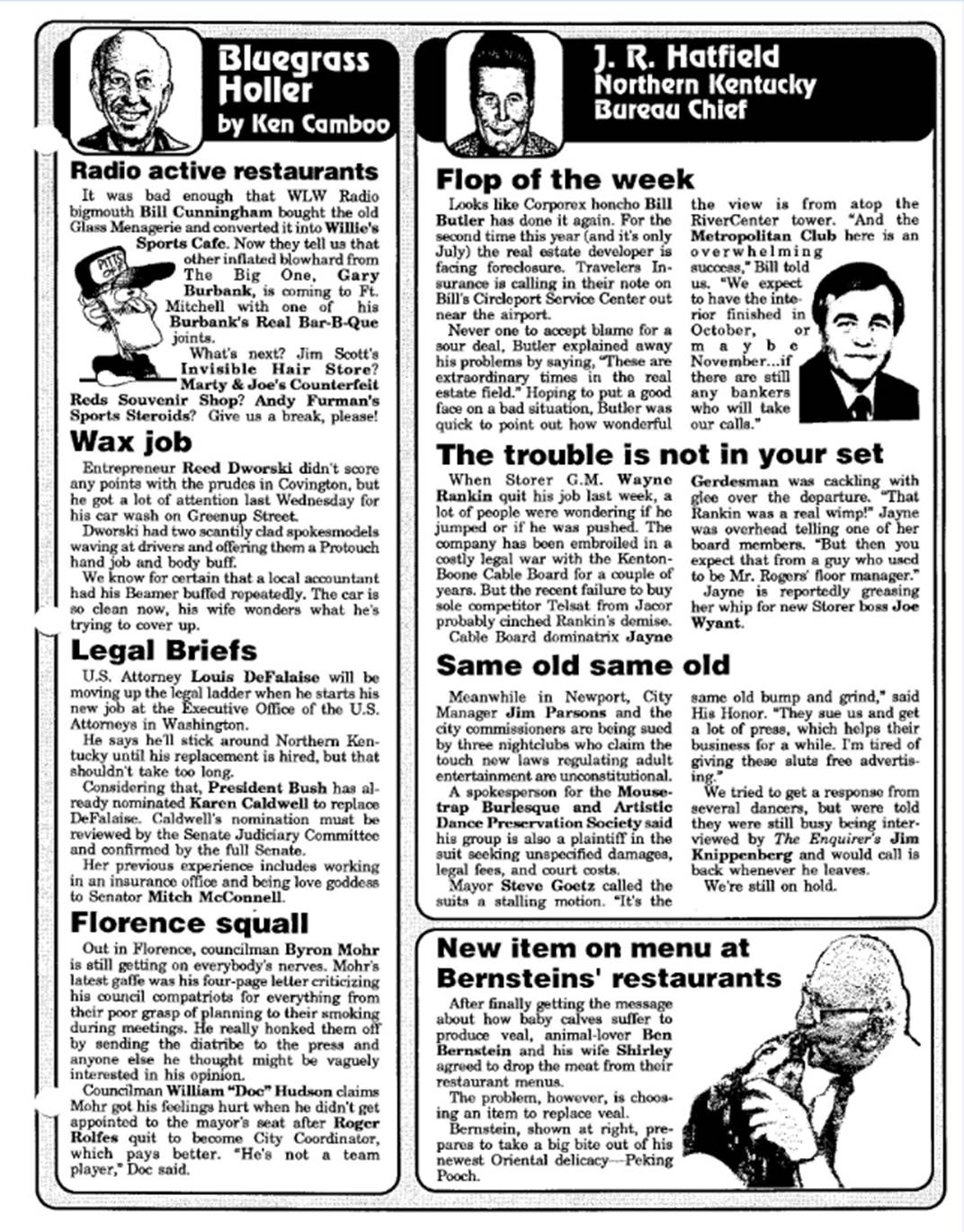 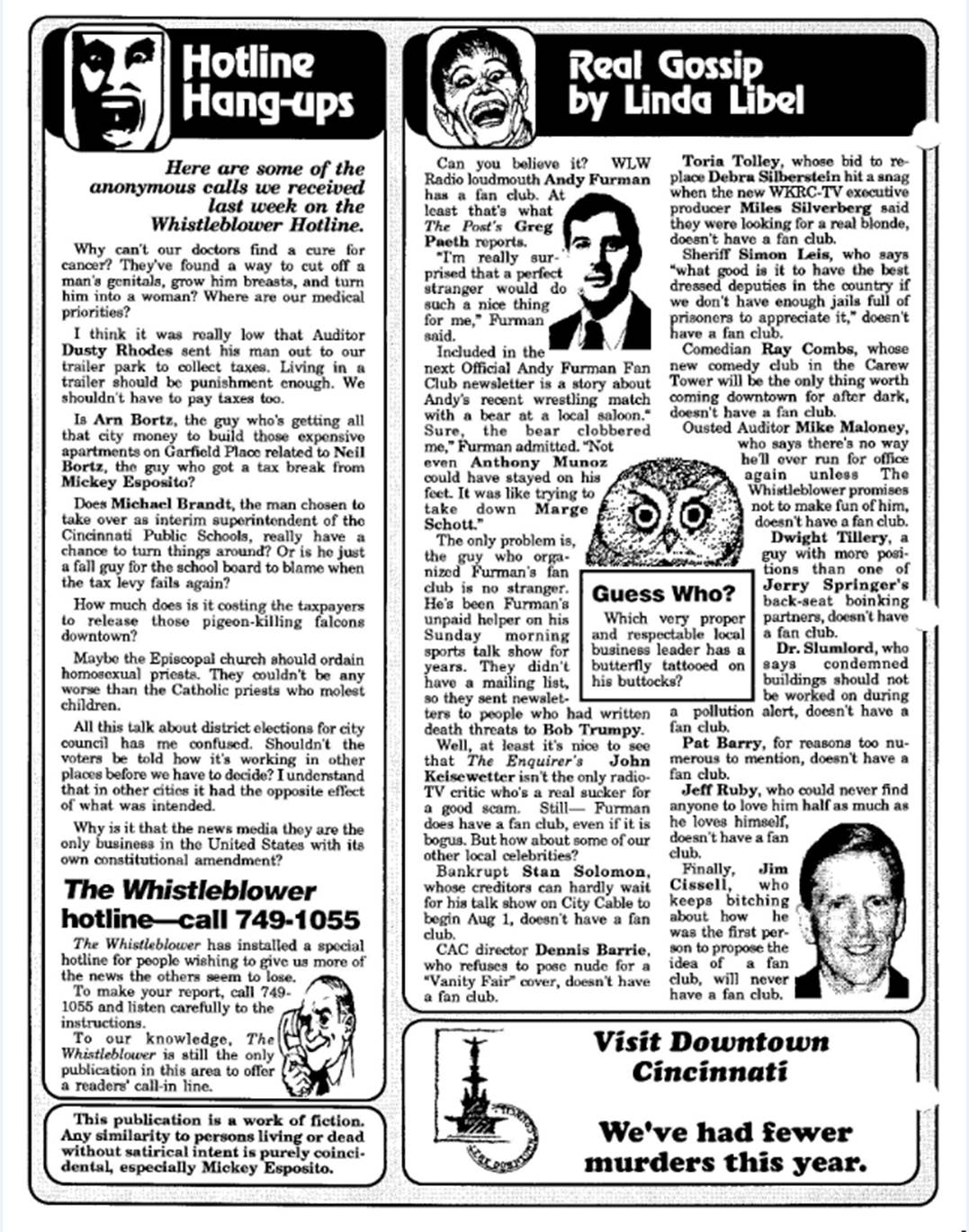