TODAY IS
SATURDAY, JULY 16, 2022
TRUMP’S FIVE-HUNDRED-AND-FORTY-SECOND DAY OUT-OF-OFFICE                  AND WE’RE WONDERING HOW LONG IT WILL BE UNTIL SOMEBODY IN THE RADICAL LEFTIST MEDIA CLAIMS TRUMP PUSHED IVANA DOWN THE STAIRS 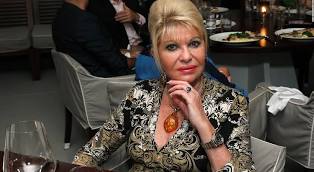 Yesterday at the Conservative Agenda, Political Insiders were asking Beloved Whistleblower Publisher Charles Foster Kane if anybody would be telling us why there hasn’t been any reporting on all those local Ohio GOP Primary Elections Part Deux on August 2 in only 17 more days.
There have been a lot of changes in local candidates’ news coverage since The Blower started chronicling “TaxKiller Tom” Brinkman’s first run for office when he defeated Steve Adams, the endorsed Ohio Republican House candidate in the GOP primary in 2000.

“Those changes in news coverage haven’t always been for the better,” Kane admitted. “Just look at how our Anderson Apocalypse had what amounted to be last year’s exclusive coverage of the Fab Four Conservative Candidates’ historical campaign for the Forest Hills School District Board.

And now that hard-core true-conservative Jen Giroux has entered the race for Brinkman’s Conservative State Reptile Seat, our Angry Andersonian says people are dropping Joe “I’ll Say Anything” Murray like a hot rock. Apparently the Josh Gerth “mini-me” was too much for many to stomach but with no other real choices in the race since Curt Hartman “pulled out” they had backed the moderate Joe.
It might also have been Joe’s super close campaign advisors who have a fondness for drag queen shows and other things that we cannot mention here, since this is after all a family-friendly news site.

Foster Kane Says The Conservative Agenda is watching to see if any progress is made during the 115 DAYS BEFORE THIS YEAR’S MID-TERM ELECTIONS ON NOVEMBER 08 unless they’re postponed.

NOT ONLY THAT, KANE ALSO SAYS THE CONSERVATIVE AGENDA WILL BE MONITORING TO SEE IF THERE’S ANY ACTUAL CAMPAIGNING GOING ON FOR THE OHIO PRIMARY ELECTIONS PART DEUX IN 17 MORE DAYS.