TODAY IS
FRIDAY, JULY 01, 2021
TRUMP’S FIVE-HUNDRED-AND-TWENTY-SEVENTH-DAY OUT-OF-OFFICE
AND IS THE MORNING FISHWRAP JUST NOW SUSPECTING THERE MIGHT BE CORRUPTION AT CINCINNATI CITY HALL? 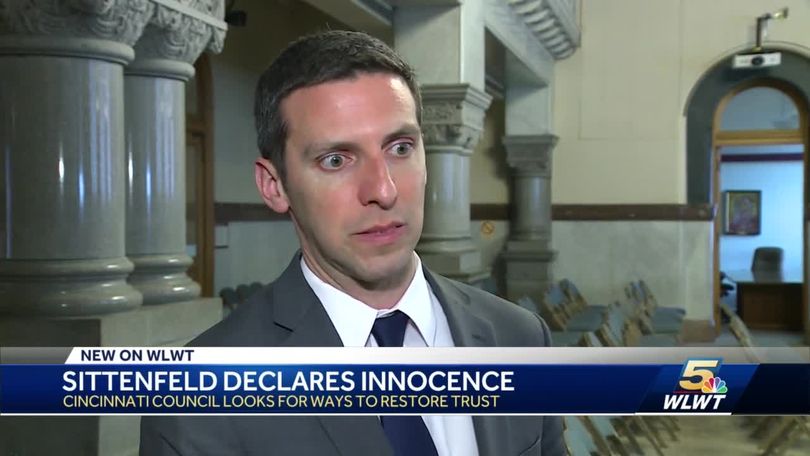 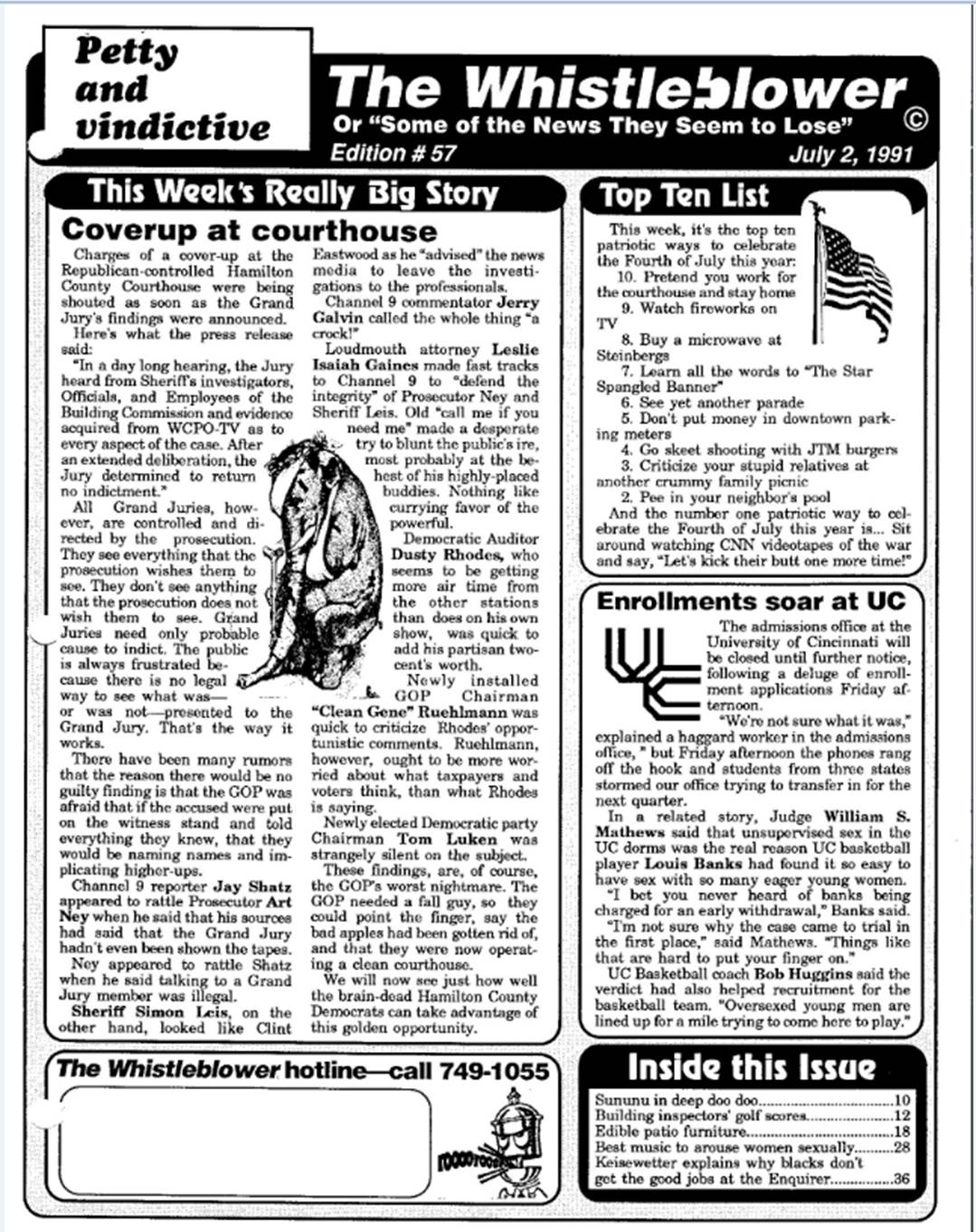 Page Two with Real Editorials by Publisher Charles Foster Kane about Business As Usual at the Hamilton County Courthouse after the grand jury said there would be no indictment for those four building inspectors shown playing golf on a Channel 9 “I-Team” report during rating week. Real Facts reported about the proposed sales tax increase Steve Chabothead and the other commissioners were trying to push through. Cincinnati Post reporter David Wecker was the subject of the Whistleblower Weekly Limerick Contest, and in Bud Fugger’s Homosexual Hotline, we learned what happened after Mayor David Mann didn’t show up at the Gay Pride Day Rally. 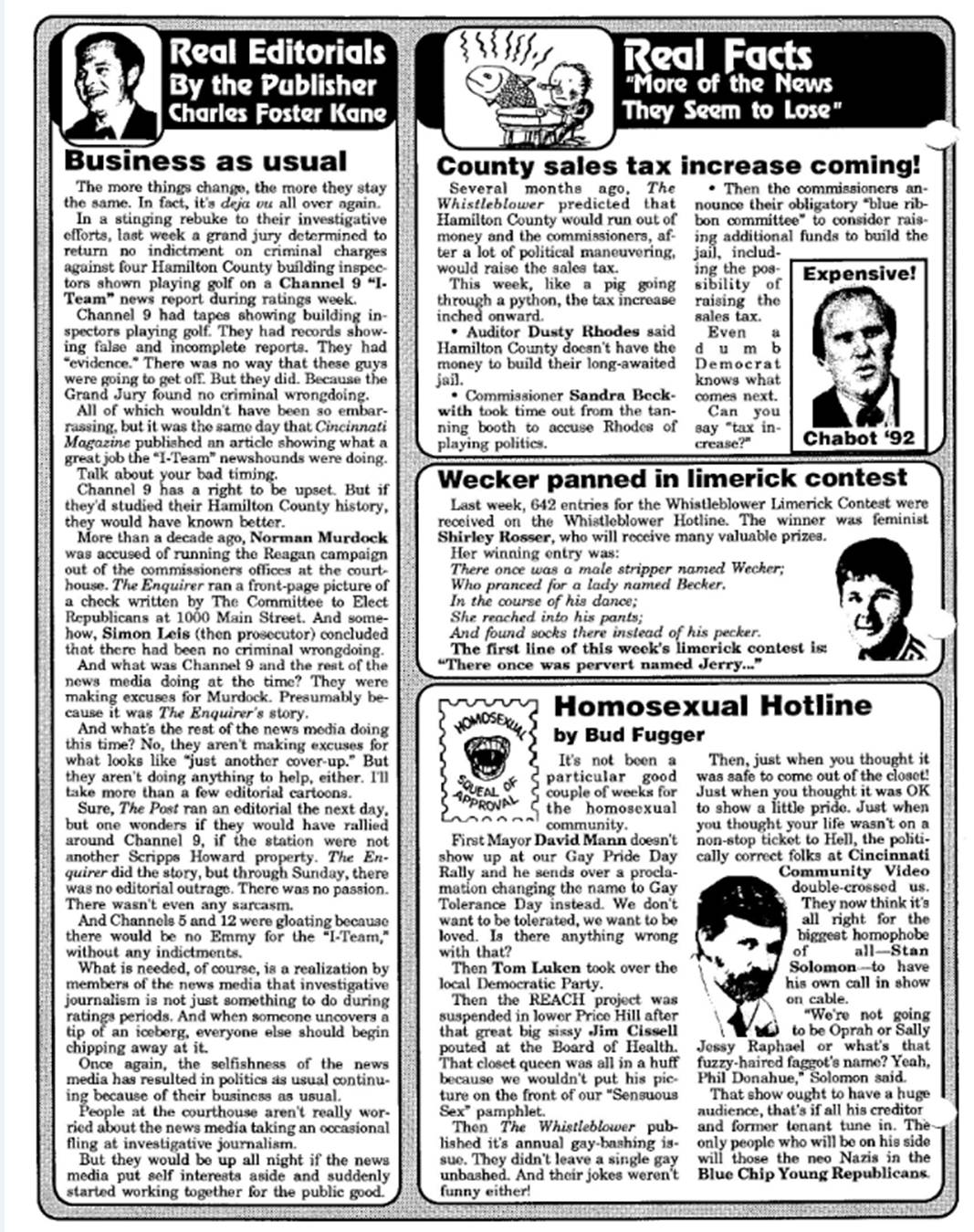 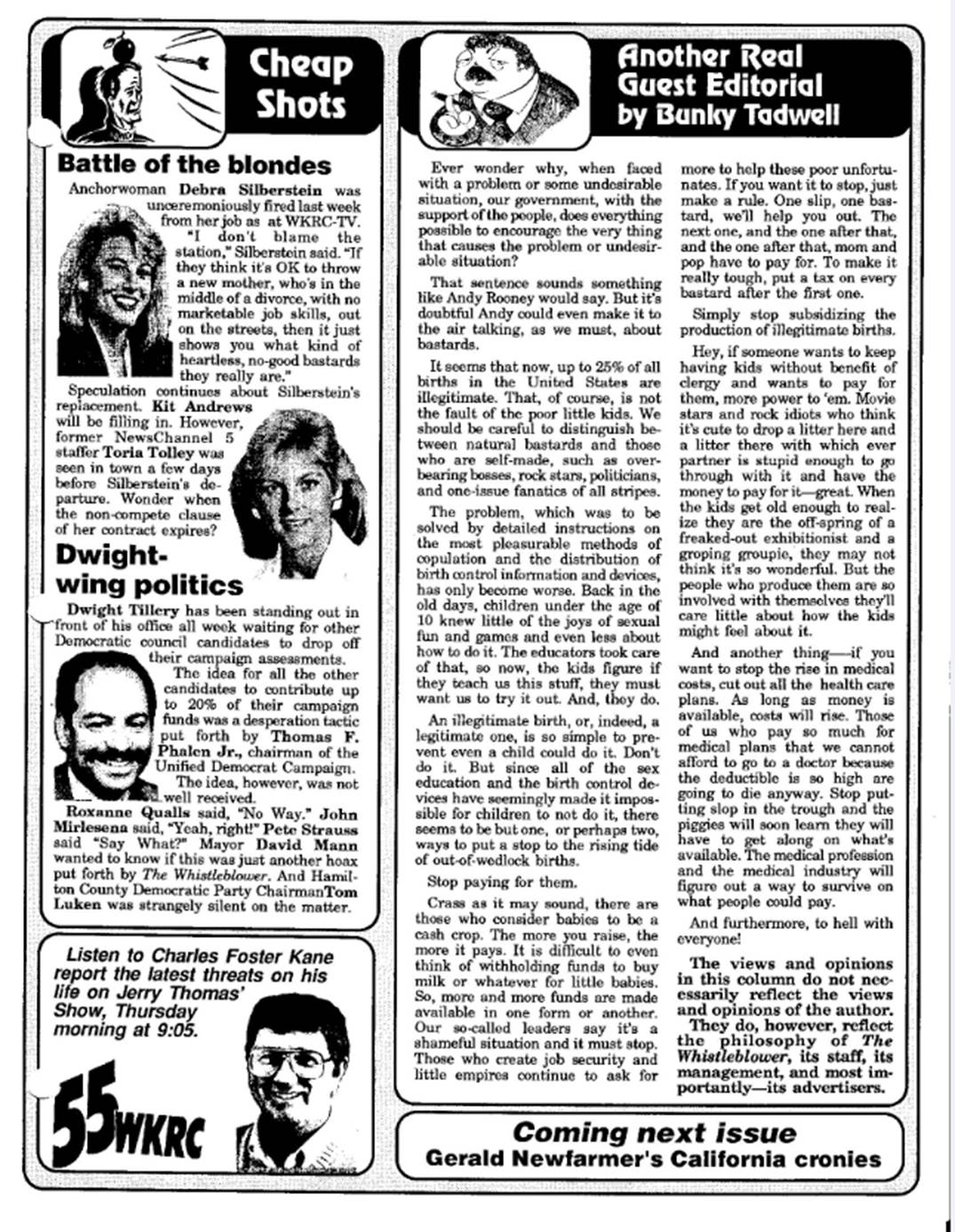 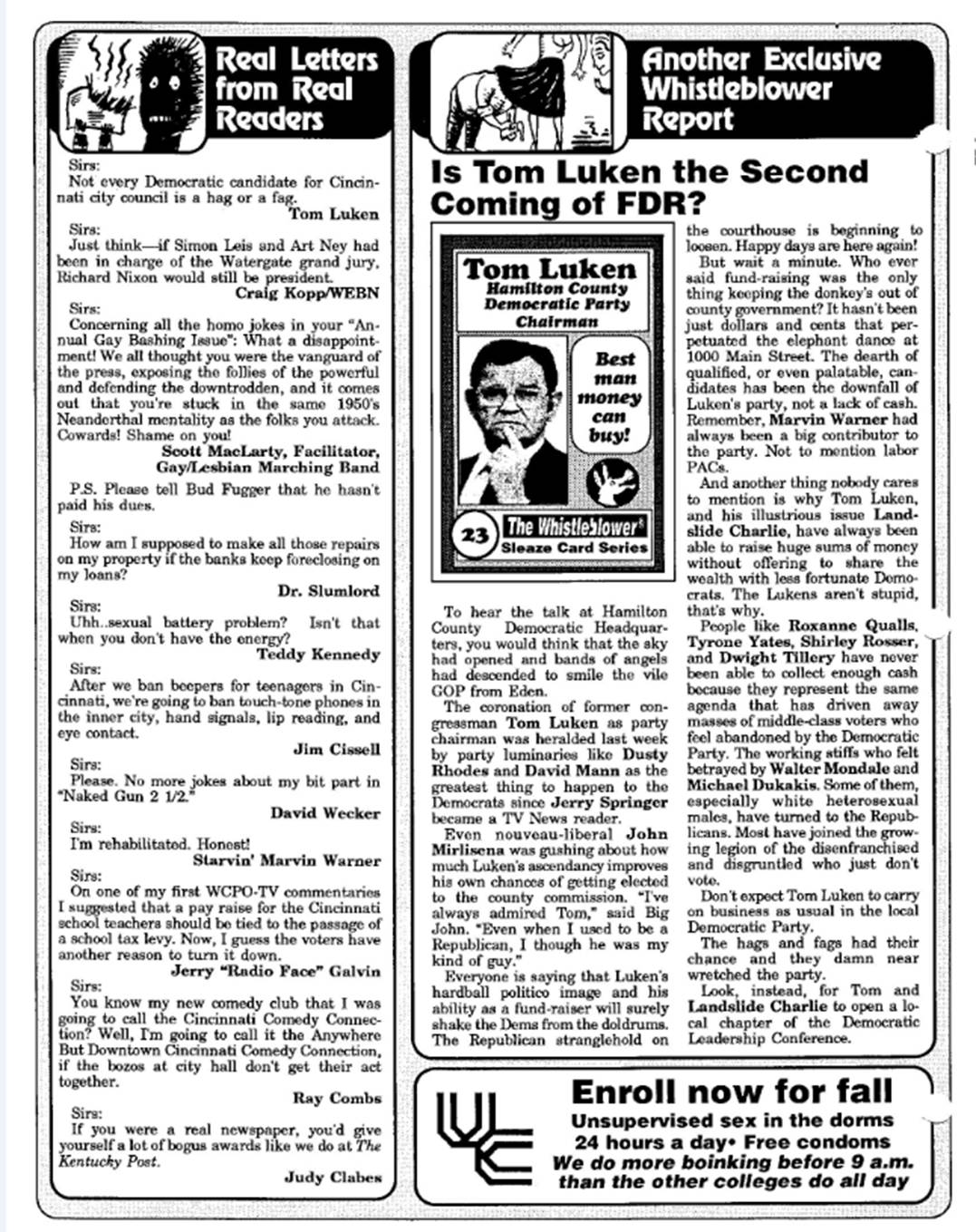 Page Five featured Ken Camboo’s Bluegrass Holler reporting on Death Hill construction delays; police brutality in Ft. Wright; bank mergers; those award-winning negative ads Larry Forgy used in his losing campaign for Kentucky Governor; and how the Northern Kentucky Chamber of Commerce was hogging all the credit for the Covington trolley. Northern Kentucky Bureau Chief J.R. Hatfield was promoting all those upcoming Fourth of July Parades. Plus, there was a story about Marty and Joe talking dirty during a Reds rain delay. 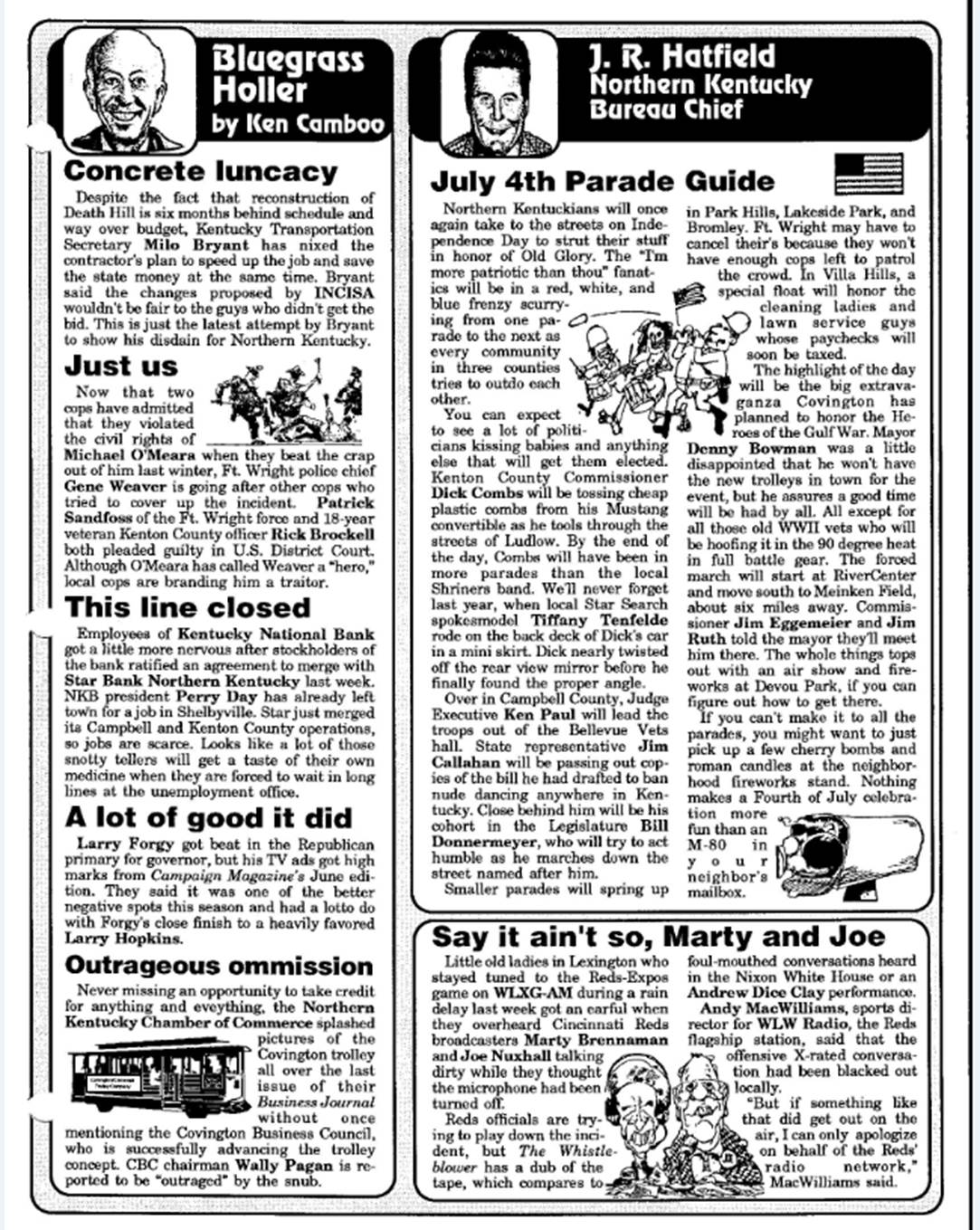 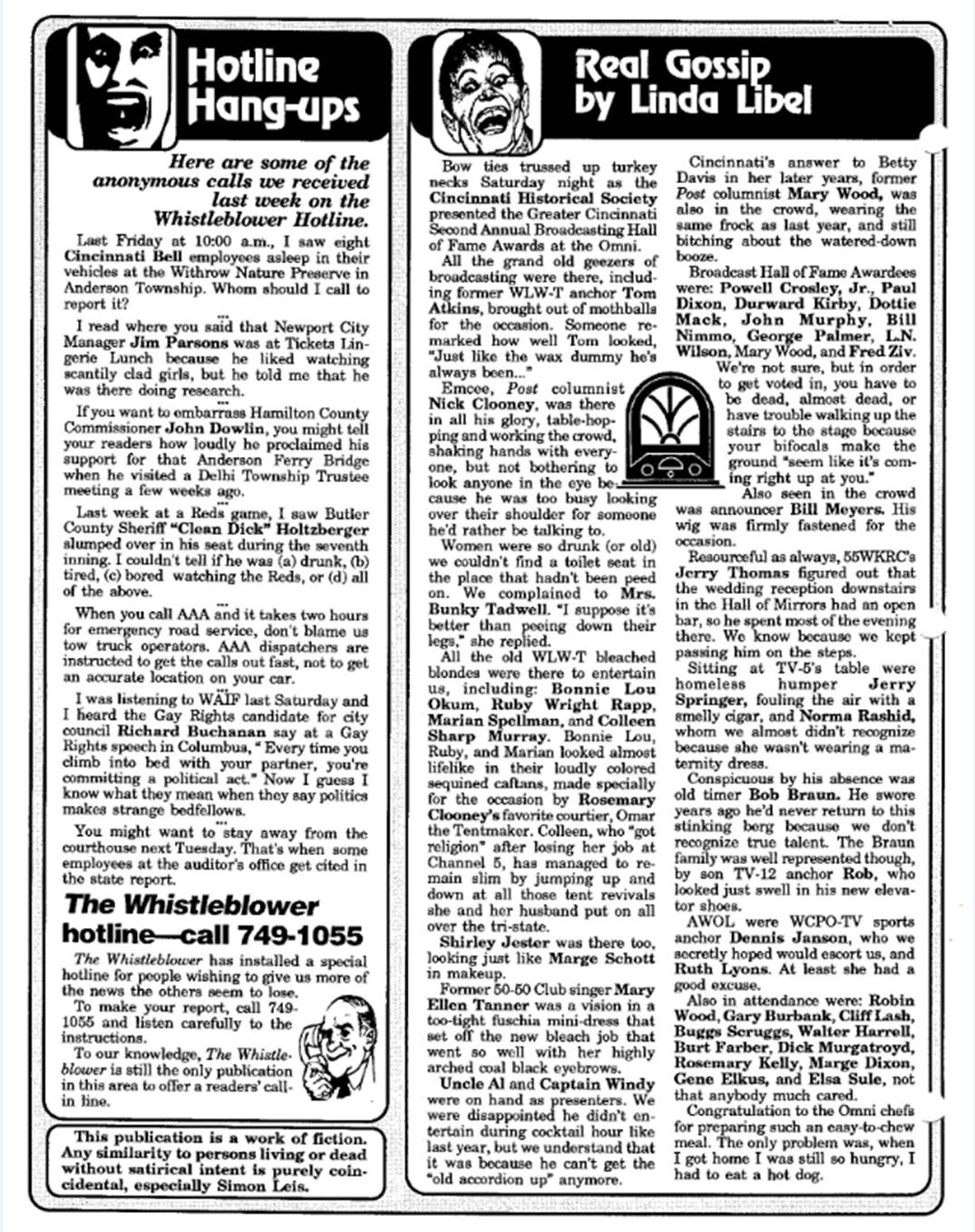