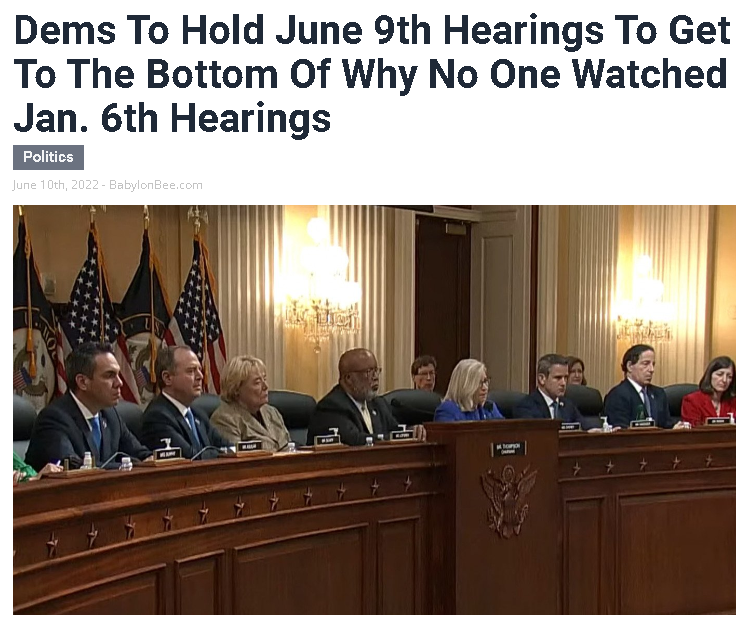 FRIDAY, JUNE 10
TRUMP’S FIVE-HUNDRED-AND-SIXTH-DAY OUT-OF-OFFICE
AND HERE’S SOMETHING YOU WON’T SEE ON THE NIGHTLY NEWS 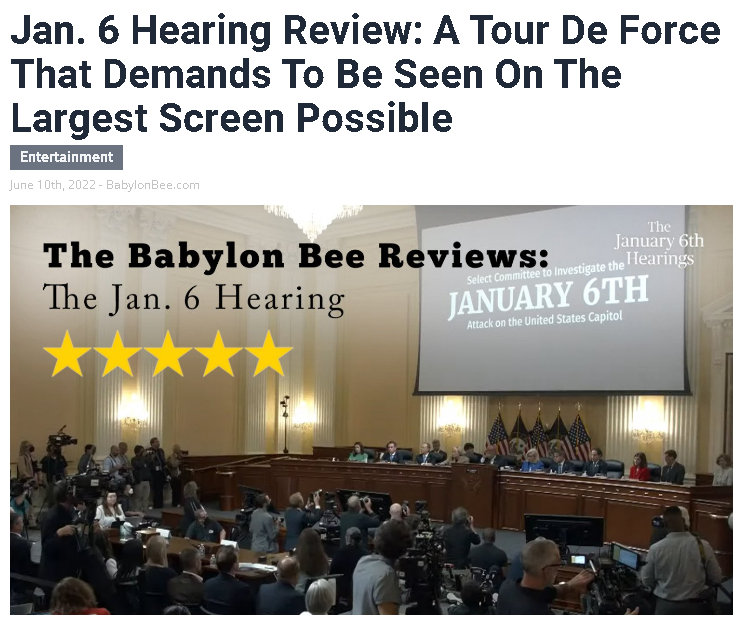 Companies Strangely Silent On Pride Month In The Middle East 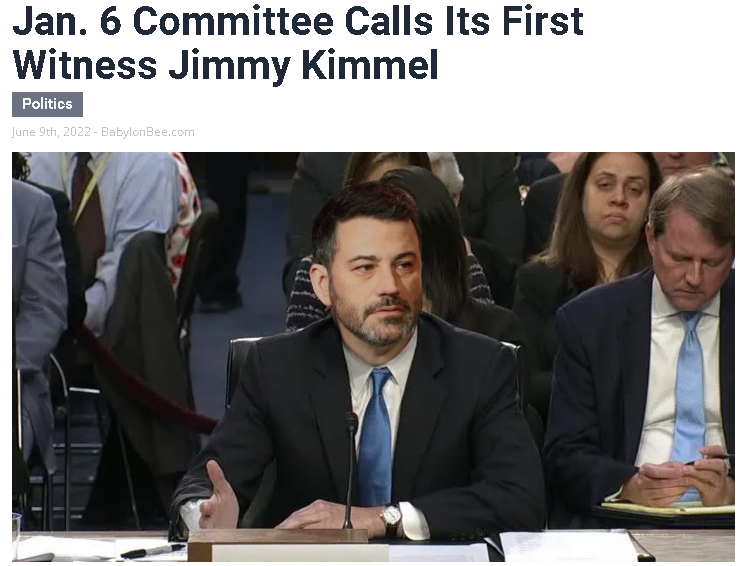 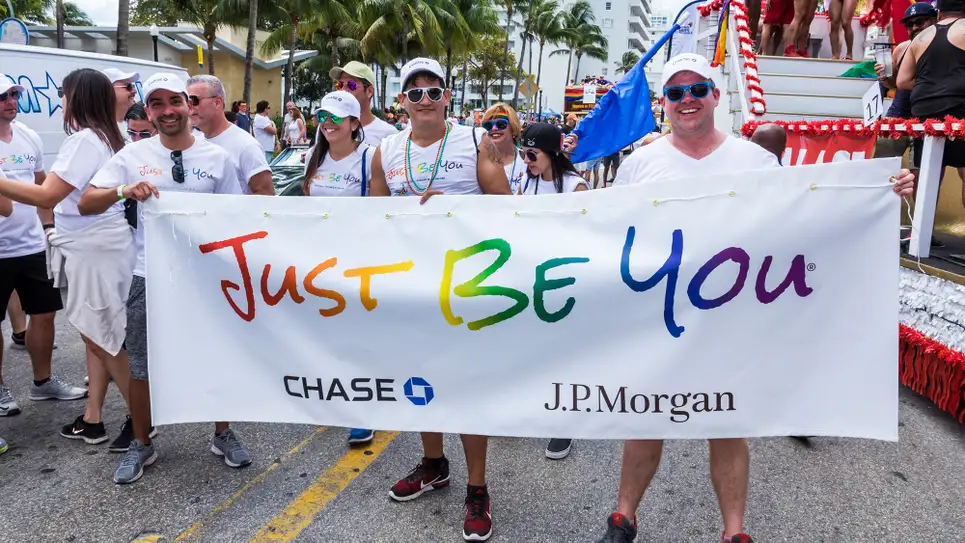 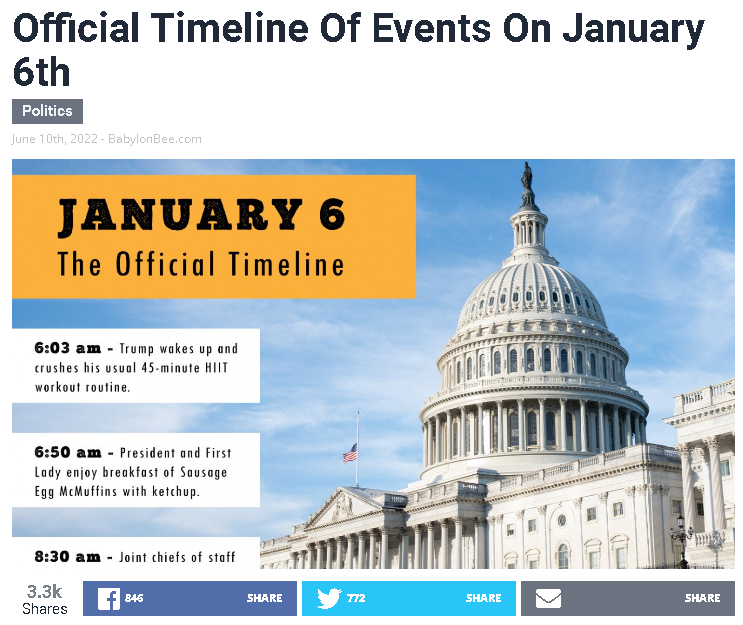 In light of the January 6th hearings, we felt it was prudent to provide a detailed timeline of that fateful day to refresh your memory. We put our best historians and hackers on the project so we could bring you the most accurate and classified details yet.
Here is the official timeline of those terrifying events on January 6, 2021:
________________________________________
6:03 AM — President Trump wakes up at his regular time and crushes his usual 45-minute HIIT workout.
6:30 AM — VP Mike Pence wakes up grumpy with a serious case of “the Wednesdays.”
6:50 AM — President and First Lady enjoy breakfast of Sausage Egg McMuffins with ketchup.
7:00 AM — Mike Pence does his daily Bible reading in Habakkuk. Repents of his earlier grumpiness.
8:06 AM — Trump tweets, “Sleepy Eyes Chuck Todd has never eaten at Arby’s! Sad!”
8:30 AM — Joint chiefs of staff sit down to play a game of Risk Legacy. Gen Mark Milley is later declared victor.
9:00 AM — Trump tweets, “They just found 50,000 ballots last night. But they won’t accept the 100,000 I just found under the couch. RIGGED!”
9:02 AM — Trump tweets, “Why would a Sith cultist leave clues to find something he already knew the location of? Blade of Ochi was a bad idea. Terrible movie!”
9:37 AM — Rep Mike Nearman of Oregon performs blood ritual to summon Buffalo Guy from the Netherrealm.
10:07 AM — Members of Congress slowly filter into the Capitol building throughout the morning. Many of them are late due to nasty hangovers from the previous night’s coke orgy.
10:58 AM — Proud Boys spotted discussing Eddie Bauer’s Winter Collection with FBI agents while marching on Capitol building.
11:30 AM — Sen Todd Young is hassled by protestors for enjoying The Rise of Skywalker.
11:32 AM — AOC dies tragically in a coal mining accident.
12:00 PM — Trump speaks to his supporters at a rally next to the George Washington Memorial. During his speech, he claims to be taller than George Washington, a statement fact-checkers later determine to be “mostly true.” He then suggests the monument should be renamed the Trump Monument “since I am taller and pointier, believe me.”
12:15 PM — Trump says, “I know that everyone here will soon be marching over to the Capitol building to peacefully and patriotically make your voices heard” in a dramatic call to violence.
12:53 PM — Protesters rudely leave Trump’s speech early to break through barriers around the Capitol building.
12:58 PM — Buffalo guy casts Divine Favor for +1d4 radiant damage.
1:05 PM — House Speaker Pelosi bangs her gavel to call Congress to order. She accidentally strikes AOC, who dies.
1:10 PM — Trump ends his speech with what experts determine are “fighting words.”
1:45 PM — FBI successfully breaches Capitol.
2:13 PM — Mike Pence is evacuated from the Capitol building by Special Agent Jack Bauer.
2:19 PM — Grandma asks Capitol Police where the bathroom is. She later calls Capitol Police officer “a very nice young man.”
2:24 PM — Trump tweets: “Just found out Pence liked Rise of Skywalker. Disappointing!”
3:13 PM — Trump tweets: “Guys, I was joking! Everyone calm down!”
4:21 PM — AOC dies tragically after strangling herself while trying to tie her shoes.
6:02 PM — Grandma finally finds a bathroom in the Capitol building after nice men let her in.
7:34 PM — Trump binges every episode of Mork & Mindy, as is his nightly ritual.
11:37 PM — AOC dies.
________________________________________
Truly a harrowing day in our history. Let us never forget!

Foster Kane Says The Conservative Agenda is watching to see if any progress is made during the 151 DAYS BEFORE THIS YEAR’S MID-TERM ELECTIONS ON NOVEMBER 08 unless they’re postponed.