TODAY IS TUESDAY, DECEMBER 14, 2021
TRUMP’S THREE-HUNDRED-AND-TWENTY-EIGHTH DAY OUT-OF-OFFICE
AND ANDERSON TOWNSHIP TRUSTEE ANDREW S. PAPPAS WILL BE EXERCISING HIS FIRST AMENDMENT RIGHTS DURING HIS FINAL TRUSTEE’S MEETING ON THURSDAY WITH MORE OF HIS TRADEMARK “OFFENSIVE AND REPREHENSIBLE COMMENTS” 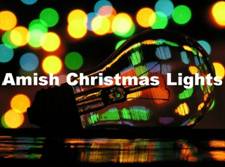 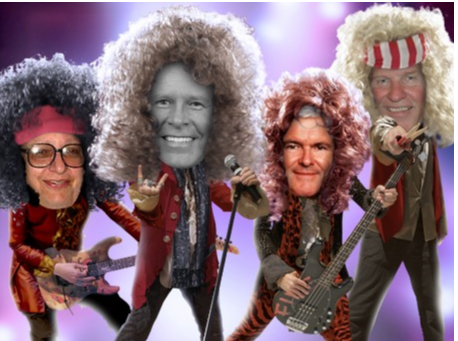 IN TODAY’S NEWS FOR JEWS, just in time for Chanukah, The Blower is checking out that long article in the FAKE NEWS New York Times warning about the supposed health dangers of eating fried potatoes, even though the news it didn’t mention the word “Chanukah” or the latkes.

ALSO IN CLERMONT COUNTY: Let’s all learn the words so we can sing them at “Mean Jean’s” upcoming Annual Holiday Party later this month, because Ohio Rep-tile “Mean Jean” Schmidt is keeping tradition alive with her annual Christmas party.  This year it will be held at Belterra on Christmas Eve, starting at 6:30 p.m. until 9:30 p.m. The public is invited and the casino will provide you with a complimentary $15 voucher for any type of gaming.  Just tell Security at the door you are there for the Schmidt event. Schmidt will feature her free buffet including the famous pair of peeing cherubs dispensing flowing champagne.  There will also be music and dancing and political preening. 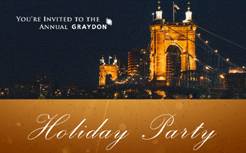 The political elite in Northern Kentucky are still talking about this year’s Annual Graydon Holiday Party at the Fort Mitchell Country Club which has come to be known as the premiere business-holiday event on both sides of the river, made even more prestigious this year without the participation of former Graydon attorney Rick “The Batboy” Robinson. Compare that sumptuous soiree with the Chintzy Christmas event being planned by COAST’s Litigious Lawyer Chris Finney, where anybody can get in for free, but you’ll still have to pay for your own food and drinks, now that a real conservative like COAST’s new right-wing Chairman BradBeckett is running the show.

Political Insiders in Northern Kentucky are also anxiously awaiting their engraved invitations to our Good Friend Kenton County Commonwealth Attorney E Rob Sanders’ Four Hundred and Twenty Eighth Annual Office Party. The Robster’s still trying to find a place big enough to accommodate all his friends, especially if the Whistleblower NoKY Legal Dream Team and the Cabal to Destroy “Crazy Eric Deters (including the Lisa Wells WLW Fan Club) decide to have their Holiday events at the same time and place again. What a coincidence that would be.

Thursday at 9:41 PM, it will be exactly seven years since Charles Foster Kane’s Long-Time Faux Facebook Friend Eric “Call Me Crazy” Deters finally “unfriended” him. Do you think it was something we could’ve written?

AND YOU KNOW ITS GOING TO BE A GOOD HOLIDAY SEASON, because K-Mart just re-ordered more of those Amazing Chabotheads. Kwanza Claus says on there are now only 12 more shoplifting days until Kwanza. Druids will be celebrating the Winter Solstice on December 21, and Cougars in Fort Mitchell will be trolling for high school boys for some World Orgasm Day revelry. 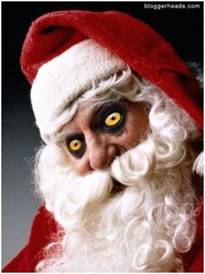 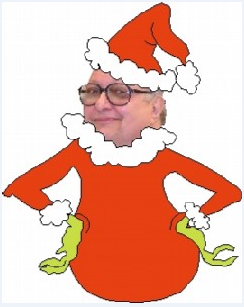 FINALLY, AT YESTERDAYS MEETING OF THE CONSERVATIVE AGENDA, Political Insiders were asking Beloved Whistleblower Publisher Charles Foster Kane if there would be another Anderson High School’s Class of ‘56 Survivors Christmas Dinner at Grove Park Grille this year. Attendance Attendance for the Octogenarians keeps getting smaller every year.

The best part of the last year’s event was when one of Kane’s classmates we’ll call “Carl” (an illustrious former Clermont County elected official )once again showed everybody his class ring that had just been returned to him that he thought had been lost forever the night of the Senior Prom. One of his old girlfriend’s doctors found it during a recent Gynecological Exam. 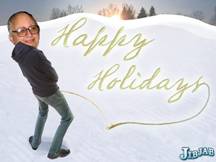