Remembering that “POINTLESS PROTESTS” E-DITION following Trump’s Victorious 2016 Presidential Campaign to see how relevant Those Cartoons Would Be Today.

SATURDAY, DECEMBER 3, 2016
This Should Be The Stupidest Protest Yet 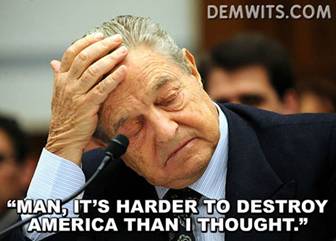 This weekend at the Whistleblower Newswire, Bluegrass Bureau Chief Ken CamBoo was working on a big really story about George Soros’ Million Moron March our Feckless Fishwrappers were orchestrating in Northern Kentucky.

The Liberal Media Conspiracy was hoping a lot of local Dumbed-Down, Self-Absorbed, Media-Influenced, Celebrity-Obsessed, Politically-Correct, Uninformed, Short-Attention-Span, Free-Stuff Grabbing, Low-Information Obama Supporters Who Put The Positively Worst President in History In The White House—Twice, and Fail To Give 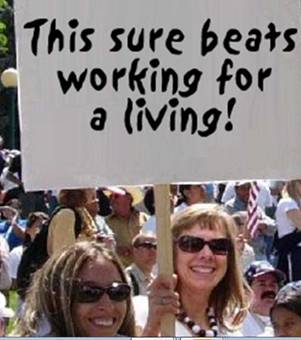 Obama a Third Term By Voting For Hillary, and get all of their information from our Obama Supporters in the Press, like the ones on Channel 5, 9, 12, and 19, would show up for NKY Unites’ totally meaningless Love Trumps Hate social action demonstration against selected Liberal Agenda targets like racism, bigotry, homophobia, sexism, xenophobia, and class discrimination. Feminists were advised to wear bras so their itty bitty titties didn’t get too cold.

Besides homophobia and xenophobia, Moronic Millennials, baby killers, and people who had only voted three times protesting against Islamophobia, Genophobia, and Trumpophobia, were also welcome.