Edition #39 (published on February 26, 1991) of the original printed edition of The Whistleblower (not the Newswire) was delivered to Persons of Consequence all over town. That Week’s “Really Big Story” was all about how Slumlord Stan Solomon was ignored. The Top Ten List was the Top Ten Concessions Saddam Hussein wanted to get out of Kuwait, and Jerry Springer’s Original “Women who turned me down list.” 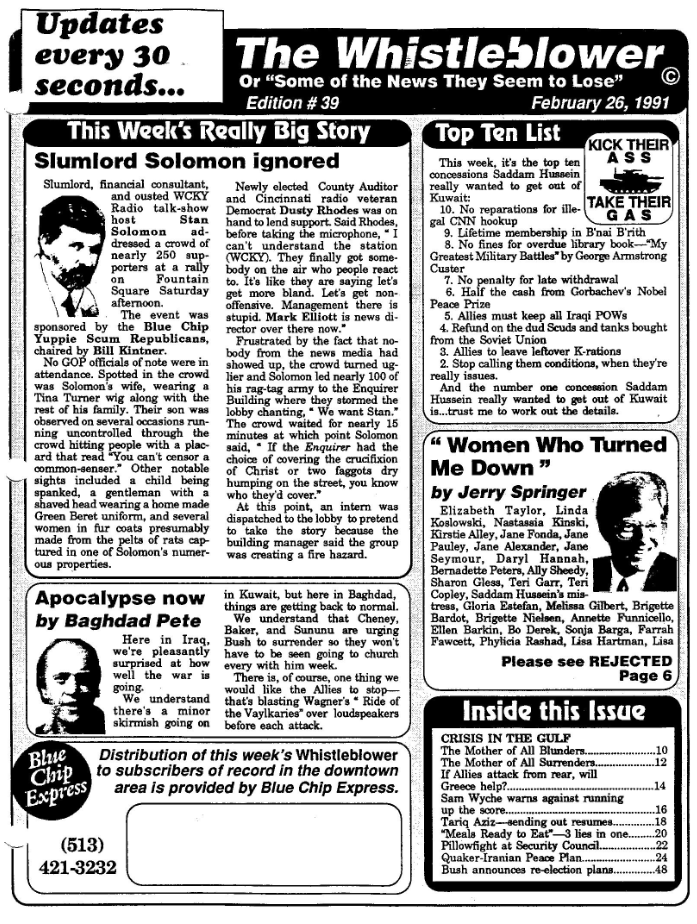 There was a Real Editorial by Whistleblower Publisher Charles Foster Kane (before he became “Beloved”), more “Real Facts,” and a United Nations Report by Ken Blackwell. 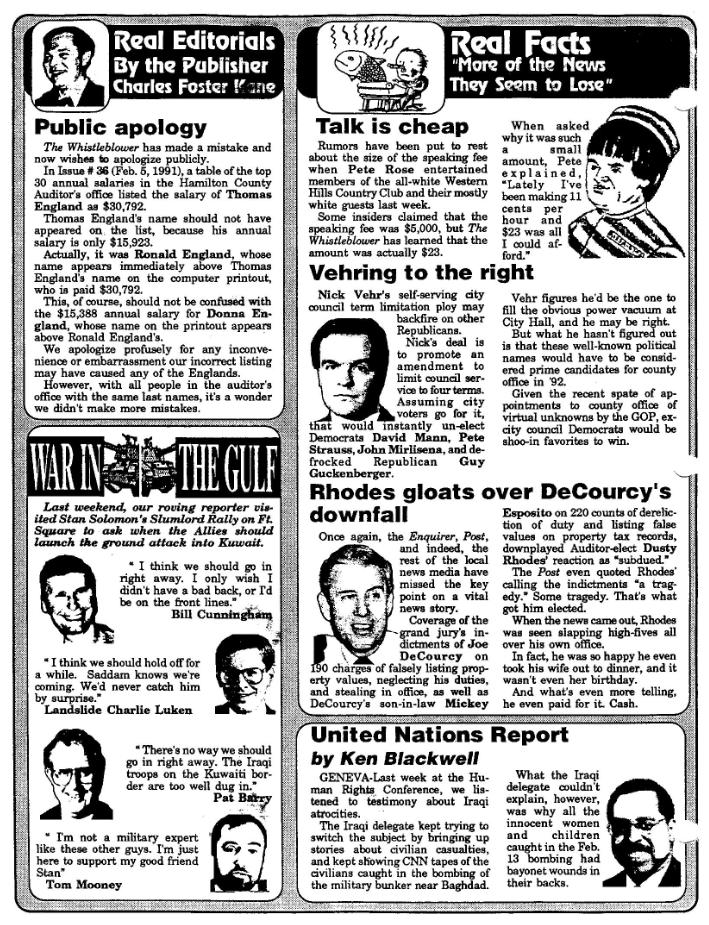 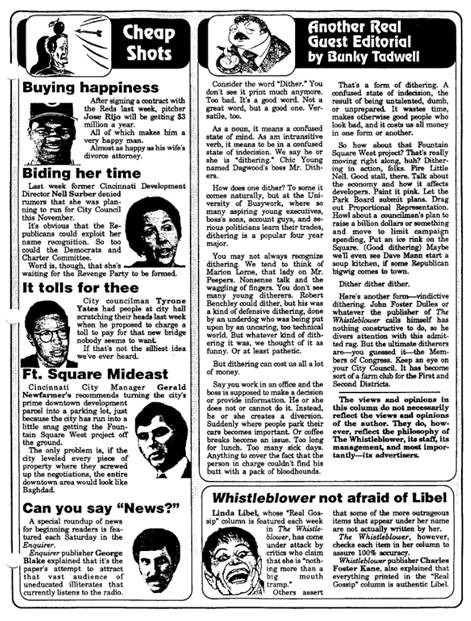 We Also Featured “Real Letters From Real Readers,” “Another Exclusive Whistleblower Report” about Saddam Hussein’s Sexual Problems by Connie Lingus, Sex Therapist and an ad for some Desert Storm Memorabilia. 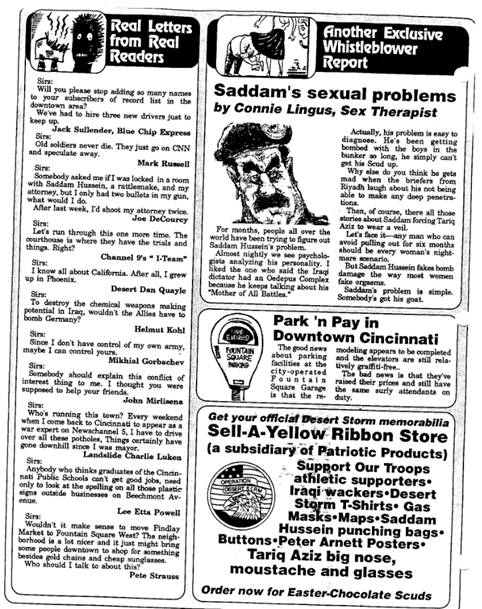 Page Five Featured Bluegrass Holler by Ken CamBoo, a Column by then Northern Kentucky Bureau Chief J.R. Hatfield, another pointless election year gesture, and an ad for “Dawn of the Duke,” then playing at a theater near you. 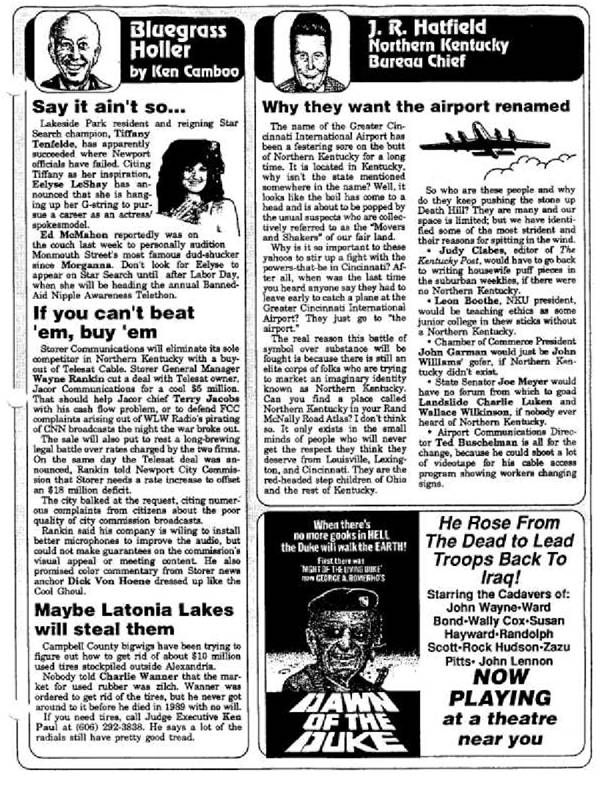 And on Page Six, we featured the rest of Jerry Springer’s “Women Who Turned Him Down” List, and Real Gossip by Linda Libel 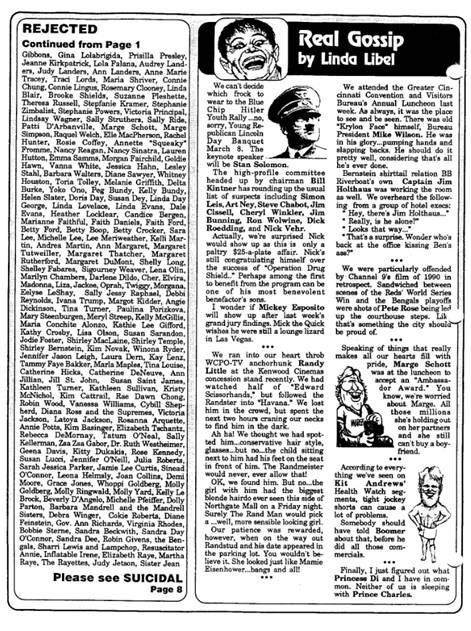