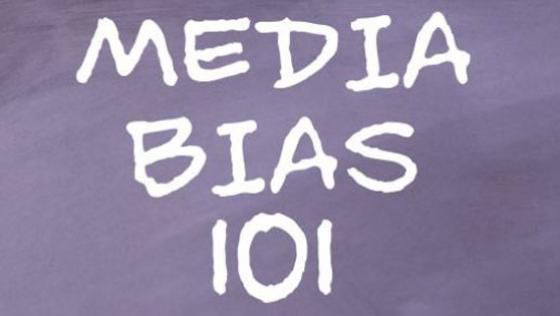 HILLARY CLINTON DELIVERS A COMMANDER IN CHIEF LEVEL PERFORMANCE AT MSNBC TOWN HALL (Hillary Clinton delivered a rock solid performance at an MSNBC town hall from Illinois where she looked like a candidate who would be ready to be Commander in Chief on day one.)

PRESIDENT OBAMA’S FOCUS ON DIPLOMACY OFFERS STARK CONTRAST TO TRUMP’S EMPTY RHETORIC (Citing the criticism for his commitment to diplomacy, the President touted JFK’s reasoning for trying negotiation, “‘Let us never negotiate out of fear, but let us never fear to negotiate.'”)

TRUMP HELPS DEMOCRATS WIN: 10% OF OHIO REPUBLICANS WILL VOTE FOR CLINTON IF TRUMP WINS (Republicans should be shaking in their shoes after a new poll of Ohio found that 10% of the state’s Republicans will vote for Hillary Clinton if Donald Trump is the Republican presidential nominee.)

TRUMP BLAMES CNN FOR VIOLENCE WHILE PLAYING THE VICTIM AND THREATENING MORE VIOLENCE (The Trump director of social media blamed CNN for the rally violence and threatened that protesters face the possibility of “escalation” if they keep exercising their first amendment rights.)

REPUBLICANS DISGRACE AMERICAN VALUES BY SETTING UP TASK FORCE TO OBSTRUCT OBAMA NOMINEE (The RNC is taking the Republican Party to a new low with a campaign that will attack Democratic presidential candidates and senators who want the Senate to do their jobs and hold hearings on President Obama’s Supreme Court nominee.) 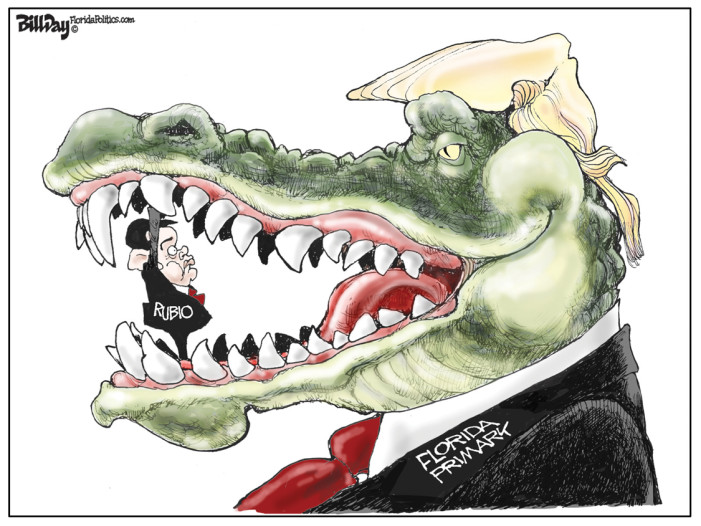 MARCO RUBIO SPITS ON MIAMI MAYOR’S RINGING ENDORSEMENT (Mr. Regalado’s endorsement comes at a time when the sea level has risen an unprecedented 5 inches all along the Atlantic coastline.)

AMERICANS HAVE A RIGHT TO PROTEST, BUT TRUMP HAS A RIGHT TO SPEAK (This is America. And nobody should be silenced. Not if we take the First Amendment seriously. Not even Trump.) 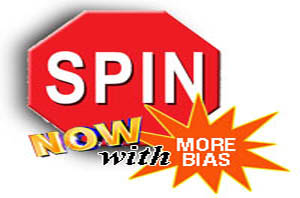 NETWORKS AWARD TRUMP 84 PERCENT OF PRE-SUPER TUESDAY 3 GOP COVERAGE (Ahead of the third installment of Super Tuesday on Monday, the broadcast network evening newscasts followed their predictable pattern of focusing almost exclusively on Donald Trump to the tune of a whopping 84 percent of the Republican campaign segments totaling nearly 15 and a half minutes.)

BY 15-TO-1 MARGIN, NETWORKS BLAME TRUMP, NOT LEFTIES, FOR CAMPAIGN VIOLENCE (Since Friday night’s mayhem in Chicago, all three broadcast networks have made the violence surrounding Donald Trump’s rallies the near-exclusive focus of their campaign coverage. But an MRC analysis of ABC, CBS and NBC news coverage found that the left-wing protesters who forced the cancellation of a presidential campaign event escaped nearly all blame, as reporters dumped 94% of the blame on Trump and his campaign.)

BEE SMEARS TED CRUZ AS CHEST-BURSTER FROM ‘ALIEN’ FRANCHISE, RAFAEL CRUZ FOR CHRISTIAN VIEWS (While Donald Trump has drawn slews of voters thus far in the presidential campaign based on his controversial rhetoric, TBS’s Full Frontal host Samantha Bee has undertaken a similar strategy by seeking to be as vulgar as possible toward conservatives to attract favor and ratings by liberals. With that in mind, Monday’s episode was no different as she maligned Senator Ted Cruz (Tex.) and his father Rafael.)

POLITICO EDITOR TOUTS OBAMA ‘INTEGRITY,’ ADMINISTRATION NEVER ‘MARRED BY ETHICAL SCANDALS’ (“Objective” journalists have a bad habit of declaring against all evidence that President Obama has been “scandal-free” since 2009. This was demonstrated again on the C-SPAN interview program Q&A with Brian Lamb. The guests were married journalists: Politico editor Susan Glasser and New York Times White House correspondent Peter Baker. Lamb asked about Obama’s place in history, and he received the usual gunk from Glasser: “He’s going to be judged as someone with integrity, more or less, by history.”)

MELISSA HARRIS-PERRY GOES RACIAL ON PMSNBC: I Will Not Be Network’s ‘Mammy’ (Ex-PMSNBC host Melissa Harris-Perry on Monday appeared on The View to level a racially charged attack against her former employer. Harris-Perry angrily declared that she would not be a “mammy” for the liberal cable channel. Regarding a leaked e-mail she sent to the crew of her show, Harris-Perry explained, “I’m an African-American politics scholar. So, when I say mammy, I mean something very particular.”)

LIBERAL MAGS GET FACTS WRONG TRYING TO DISMISS VA SCANDAL (In an absurd attempt by Washington Monthly to claim that the scandal at the Veteran’s Affairs Department was “invented” by the Koch brothers in order to “dismantle the country’s most successful health care system,” the liberal publication made numerous false statements that were contradicted by the agency’s own inspector general report.)

And Here Are A Few New Posters We Just Received 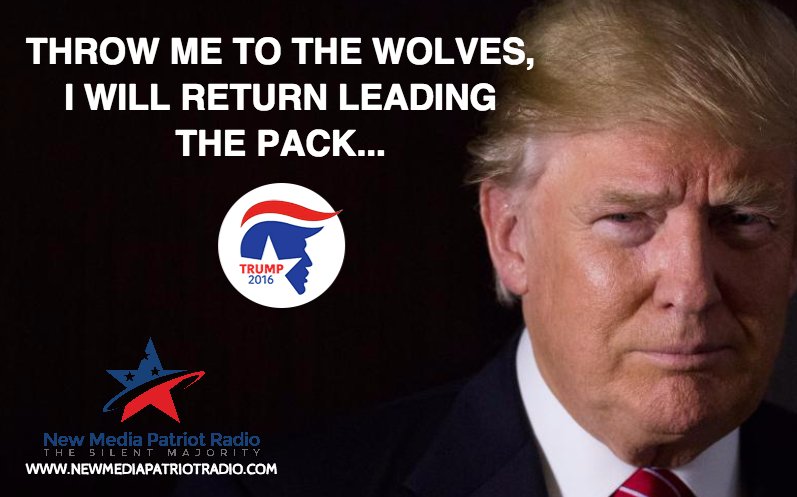 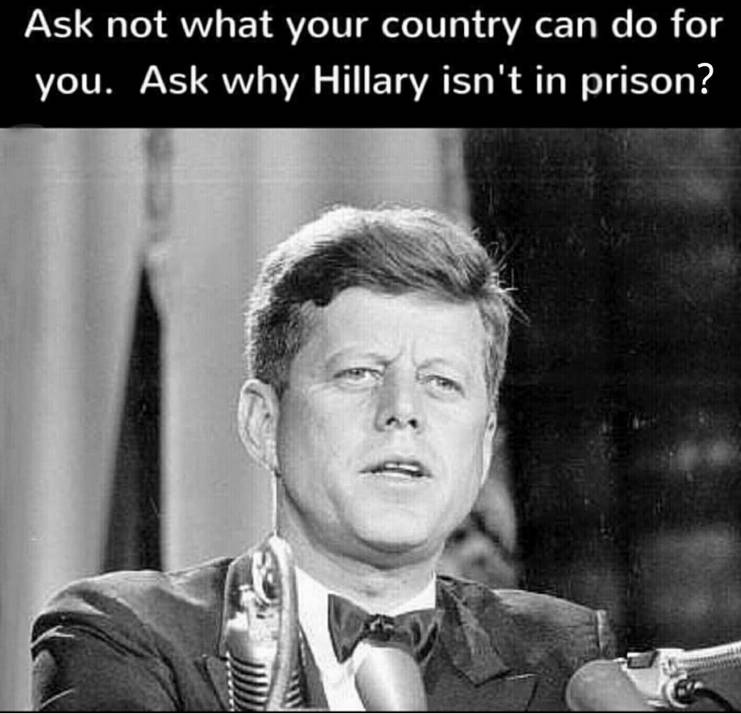 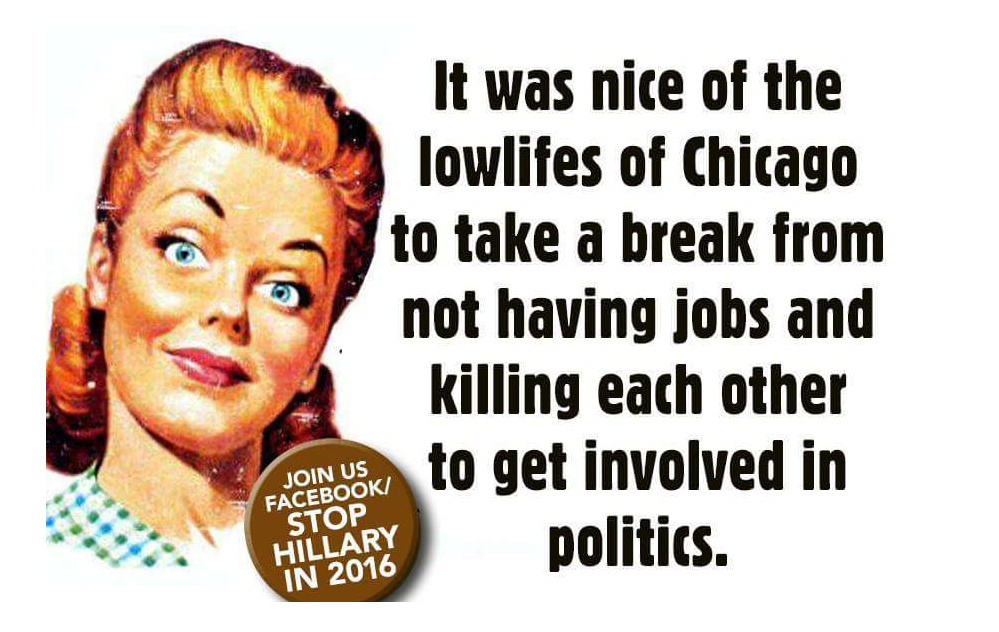 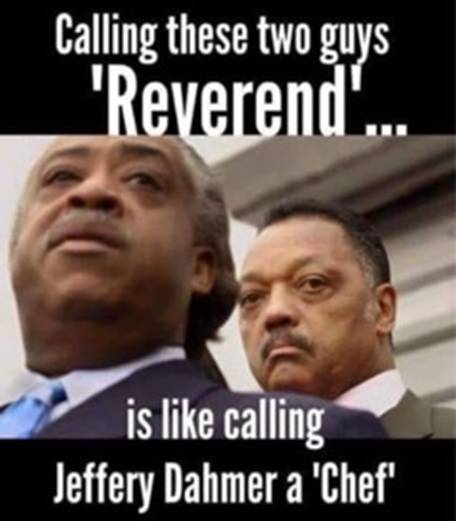 Expect More Of The Same For The Next 310* Days Until Noon on Inauguration Day When The Nation Can Begin To Undo All The Damage Obama Has Done.