The Battle Lines Are Now Drawn 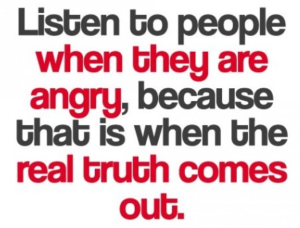 Yesterday at the Conservative Agenda, Political Insiders were asking Beloved Whistleblower Published Charles Foster Kane to explain about all those Angry, Frustrated and Fed-up Americans who showed up at Trump’s rally in Alabama on Friday night. “Let’s face it,” Kane said. “When you’re angry, frustrated and fed-up, someone like Donald Trump looks like the Messiah you’ve been waiting for. They don’t care if Trump is just spouting words that have little substance. They don’t care how impractical he is. His strong suit is that he’s not the others. And at this point in time, that’s more than enough for the Angry People.” 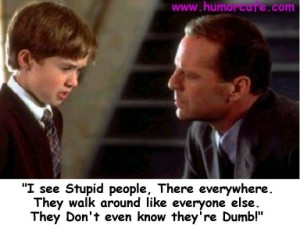 On the other side, you still have all those Dumbed-Down, Self-Absorbed, Media-Influenced, Celebrity-Obsessed, Politically-Correct, Uninformed, Short-Attention-Span, Free-Stuff Grabbing, Low-Information Obama Supporters Who Put Obama In The White House—Twice, and get all of their information from our Obama Supporters in the Press. We’ll call them the Stupid People, including all those Dysfunctional DemocRATS willing to cough up $2,700 apiece to attend Hillary’s fund-raiser on September 10 in East Walnut Hills hosted by Jennie and Allan Berliant, unless, of course, she’s indicted before then.

Some of those Stupid People who don’t trust Hillary are probably included among those 46% of Likely U.S. Voters who now believe Hillary should suspend her campaign for the DemocRAT presidential nomination until all of the legal questions about her use of the private e-mail server are resolved. Maybe that’s why Obama gave Doofus Vice President Joe Biden his blessing to run against her.

Also included are all those Liberal Lunatics flocking to hear Socialist Senator Bernie Sanders’ nonsense these days. If you think people who support Hillary are Stupid People, just wait till you hear some of the answers Jesse Watters gets when he asks folks of New Hampshire what they think about the presidential hopeful from the neighboring state on Vermont.