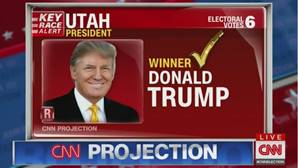 And We’re Documenting 2016’s Greatest Presidential Campaign In History With Only 12 More Days Till Election Day, Remembering Our “ONLY 12 MORE DAYS TILL THE ELECTION” E-dition

… And Our Political Junkie We’ll Call “Cincy Dave” was already predicting a big win for “Crooked Hillary” with only 12 more days until Election Day 2016 while everybody at the Conservative Agenda was not surprised to see all that damaging data in the latest WikiLeaks Document Dump. 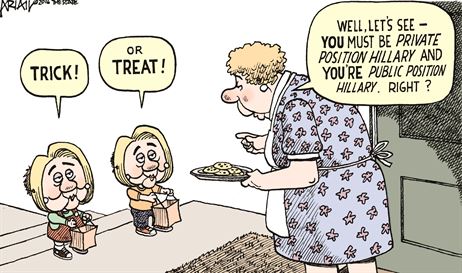 There is another Wikileaks dump, this one showing that an aide to Bill Clinton mixed fundraising for the Clinton Foundation with paid gigs for the former president. There may not be much there but it doesn’t look good and therefore Clinton opponents will make the most of it.

TRUMP SHOWS OFF NEW PENNSYLVANIA AVENUE DIGS
Always willing to mix business with politics, The Donald took a detour from his campaign yesterday to promote his new hotel, just 5 blocks from where he would like to be on Pennsylvania Avenue. It

was touted as a grand opening but the hotel has been open for weeks. Word is that it is under booked and rooms have been heavily discounted, so it probably needed some additional promotion. What better way than having the attention of the media attached to the presidential campaign? This is not the first time in the campaign that Trump has attracted the media to an event to promote the hotel. Last month, the media was furious when he drew them to the same hotel on the pretext of a major announcement and then proceeded to spend most of the time showing off the place and having a bunch of generals extol him. The hotel itself is a remodeling of the old post office building, which Trump has a long term lease on. 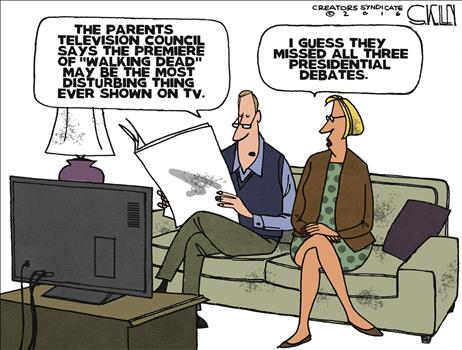 The Donald is claiming that voting fraud is occurring in Texas, of all places. His evidence is apparently one allegation from one voter who had a problem with a voting machine. That was investigated and determined to be “voter error”. Actually, Texas would be one of the least likely places to try to rig an election. It is heavily Republican and in the unlikely event that Hillary won there, it would attract the utmost attention. Not only that, being the second most populous state, it would require a lot more fraud than any other state (California being very safe for the blue team). Hillary doesn’t need Texas and hasn’t spent any money or time there, having written it off long before the campaign began. Trump would be a lot better off claiming voting fraud in some place like Florida or Ohio, where fraud, if it occurred, could make a difference. 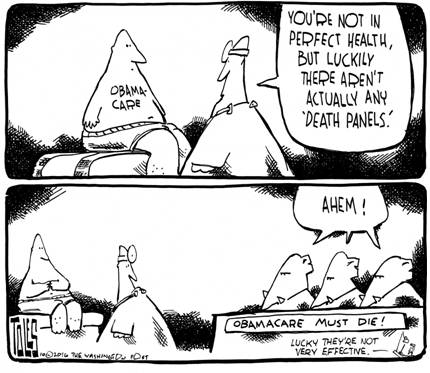 Speaking alongside his wife in an interview with George Stephanopoulos, The Donald stated that Melania will give two or three big speeches. That seemed to be news to Melania too. Now she has to study the transcripts of the first lady’s speeches all over again.

SHERIFF JOE IS GOING DOWN
Trump’s birther buddy and controversial figure, Arizona Sheriff Joe Arpaio is probably going to lose his job, one way or another. Trailing badly in his reelection campaign and facing personal legal problems, including a contempt of court citation, the old sheriff’s career is probably at an end. This is good news to the Hispanic population around Phoenix who he has been antagonizing for a quarter of a century. Arpaio has long been a popular figure on Fox News and other right-wing media. Hopefully, he can avoid jail time due to his advanced age (84).

TODAY’S STATE POLLS
These include a rara avis sighting in Florida – a poll showing Trump ahead there. Political scientists will have to have verification before accepting that one as authentic, as they were thought to be extinct in Florida. Nevada is still up for grabs due to the tremendous amount of money being spent there on both sides by super-PACs. Reports continue to dribble in that the early voting in many states, including Florida, favors Democrat candidates. 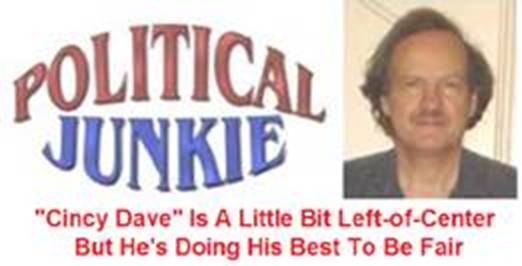