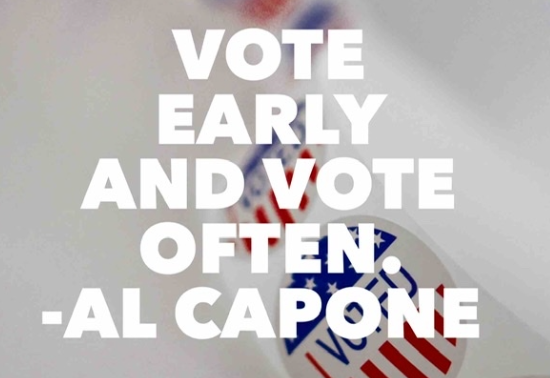 It’s Almost Tax Day, Everybody!
And over-taxed payers who really hate paying taxes no longer even vaguely remember that so-called Cincinnati TEA Party Tax Day Rally on April 15 at the Eastgate Holiday Inn, where organizers hounded you for donations once you got there. 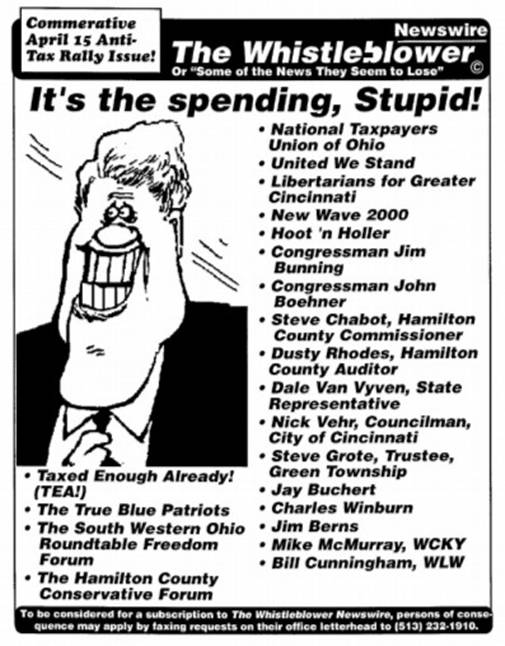 Today’s local TEA Partiers living in the past keep talking about the way they “launched the Cincinnati TEA Party all those years ago,” but long-time Persons of Consequence on both sides of the river know it’s not exactly a new idea.

That’s why The Blower is always forced to remind all of our current local TEA Party groups that nobody will ever take them seriously until they spell “TEA” with all capital letters, like Legendary Ohio TEA Party Guy Tom Zawistowski keeps telling them.

The Blower helped come up with the “Taxed Enough Already” theme for the TEA Bag Lady in Delhi when her “Taxes Enough Already, Incorporated” was actually first formed.

And back in 1993, a former neighbor who used to be mentioned in The Whistleblower when he was a real Person of Consequence, convinced us to play a small part in putting together the biggest April 15 anti-tax rally ever held on Fountain Square and a big July 30 anti-tax rally at Sawyer Park. Bill Clinton was in the White House, and “It’s the Spending, Stupid!” was just being heard for the first time. 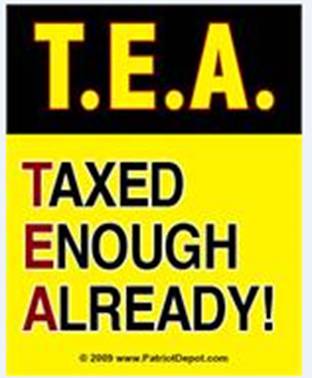 In 1993, folks from “Taxed Enough Already” were even then trying to form a coalition of individuals and 30 organizations who were fed up with being overtaxed, government spending, and waste. That’s why Porcine People from “Porked Enough Already” were also included. That was a real TEA Party Rally, as the Commemorative April 15, 1993 Whistleblower Newswire (shown above) clearly shows. No wonder the High Five’n White Guys at The Fishwrap endorsed the event and Howard Wilkinson (before he became “Huggable”) may have even written something about it.

Bluegrass Bureau Chief Ken CamBoo says, “Things were really different back then. Whenever there was an anti-tax event anywhere in the tri-state, elected officials from Kentucky were also asked to participate.” 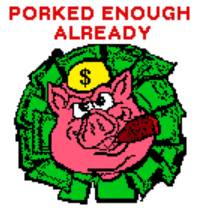 At yesterday’s meeting of the Conservative Agenda, Political Insiders were asking Beloved Whistleblower Publisher Charles Foster Kane what he remembered most about that event. “Our anti-tax coalition made one mistake,” our Beloved Whistleblower Publisher recalled. “Using Indians to re-create the Boston Tea Party was ‘Politically Incorrect.’ Those revolting over-taxed payers should’ve used criminal immigrants instead.”