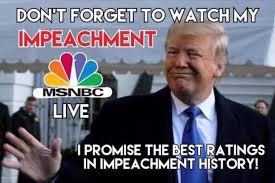 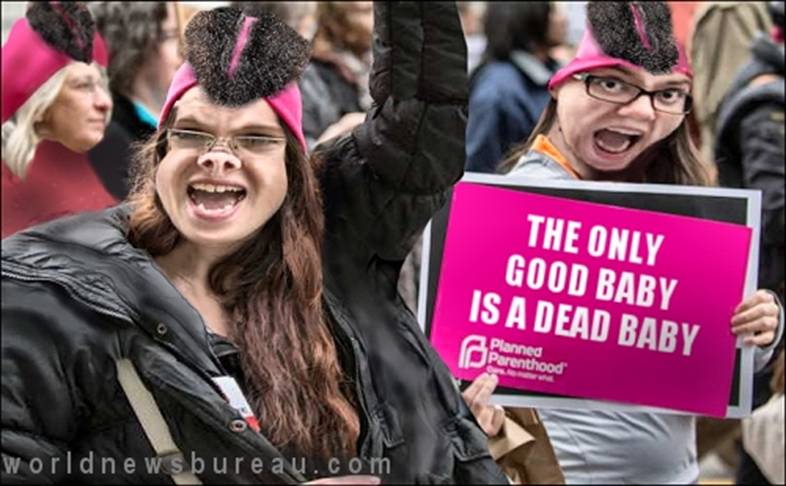 Large numbers of women and some pussified supporting men marched in Washingon DC, one day after Donald Trump was inaugurated as president. The so-called “Women’s March,” billing itself as a movement for “solidarity with our partners and children for the protection of our rights, our safety, our health, and our families,” rejected efforts of right-to-life women’s groups to participate. “When we say we want to protect the rights, safety, and health of our families, we obviously aren’t including unborn children. They need to be killed and their body parts sold for profit,” said spokesperson Amanda Powell-Chelsey-Howard-Brown.

The World News Bureau says many of the estimated one million marchers wore bizarre, handcrafted “pussy hats,” although no one seemed to know why. 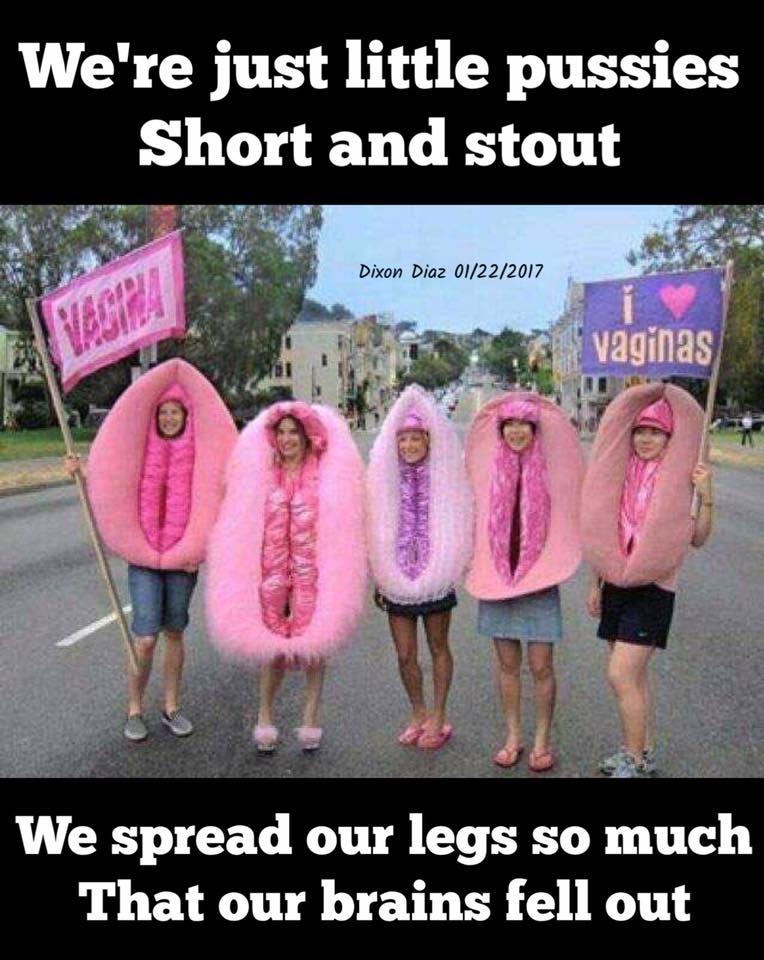 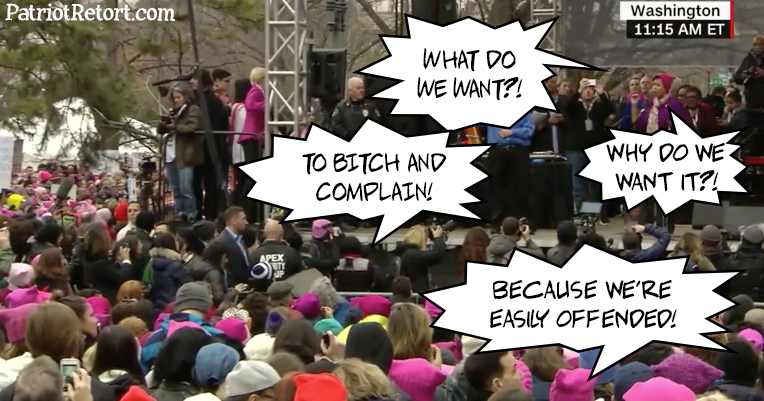 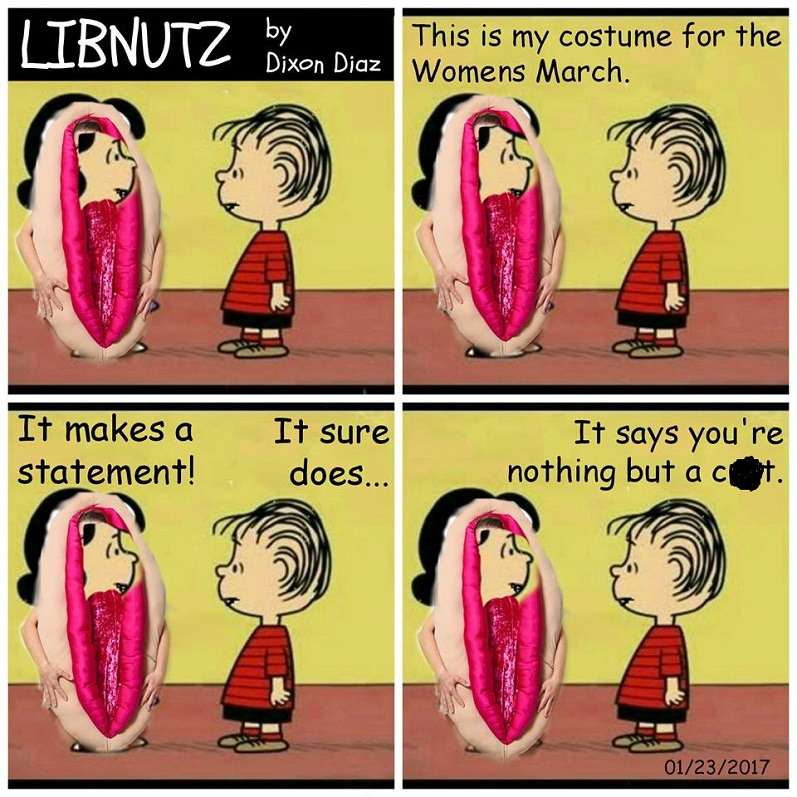 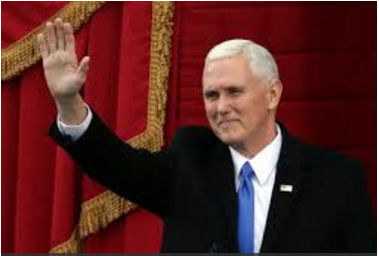 Thousands of people are expected to participate in this year’s March for Life on January 27 in Washington, D.C.

The March for Life is an annual anti-abortion rally that takes place on or around the anniversary of Roe v. Wade, the landmark 1974 Supreme Court decision that said a woman has a right to receive an abortion.

This year’s rally has earned more attention than usual because the vice president of the United States, Mike Pence will speak to pro-life activists Friday morning before the march.

You can watch the live feed starting at noon at marchforlife.org 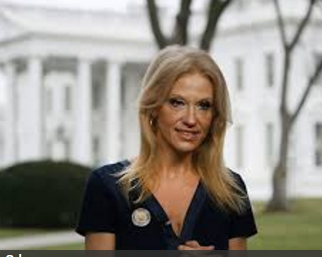 President Donald Trump’s counselor, Kellyanne Conway, is also headlining the list of speakers. “We’re going to have heavy administration presence there,” confirmed White House press secretary Sean Spicer on Tuesday. “It’s no secret that this administration and this president will do what they can to fight for life.”

A coalition of 25 pro-life organizations and two members of Congress have challenged the major networks to cover the March for Life (#CoverTheMarch). Media Research Center conducted a study of media coverage of the Women’s March. Results show the major networks – ABC, CBS, and NBC – spent about 1.25 hours on that event last weekend, while they spent only 35 seconds on the 2016 March for Life.

Continuing his push to put as many pro-life points on the board until the feminists’ heads spin so fast their “p-ssy hats” fly off, President (say it with me, lefties) Trump has now schooled the mainstream media for covering that temper tantrum of a “Women’s March” while ignoring the upcoming March for Life.  Speaking before the Congressional Republican Retreat in Philadelphia, Trump gave a generous nod to the March for Life and slammed the press for not giving them “the credit that they deserve.” “By the way on Friday, a lot of people are going to be showing up to Washington, right Mike [Pence]? A lot of people,” said Trump. “You know, the press never gives them the credit that they deserve. They’ll have three hundred, four hundred, five hundred, six hundred thousand people. You won’t even read about it.” 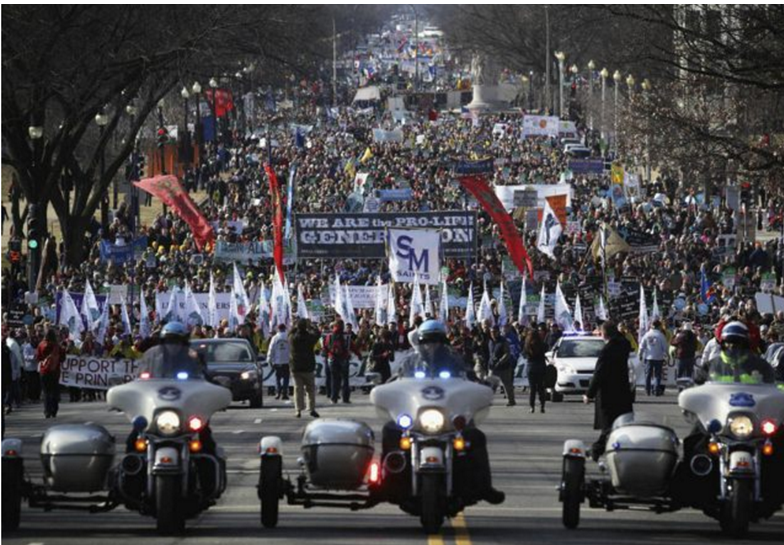 “When other people show up, you read big time about it. Right? So, it’s not fair. But there is nothing fair about the media. Nothing,” he added.  Trump also praised his reinstatement of the Mexico City Policy, something he actually expanded when signing into law on Monday.  “We’ve reinstated the Mexico City Policy, a longstanding policy,” he said. “Isn’t that nice? … A longstanding policy to ensure taxpayer dollars do not fund abortion services overseas.”

Trump further expanded on these sentiments in an interview with ABC’s David Muir on Wednesday.

“You’re gonna have a large crowd on Friday, too, which is mostly pro-life people,” he said. “You’re gonna have a lot of people coming on Friday, and I will say this, and I didn’t realize this, but I was told, you will have a very large crowd of people. I don’t know – as large or larger – some people say it’s gonna be larger. Pro-life people. And they say the press doesn’t cover them.”

Muir was caught completely off guard and was left stuttering by the turn of events. “I don’t want to compare crowd sizes again. I – I—I,” he said, trying to scramble away from the issue of liberal media bias against conservatives.

But Trump wouldn’t let it go and pressed Muir further, “No, you should—But let me just tell you. What you do say is that the press doesn’t cover them.” That was followed by a hard cut to another camera angle, which was strange since the original shot was keeping pace with the pair as they walked down the colonnade towards the West Wing.

Trump eventually answered Muir’s question saying that he did have a responsibility to be everyone’s president:

I do, but I have to also say, we just had an election. A few weeks ago. And they voted in many cases, and some cases they didn’t vote I imagine. And we did have an election. With that being said, absolutely have responsibility to everybody, including people that didn’t vote for Donald Trump. Totally.

Trump made a very important point, though, about the coverage of the March for Life. The Media Research Center’s Curtis Houck noted in November 2016 that CBS and NBC dedicated three times more coverage of one Neo-Nazi rally (in 2016) than they did the last four years of the March for Life. So far for this year’s march, the networks have spent 129 times more time talking about the Women’s March, as was discovered by the MRC’s Katie Yoder.

We’ll see how much coverage the March For Life gets tomorrow.