Tonight’s Coverage Is At The Same Point Of The Trumpster’s First  Year In Office. We’re Reviewing Our “OCTOBER 13 EDITION. ”

Deterring Dirty Digital Discussions
This week, everybody who remembers how much fun it was when the Forest Hills School Board hastily met in the executive section to discuss “personnel matters” and figure out what to do after  Director of Business Operations to replace Ray Johnson (resigned) and Treasurer Rick Toepfer and Amorous Administrative Assistant ‘Insatiable Beth’ Brulport were placed on paid leave after the turned-on trio were accused of “sending explicit sexual messages to each other” during school hours and using school accounts and devices, e-mailed an entry to the Whistleblower Limerick Contest. 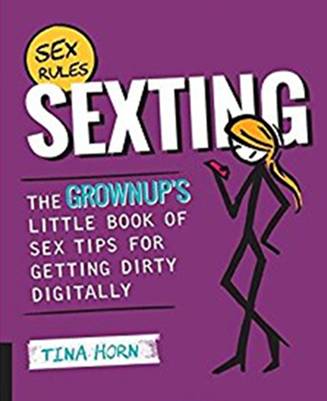 Anonymous wins an invitation to read his lusty limerick at halftime during this year’s Anderson-Turpin Game (if no penis is painted on the football field like it was in 2014), a book on how to write “Passionate Prose” guaranteed to “paint an amazing picture” to force women “to arch their back even more” and “keep rocking,” and a list of cell phone numbers for all those other female Forest Hills school employees who might also be turned on by “Sexting.” His winning entry is:

Sending Sext Messages while you’re on the job
Can result in an unsightly under-desk blob
And to thwart the surprise guest
We recommend it is best
To go down to the men’s room to fondle your cob.

Thomas D Torquemada says:
Sending sext messages while you’re on the job
To your secretary aka heartthrob?
If your pants are on fire
Did you think you were hired
To exhibit your Redskins thingamabob?

And from the Amorous Anderson Laureate (Who says “Why should over-sexed teenagers have all the fun?”):
Sending Sext Messages while you’re on the job
Is a poor substitution for holding her knob.
But if that’s all you can get
You can most surely bet
You’ll get plenty of excitement from the media mob.

Sending Sext Messages while you’re on the job

Goes beyond making coffee for your heartthrob.

But put us both with Beth and you’ve got a trey.

She’s not quite as bad as “Debbie Does Dallas,”

But she’s not satisfied with just one phallus.

The Executive Board is now in session

To consider this serious transgression.

Would all those addicted to sexting please rise,

And immediately begin to fantasize?

The first line of next week’s limerick is:
“Is Real Journalism already dead?”