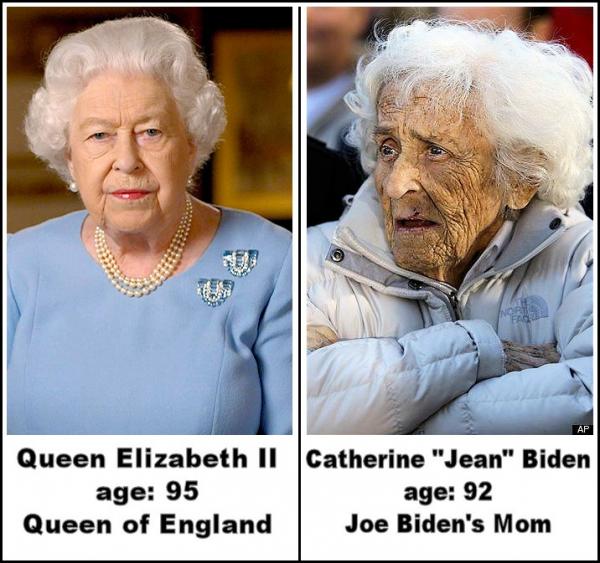 With all that hype about today’s Royal Funeral, Political Insiders at this afternoon’s meeting of the Conservative Agenda were asking Beloved Whistleblower Publisher Charles Foster Kane if he had really been offered an honorary knighthood from Queen Elizabeth II when she and the Royal Family were in Kentucky thirty-one years ago like it said in Edition #51 of the Whistleblower.

“Of course,” Kane explained. “You know everything you read in The Blower is true.” Award Winning Photo Illustrator Artis Conception shows us then-Prince Charles dubbing Kane thrice at the ceremony in Lexington. 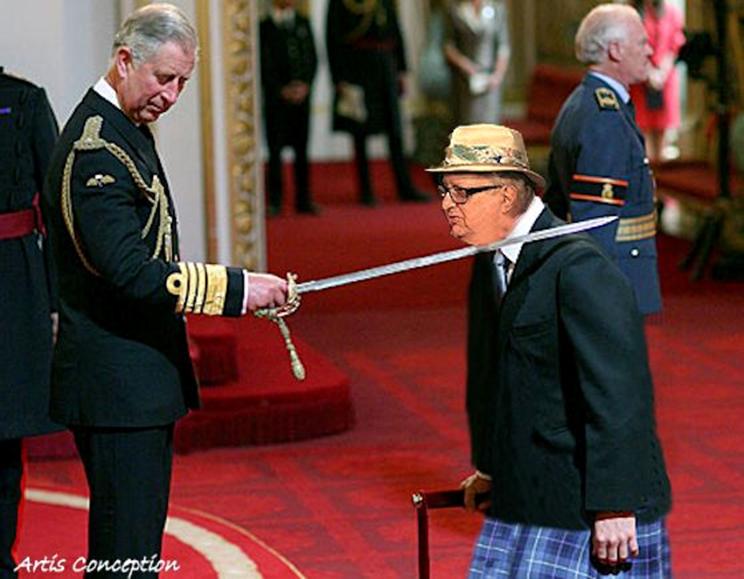 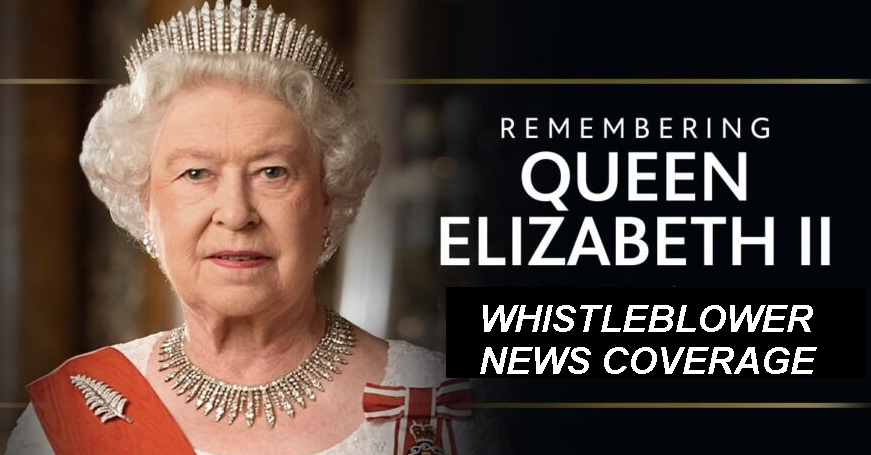 This year Britain’s Queen Elizabeth will be boycotting this year’s Kentucky Derby for the thirty-first year in a row, and the Bluegrass Bureau Chief Ken CamBoo remembers the time Charles Foster Kane and Whistleblower Gossip Columnist Linda Libel enjoyed meeting with Her Majesty.

Linda and our Beloved Whistleblower Publisher Charles Foster Kane would’ve liked to have gotten together with Lizzie once again since the pair have been exchanging Christmas cards with Her Majesty ever since that time the three were together at Will Farish’s Lane’s End Farm in 1991. 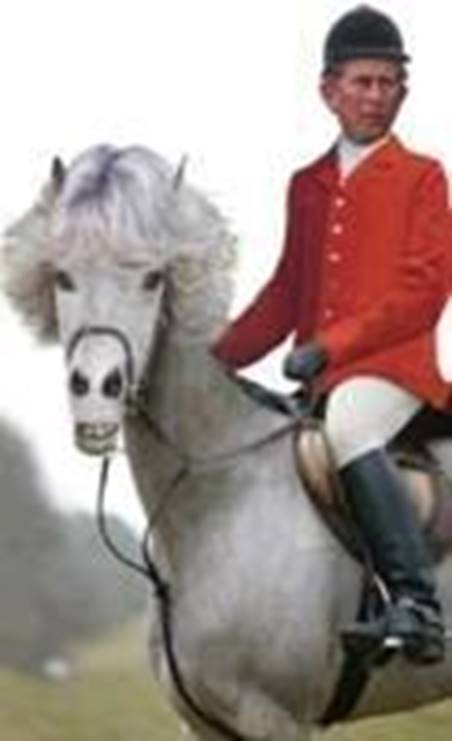 Linda also reminded our Beloved Whistleblower Publisher that she was the one responsible for insisting that people who applied for Whistleblower subscriptions be “Persons of Consequence,” but she had nothing to do with The Blower’s current policy, where persons who’ve been found to have misrepresented themselves as consequential movers and shakers, are declared “Persons of Inconsequence,” and then are removed from The Blower’s e-mail list without notice.

Alternative Life-style Editors Ben Dover and Phil McKrevis like Derby Day at Churchill Downs when they sing “My Old Kentucky Home,” especially the part about the “Gay Darkies.” 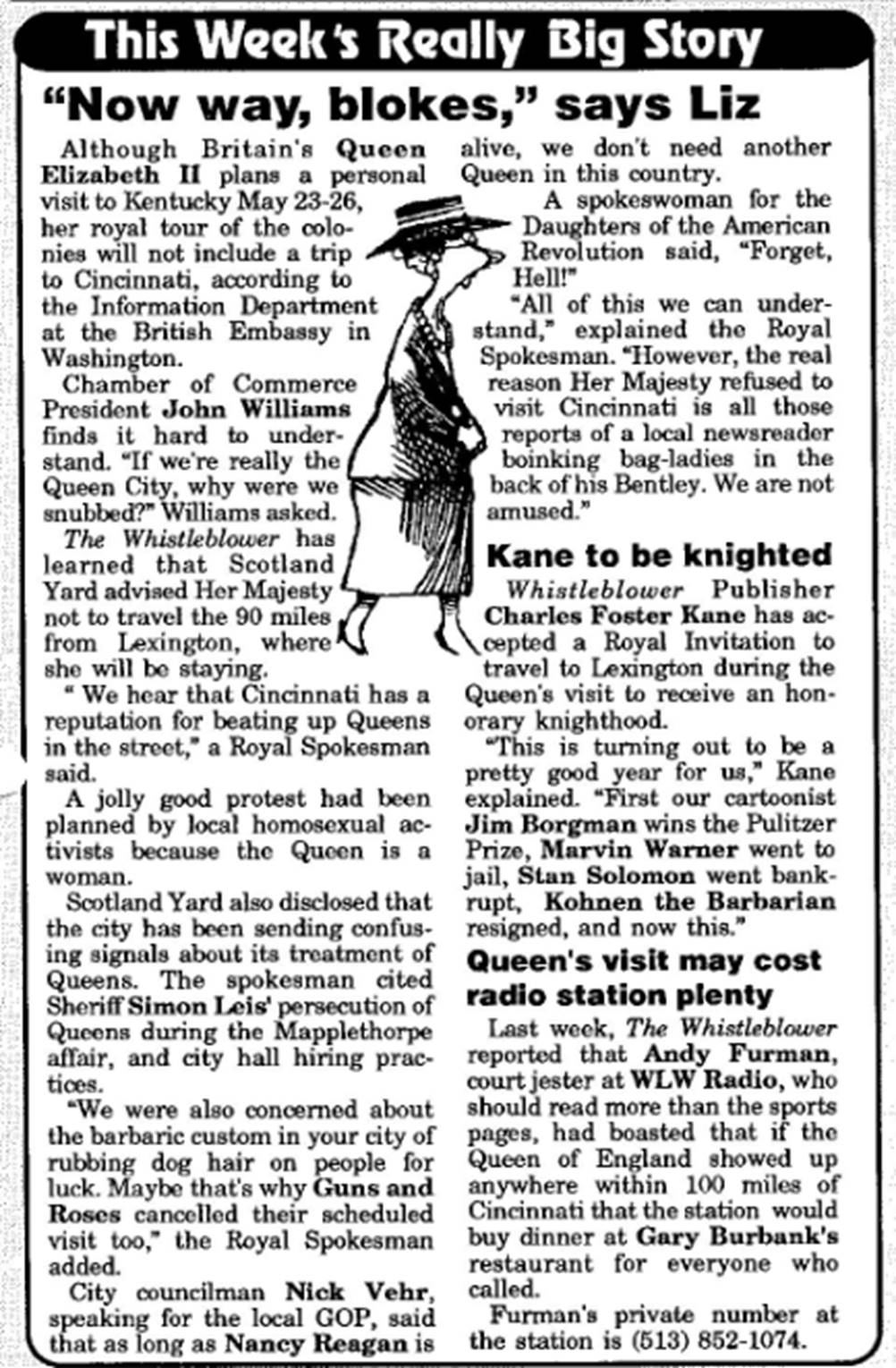