This Morning, On Day #976 Of The Trumpster’s First Term While Everybody Hereabouts Is Wondering When Barr’s DOJ Will Have Ever Time To Investigate Those Beloved Bidens… 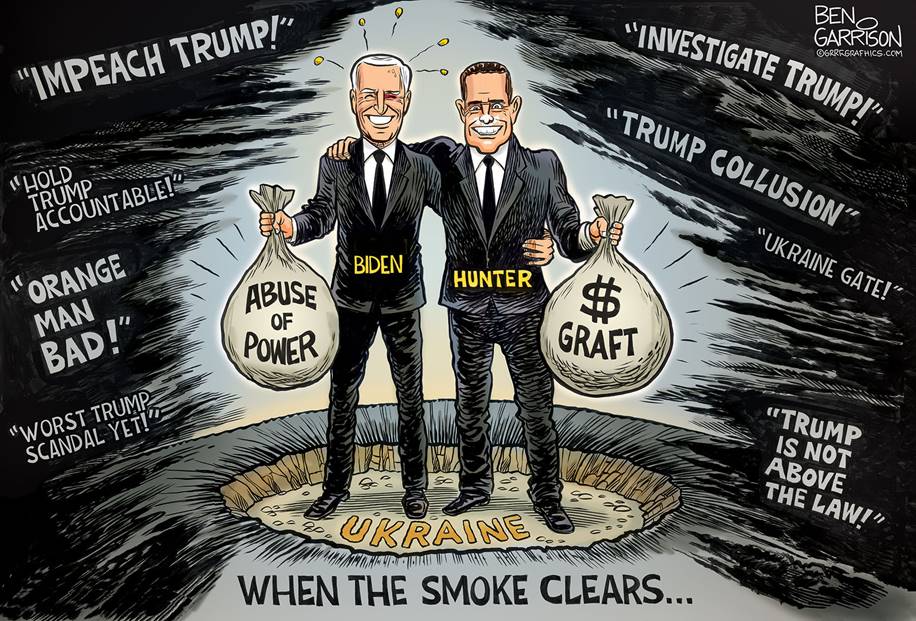 Joe Biden’s son, Hunter, was appointed to the board of Burisma, Ukraine’s leading energy producer.

Hunter was a given a large salary even though he knew nothing about the business. Biden was kicked out of the Navy Reserve in 2014 for repeated cocaine abuse. Shortly thereafter that he got the Burisma position. A crack pipe was found in Hunter’s rental car in 2017. When Burisma faced investigation for corruption, Joe bragged that he got the prosecutor fired. He threatened the country by saying he was going to see to it that Ukraine would not receive a billion dollars in loan guarantees from the U.S.

Since Joe is part of the Deep State, he knew he was protected. Like Hillary and Obama, he probably felt he could do as he pleased without worrying about the consequences.