According to The Last Refuge, Speaker Pelosi bamboozled her base today by announcing enhanced continuation of status quo…. 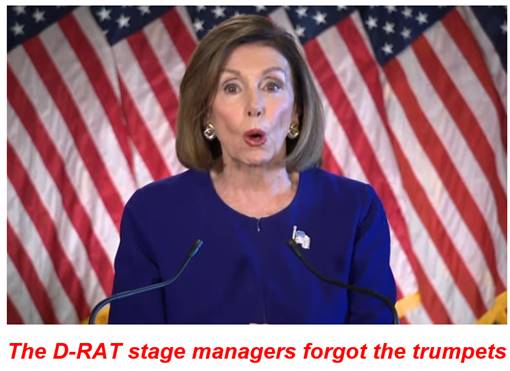 Nancy Pelosi made an announcement with forethought, optical planning, teleprompter script, and a presentation intended to look serious.  But what she announced was simply a continuation of the status quo wrapped up in newly packaged lingo.

Pelosi stated she was herewith announcing an “official impeachment inquiry.” Yeah, right! Everything remains “as is,” albeit with enhanced optics and new titles for the narrative engineers. 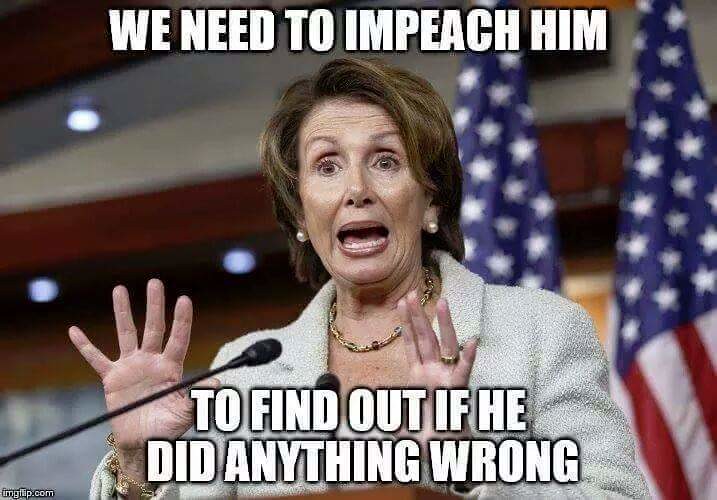 The Republican “Do Nothing” Congress that Truman ran against …..actually did a lot of things: created the CIA, NSA, NSC, the Dept. Of Defense, NATO, eliminated rationing, cut taxes, passed Taft-Hartley over a Presidential Beto and on & on.  And Harry called that “Do-Nothing”

This Congress has DONE NOTHING..!!!!!!  The 40 new women, other than dress in their sorority outfits for the State of the Union, hug and jump up and down when Trump acknowledged them, have done nothing but screech IMPEACHMENT all day and night.

This Do Nothing D-RAT Congress is worthless!!!! 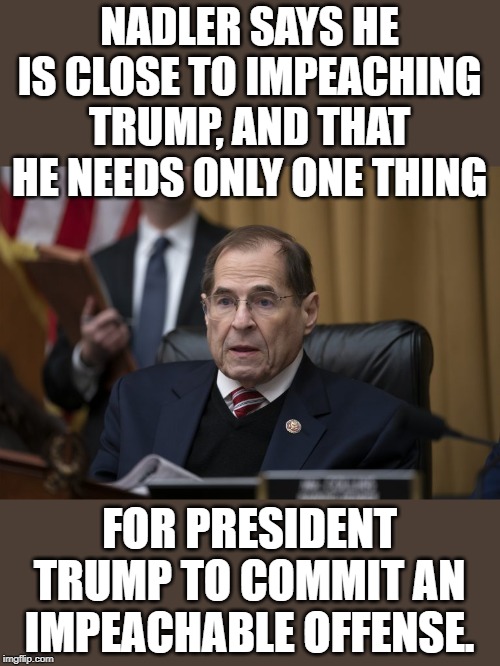 Finally, Steve Guest, Rapid Response Director, at the Republican National Committee adds: the D-RAT-led impeachment inquiry is not based on facts, it solely stems from their political vendetta against President Trump.

D-RATs already tried once with a failed Russia hoax and as we all know: No Collusion. No Obstruction.

So now they cooked up a ridiculous Ukraine hoax even before they have read the transcript of the call.

But President Trump has called the D-RATs’ bluff: Tomorrow he will release the full, unredacted transcript of his call with the Ukrainian president.

Despite the unprecedented transparency, Nancy Pelosi decided take her party headlong into impeachment.

And if this smear campaign didn’t already stink to high heaven, one of the attorneys for the whistleblower worked for both Hillary Clinton and Chuck Schumer.

Evidently the ENTIRE D-RAT Party has caved to the radical left in complete disregard to the American people’s desires. 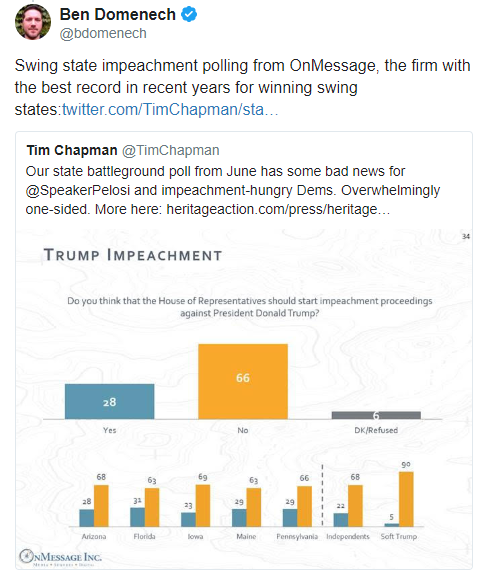 According to recent polling, nearly two thirds of Americans oppose beginning impeachment proceedings while another found support for impeachment in the 30s.

Bottom Line: D-RATs have crossed the impeachment Rubicon and made it their number one priority. They have completely lost it. D-RATs are not working on behalf of the interests of their constituents anymore.