TODAY IS
THURSDAY, FEBRUARY 04, 2021
TRUMP’S FIFTEENTH DAY OUT-OF-OFFICE
AND TODAY OUR BIDEN* BONEHEADS IN CONGRESS VOTED TO STOP SAYING THE PLEDGE OF ALLEGIANCE BEFORE COMMITTEE MEETINGS. NO KIDDING!

The Whistleblower’s 61st Annual Seediest Kids of All Campaign (Not Associated With The Failed United Way) Is Now Underway.

Why don’t we have a more traditional holiday guilt campaign like the rest of the news media? No charity made our publisher its president in exchange for free publicity and our endorsement, we don’t have a fat weatherman turned radio talk-show host who was never actually convicted of beating up his girlfriend, and all the really good dead celebrities other than Harriet Beecher Stowe, “Clean Gene” Ruehlmann, and “BeanBall Jim” Bunning have already been taken. 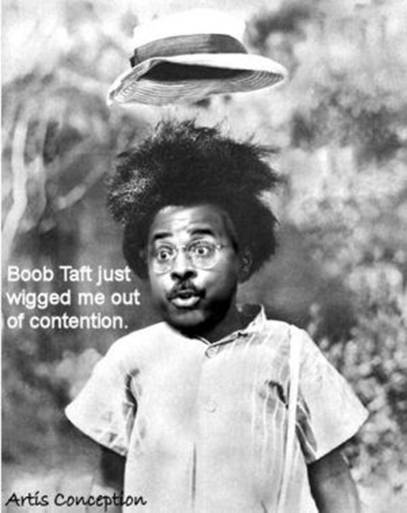 Today Young “Buckwheat Blackwell” Is Our The Seediest Kid Of All

Buckwheat Blackwell was a very tall 15-year-old inner-city yoof who felt like a nerd because he couldn’t dribble a basketball, and thought he’d become sixth grade class president instead.

So the Seediest Kids of All (not associated with the Failed United Way) sent over buttons and bumper stickers, arranged for polling and focus groups, and persuaded Family Friendly Fascist Chris Finney to produce attack ads and teach him how to call his opponent an “asshole.” County RINO Party Chairman Alex Triantafilou (pronounced “Alex”) arranged a triple-top-secret fund-raiser at Disgraced D-RAT $tan Che$ley’s Indian Hill Estate; Me, Greg Hartmann forced his county clerks to volunteer to put up yard signs all over Buckwheat’s neighborhood; and from Columbus, Carlo LoParo helped Buckwheat tell bald-faced lies to the news media about asking for illegal corporate donations in his fund-raising letters and his unauthorized use of the official U.S. Seal on his campaign literature.

Amazingly, young Buckwheat didn’t get a single vote, mainly because the teachers union had registered all of his little sixth grade classmates as D-RATS. Lessons learned may prove valuable, should Buckwheat ever seriously try to run for governor or chairman of the Republican National Committee.

Despite his humiliating loss, Buckwheat is still grateful to the Seediest Kids of All; but it’s really you he has to thank, because it’s your liberal guilt giving throughout the year which makes it all possible.