“When a true genius appears, you can know him by this sign: that all the dunces are in a confederacy against him.” – Jonathan Swift 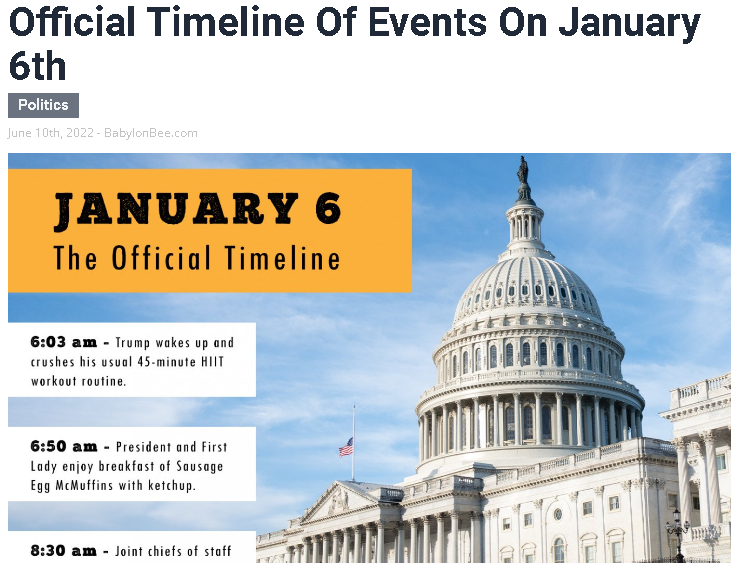 Let’s make no mistake, this January 6 investigation, has one purpose and one purpose only, to prevent Donald Trump from ever running for President again. We can see how right Trump was by looking at the people who lined up in a confederacy against him. Look at the lengths that these people have gone through to prevent Donald Trump from being reelected President; they held two false impeachment hearings; ran a 2½ year fake Russian collusion investigation, encouraged 5 months of BLM riots, exploited the Covid pandemic to unconstitutionally changed election laws in the eleventh hour, reconfigured algorithms on big tech platforms to throw him and his supporters off of social media, and now are putting on this show trial run by a kangaroo court. 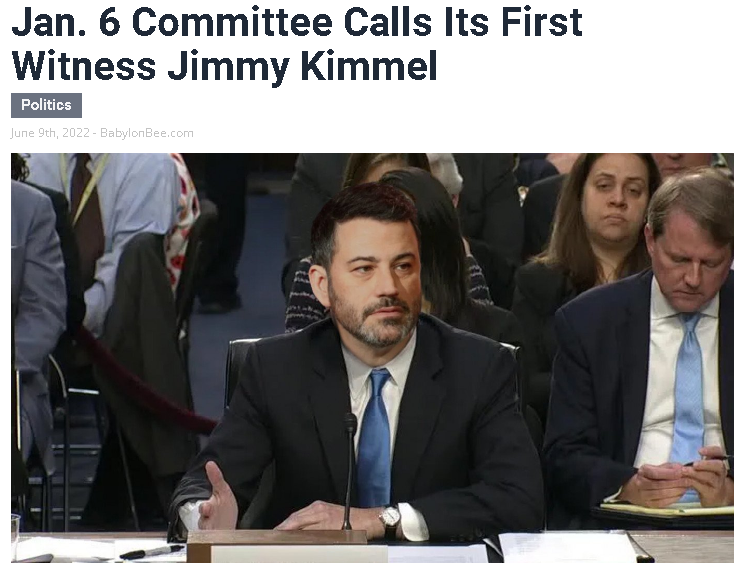 The question that must be asked is why are all these people so committed to taking out Donald Trump? It can’t be that they are trying to protect the United States, because most of the policies these people support – open borders, destroying our energy independence, reckless monetary policy, defunding the police, shipping our manufacturing jobs to China, endless pointless foreign wars are all destroying the country they claim this hearing is protecting. There is no benefit to America to adding 2 million more illegal immigrants, a 1000% increase of fentanyl into our communities, $5 per gallon of gas, 8.5% inflation, 40% increase in crime, and the loss of 5 million manufacturing jobs. None of these dunces on this committee care about protecting America from their policies that are hurting Americans and destroying our country. They only care about protecting their power and enriching themselves. 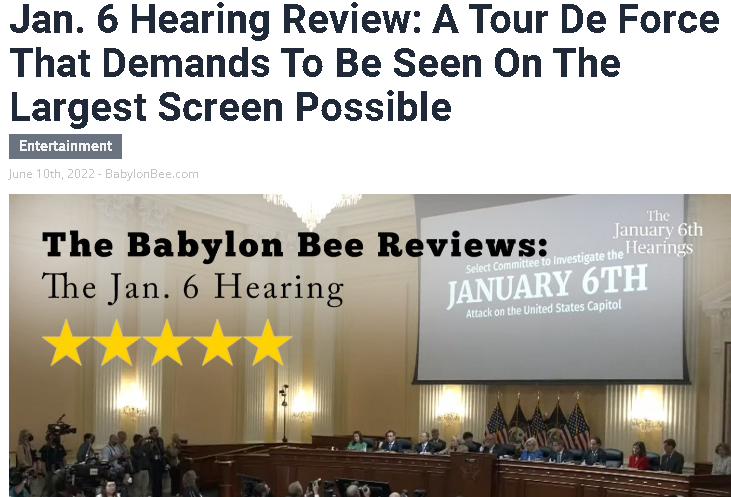 This investigation has been illegitimate from the start because the committee resolution required bipartisan make-up consisting of 5 Republicans, but Pelosi only seated 2 Never Trumpers, Cheney and Kinzinger. Is this the way we achieve justice in America these days, by only showing one side of the story, and not allowing the accused a chance to defend himself, cross-examine witnesses, or confront his accuser? Of course not. Why haven’t all of the thousands of hours of video of the Capital on January 6th been released? Why can’t we see all the videos some of which could potentially exonerate Trump? Why do we only get to see select highly edited clips presented by this highly partisan committee? Is that the best way to get at the truth? 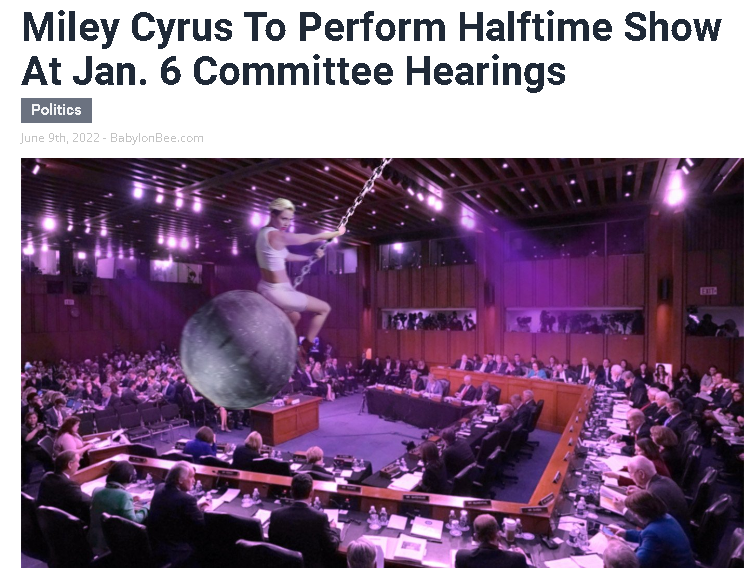 Has there ever been such an overwhelming alliance against one man as we have seen against Donald Trump, from the DNC to the legacy media to the tech billionaires to Wall Street? They all aligned in a confederacy against him. And what was his message, his platform that was so dangerous that they had to break every rule to stop him? “Make America Great”, “Put America First”, “Energy Independence”, “Better Trade Deals”, “Bring Manufacturing Back to America”, “Rebuild the American Middle Class”, and “End Illegal Immigration”.
Everything that Donald Trump stood for and tried to accomplish as President was for the betterment of the United States of America and its citizens. The problem was that his policies were really bad for the globalists, the big tech oligarchs, those in bed with China, and the politicians who have been getting rich off of the backs of the average American taxpayer. And those are the people who have risen against Trump.

Joe Biden, like the good little soldier of the far left he is, as President, has reversed almost every single one of Donald Trump’s policies, and our country is in total shambles because of it. The big tech oligarchs, the globalists, and those who sold out to China are richer than they’ve ever been, but the hundreds of millions of American citizens are getting poorer and poorer every day as their communities become more violent and their basic civil rights are slowly being stripped from them. That is why they had to stop Trump. Trump was making America great for the average citizen, and the billionaires and the oligarchs, and the corrupt could not allow that to happen because that would cut into their profits.

Far too often, these dunces that are running this committee, and now running our country, put their party, their agenda, their political power, and, above all, their selfish interest ahead of the country. The real problem is that they are not dunces after all. They know exactly what they are doing. All of this is part of their plan. They are purposely destroying the greatest country the world has ever seen for their selfish political power and personal enrichment. And the fact that they are willing to destroy so much universal good for the sake of so little individual self-interest makes them not only dunces but evil.

It is not that Donald Trump is a genius, but in an age ruled by mendacity, the person willing to tell the truth appears as a genius. And Trump’s willingness to expose the cabal of deep state operatives was a truth hiding in plain sight, and a confederacy of dunces rose against him because they were so scared that with another four years as President, Donald Trump would fully expose the systemic corruption, which is Washington, D.C.