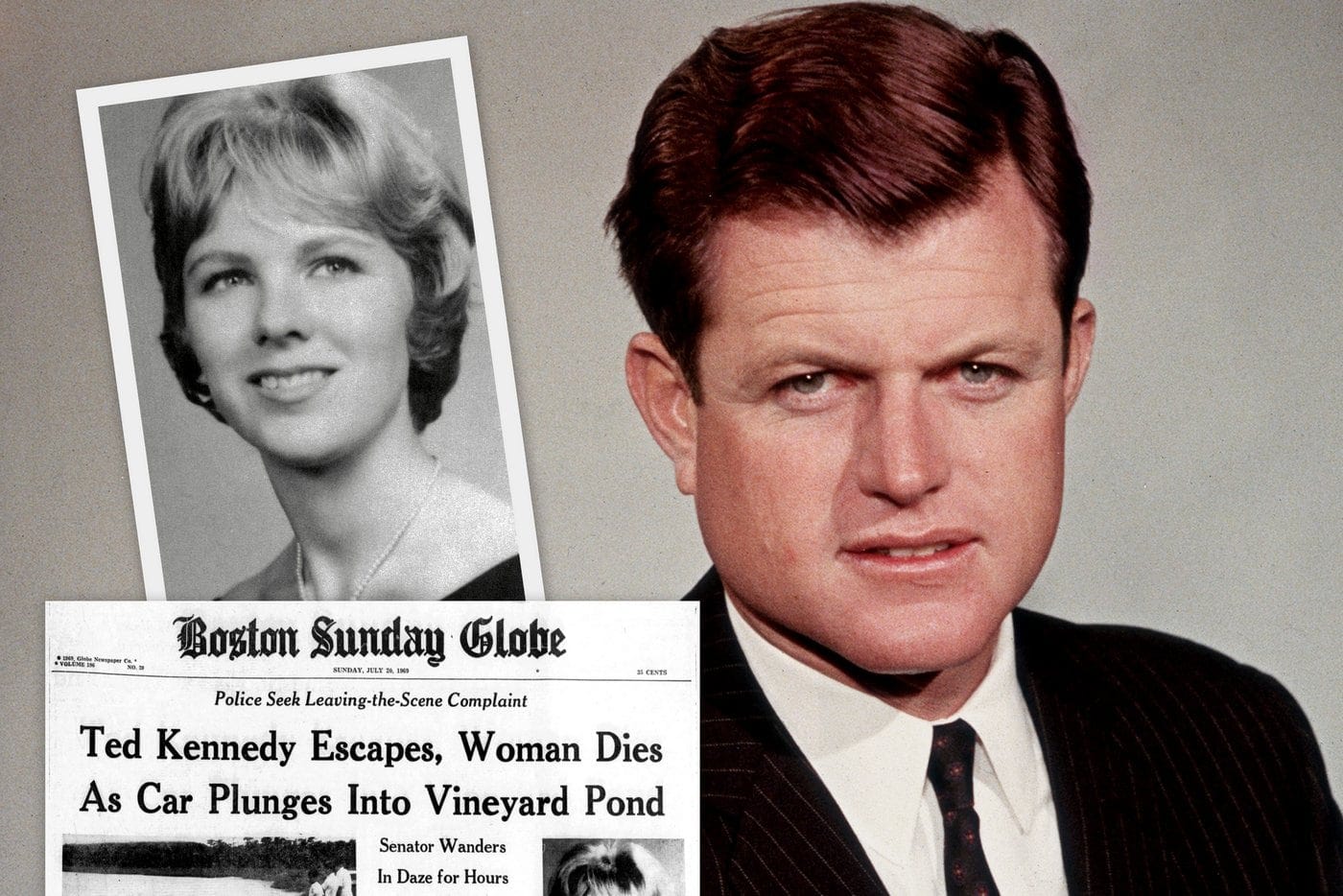 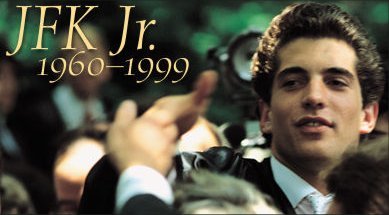 Yesterday (July 17), Hurley the Historian was getting really weepy about the anniversary of that date in 1999 JFK Jr. was killed in a plane crash, and everybody was surprised our Kneepad Liberals in the Press couldn’t find a way to work that Dead Kennedy into their latest Russian Collusion Confusion Fake News Narrative.

We even published a few “JFK, Jr. Jokes” they always told on Martha’s Vineyard during Obama’s over-taxed payer supported vacations,  like: Q. What does JFK Jr. miss most about Martha’s Vineyard? A. The runway, Q. What was JFK Jr. drinking at the time of the crash? A. Ocean Spray, Q. How did JFK Jr. learn how to fly? A. He took a crash course, and Q. What will it take to bring the Kennedy family back together? A. One more mishap!

Even today at this afternoon’s meeting of the Conservative Agenda, more than a few mean-spirited Political Insiders were still asking Beloved Whistleblower Publisher Charles Foster Kane why Teddy Kennedy was never prosecuted, because Mary Jo Kopechne would now be about 72 years old if she’d lived, and through his tireless work as a legislator, Edward Kennedy would have brought comfort to her in her old age.

Also, on tomorrow’s date (July 19) in 1990, Cincinnati Red Pete Rose was sentenced to five months for tax evasion, so if the ghost of Judge Nadel over at the Hamilton County Courthouse appears a little cranky today, you’ll know why. 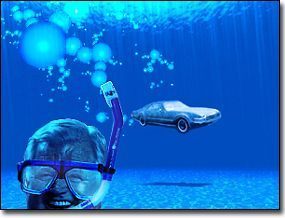 And on August 25, it will be the thirteenth anniversary of Ted Kennedy’s demise. Can you even imagine such an accomplishment? Our Chappaquiddick Lifeguard has now been sober for nearly thirteen years!

Newsweek’s Ed Klein (told interviewer) Katty Kay about Kennedy’s love of humor: How the late senator loved to hear and tell Chappaquiddick jokes, and was always eager to know if anyone had heard any new ones. Not that Kennedy lacked remorse, Klein quickly added, seeming to intuit that my jaw and perhaps those of other listeners had just hit the floorboards. I gather it was a self-deprecating maneuver on Kennedy’s part, exercised with the famous Kennedy charm, though it sounds like one of those “I guess you had to have been there” things.

You want to talk about legacies? Mary Jo Kopechne died while she tried to free herself from Teddy Kennedy’s submerged automobile in a tidal channel on Chappaquiddick Island. That’s a legacy for you!

And according to R. P. George and D. Quinn at National Review On-line (Chappaquiddick Revisited: Liberals still lionize Ted Kennedy. Forty years ago, he revealed his true character): The anniversary of Mary Jo’s death passed with scarcely a word’s being mentioned of it in the Leftist Media. Perhaps it was not just a matter of liberal bias. With Senator Kennedy then seriously ill, didn’t need that excuse not to bring up the subject. 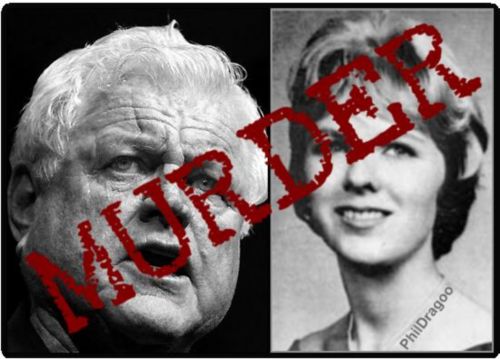 In Yorktown, our Virginia Vigilante said he believed the ultimate final tribute to Teddy’s legacy should’ve been to have his body cremated, putting the ashes in an empty bottle of Chivas Regal, and tossing it in the Chappaquiddick River. It’s too bad that old bastard croaked before having a death panel consultation. (Oh yeah, Congress exempted themselves from those too.) There goes another Clunker in Congress to the “Liberal Junkyard.” 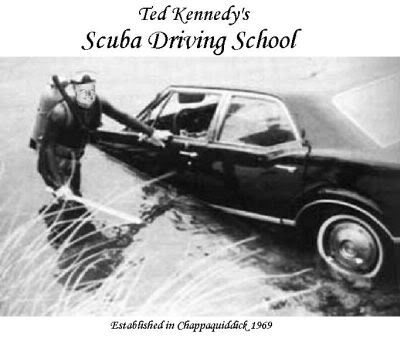 And if you think that’s just a tad harsh, you should’ve seen the editor’s note on the August 26 edition of the Patriot Post: If it were a matter of mere political disagreement, we would join the calls to strike a conciliatory tone and mourn the death of Sen. Edward Kennedy. But we do a disservice to him and the country to call him anything but what he was. Ted Kennedy was not a good man and we mourn the damage (or worse) he did both to individuals and to America. 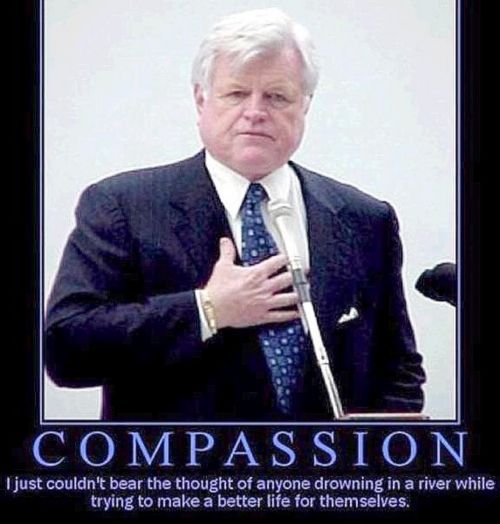 [These days The Blower is wondering how long it will take until we can finally figure out Obama’s total damage to the nation.]

Today’s edition is brought to you by a generous donation during our August fund-raising drive from the Kennedy for Sainthood Committee. 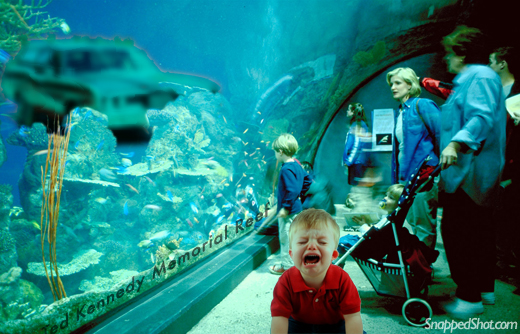 Ted Kennedy making excuses for driving drunk and causing Mary Jo Kopechne to drown in his overturned car. The water was only about six feet deep with no current based on police reports at the time. Police diver John Farrar’s testimony suggested that she survived for as long as two hours in the submerged automobile by breathing a pocket of trapped air. Kennedy spent the nine hours after the accident attempting to cover-up his involvement, while Mary Jo Kopechne was left to die in his submerged automobile.

Isn’t it amazing how many of these facts were never known or have been completely forgotten by all those Dumbed-Down, Self-Absorbed, Media-Influenced, Celebrity-Obsessed, Politically-Correct, Uninformed, Short-Attention-Span, Free-Stuff Grabbing, Low-Information Obama Supporters Who Put The Second Worst President in History In The White House—Twice, then gave Obama a Third Term By A Real Lack Of Election Integrity For Joke Biden*, and get all of their information from our Obama Supporters in the Press, like the ones on Channels 5, 9, 12, 19, Spectrum, and don’t forget out Feckless Fishwrappers