TODAY IS
WEDNESDAY, APRIL 13, 2022
TRUMP’S FOUR-HUNDRED-AND-FORTY-EIGHTH DAY OUT-OF-OFFICE
(AND ANOTHER OF OUR DISHONEST D-RATS FAVORITE VOTER FRAUD SCAMS IS… ALTERING THE VOTE COUNT)
Changing the actual vote count either in a precinct or at the central location where votes are counted. 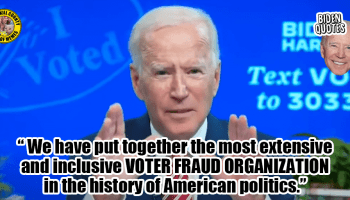 THIRTY-ONE YEARS AGO ON SATURDAY…

Edition #46 (published on April 16, 1991) of the original printed edition of The Whistleblower (not the Newswire) was delivered to Persons of Consequence all over town. The Really Big Story was about how Whistleblower Contributor Jim Borgman had won the Pulitzer Prize. The Top Ten List was the top ten Jim Borgman cartoon captions that won him the Pulitzer Prize, and there was a story about the hefty raises in the Hamilton County Auditor’s Office. 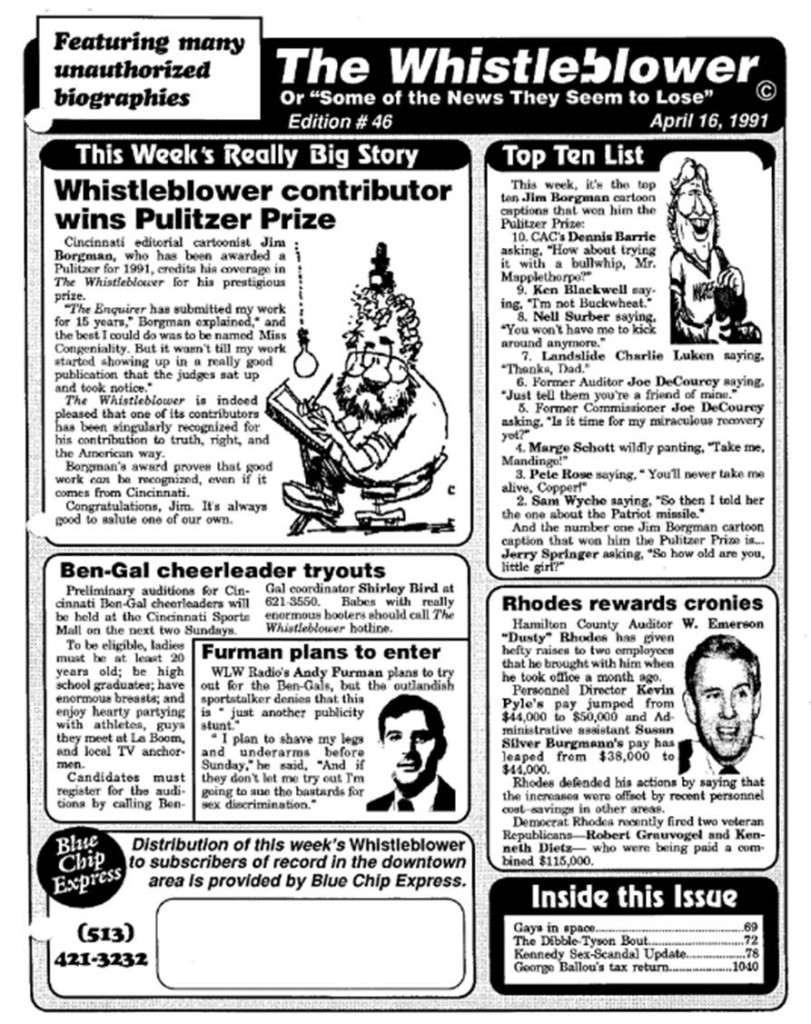 Page Two with a Real Editorial by Publisher Charles Foster Kane about questionable rhetoric, Real Facts told about how the Testicle Donor Program had been cut off, an item about returning weekend warriors who had been ignored by the news media, and a healthy dose of Whistleblower Wisdom. 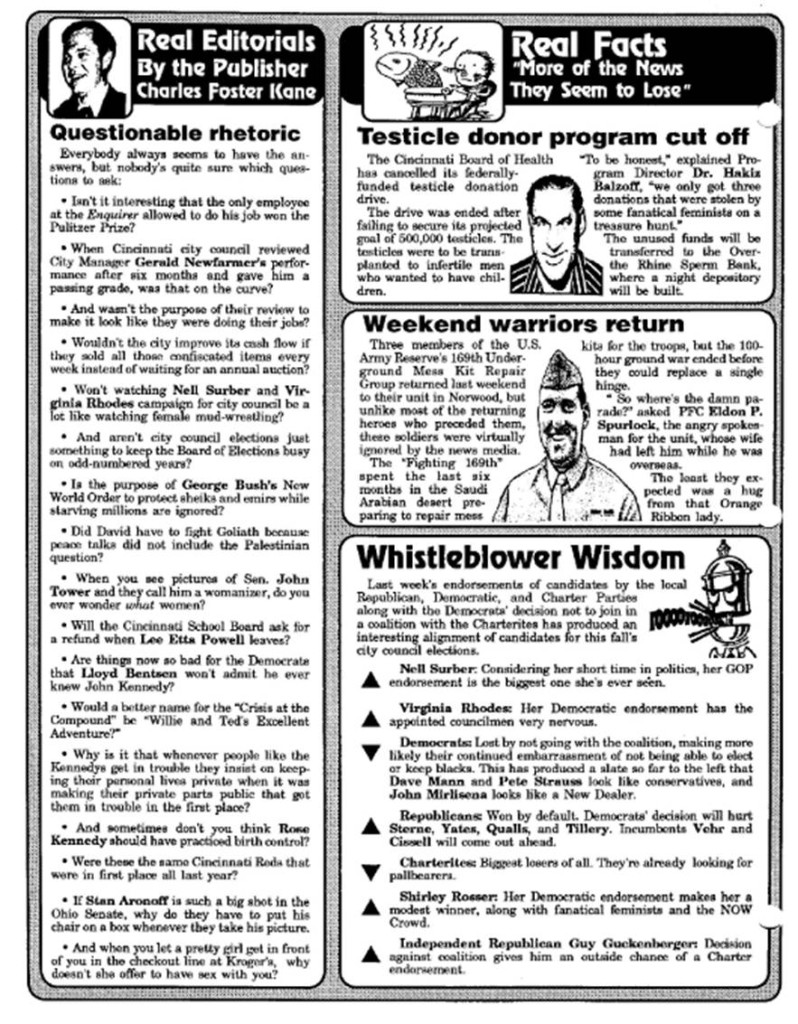 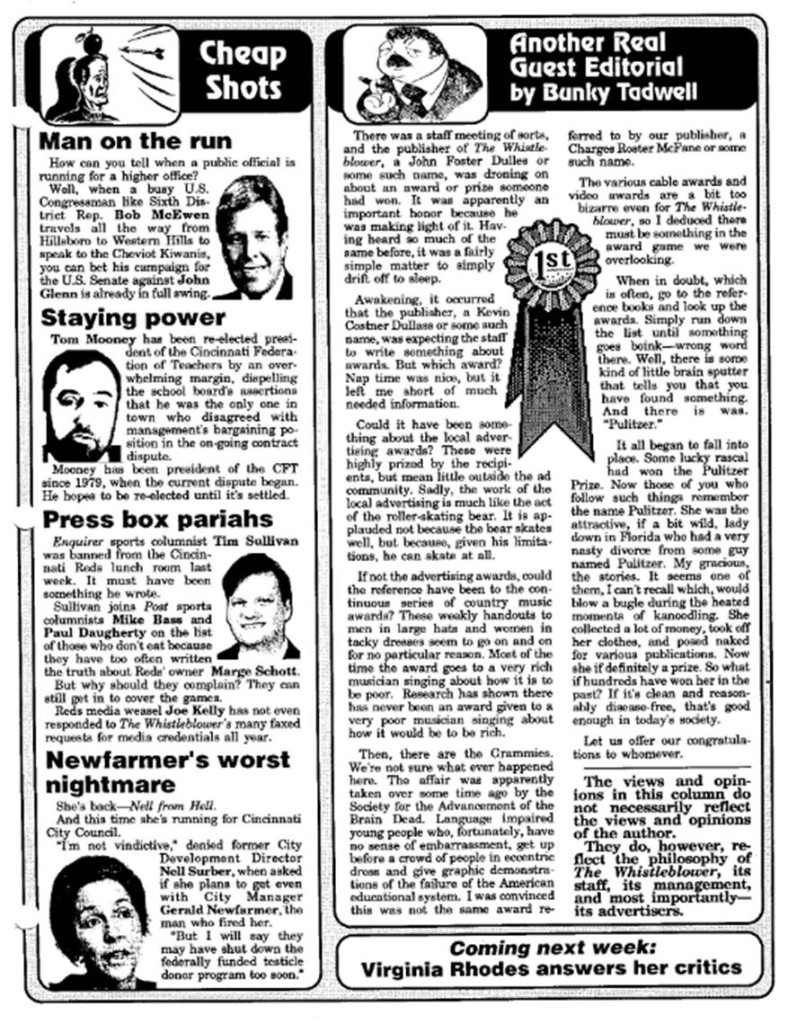 Page Four was for our regular weekly Real Letters From Real Readers column, Another Exclusive Whistleblower Report told about precocious child-star who once played Heather Hartman on the TV cult classic “Mary Hartman, Mary Hartman” who could be heard as the “bitchy white chick” mid days on 55 WKRC Radio, and baseball expressions TV Anchorwomen didn’t understand. 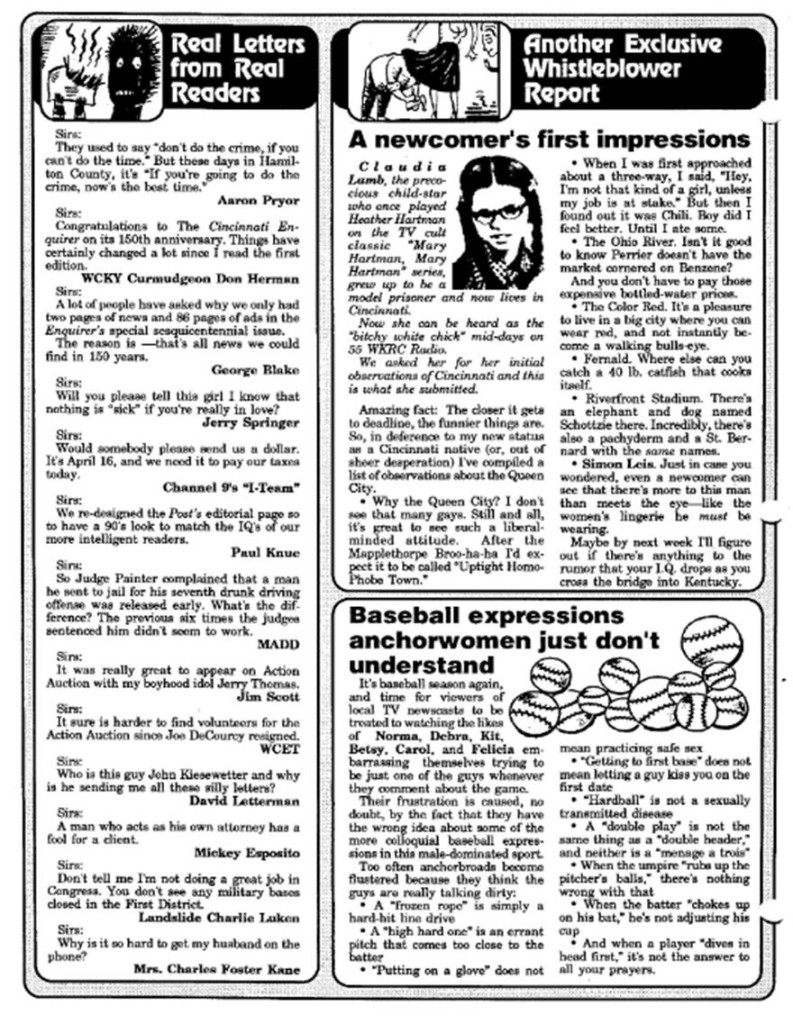 Page Five featured a report on Transit Authority of Northern Kentucky (TANK) in Ken Camboo’s Bluegrass Holler column, then Northern Kentucky Bureau Chief J.R. Hatfield told us about what went on behind closed doors during Covington City Commissioners “Executive Sessions,” we saw an ad for Trixie’s Bed ‘n Breakfast, along with a story about Trixie’s patriotism. 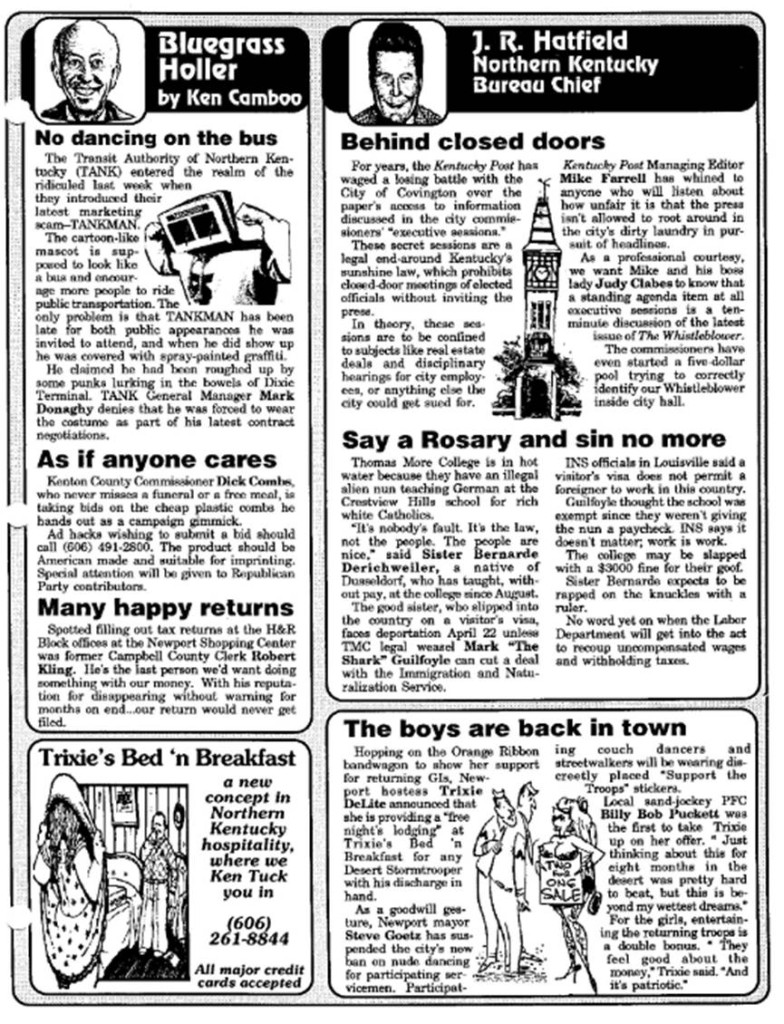 And Page Six included Boobs on the Tube by John Quichwarmer, an advertisement for an inflatable Nancy Reagan doll, and Real Gossip by Linda Libel.