TODAY IS
TUESDAY, FEBRUARY 02, 2021
TRUMP’S THIRTEENTH DAY OUT-OF-OFFICE
AND THE FIRST BILL OF 2021 INTRODUCED BY HOUSE D-RATS WOULD CODIFY AND EXPAND MANY OF THE MEASURES BLAMED FOR ELECTION FRAUD IN THE 2020 ELECTION. H.R. 1, THE INAPPROPRIATELY NAMED “FOR THE PEOPLE ACT,” AMONG OTHER THINGS, WOULD ESTABLISH NATIONWIDE MAIL-IN VOTING, ELIMINATE RESTRICTIONS ON BALLOT HARVESTING AND BAN VOTER ID. 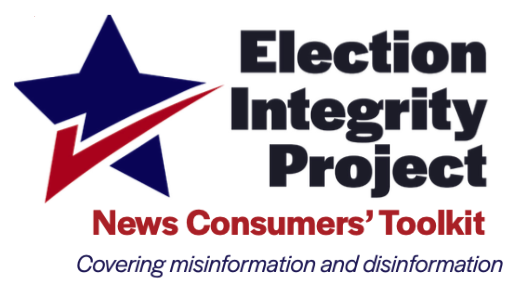 Meanwhile, let’s see what it meant when Crooked Hillary came out of her burrow today and didn’t see her shadow. 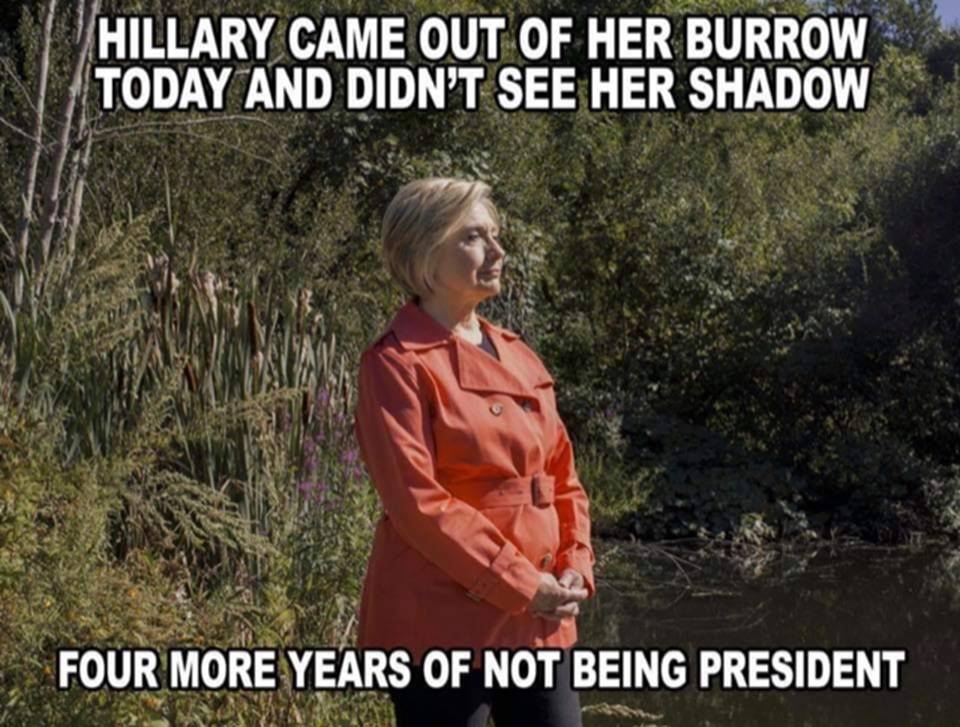 And This just in from Ben Garrison

Hillary has yet to announce, but she’s seeing her election shadow again. If her health holds out, I predict she will run for president. Again. For a third time. 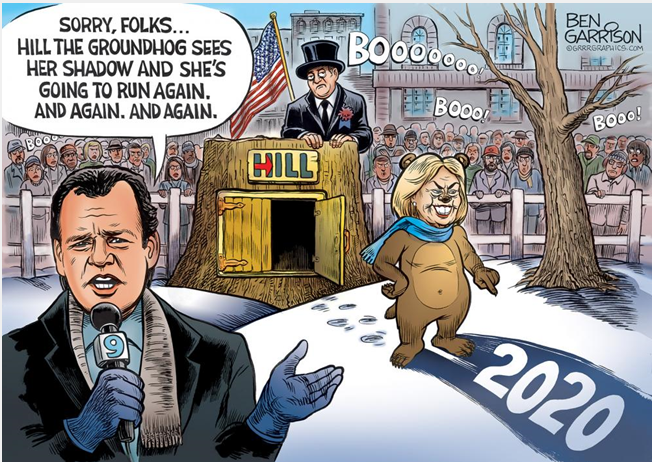 But for Persons of Consequence, It Means ….

Friends of Phil now demand that Groundhog Day be declared a national holiday. Dumbed-Down, Self-Absorbed, Media-Influenced, Celebrity-Obsessed, Politically-Correct, Uninformed, Short-Attention-Span, Free-Stuff Grabbing, Low-Information Obama Supporters Who Put The Second Worst President in History In The White House—Twice, then gave Obama a Third Term By A Real Lack Of Election Integrity For Joke Biden*, and get all of their information from our Obama Supporters in the Press, like the ones on Channels 5, 9, 12, and 19, and don’t forget our Feckless Fishwrappers think everybody should get the Groundhog Day off with pay and Eastern Avenue be renamed the Punxsutawney Phil Highway. 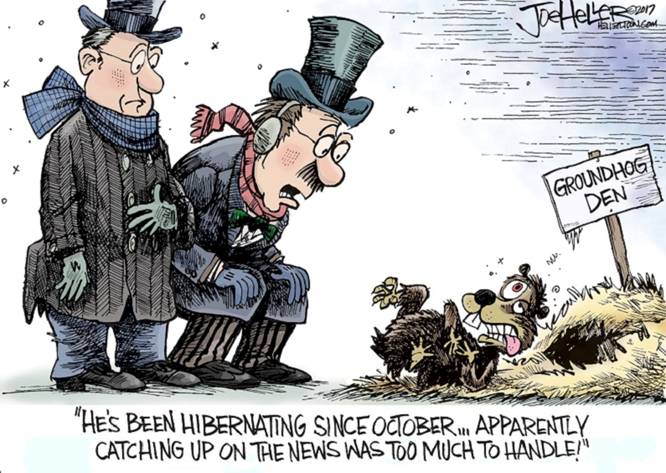 Groundhog Day is always a special time for our own Linda Libel, since Kane took our longtime Whistleblower gossip columnist to a Groundhog Day party where she first met her husband Tom, and in all those years since, Linda still hasn’t forgiven Kane. Come to think of it, neither has her husband Tom.

Whistleblower Zoological Reporter Thane Tadwell says most people think Groundhog Day came late this year, that’s probably because we’ve all been living in a Groundhog Day movie ever since Donald Trump took charge of America on January 20. In Today’s installment, Donald J Trump will be appearing in an exclusive  pre-Super Bowl interview with Sean Hannity, where he’ll be talking about Impeachment and predicting the fall of Pelosi, 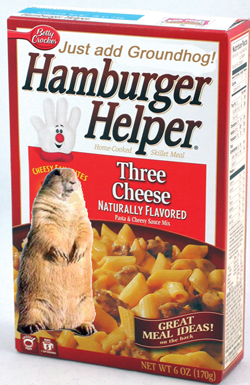