TODAY IS
THURSDAY, MAY 06, 2021
TRUMP’S ONE-HUNDRED-AND-SIXTH DAY OUT-OF-OFFICE
AND EVERYBODY’S WONDERING HOW FAR AHEAD OF HIS TIME GEORGE CARLIN WAS ABOUT GERMS AND VIRUSES

The Really Big Story was about the Sheriff’s Department’s investigation into allegations that three county building inspectors had cheated on their mileage reports and timesheets.  The Top Ten List was the top ten upcoming “I-Team” in-depth investigative reports, and there an item about the Whistleblower hotline for people wishing to give us more of the news the others seem to lose. 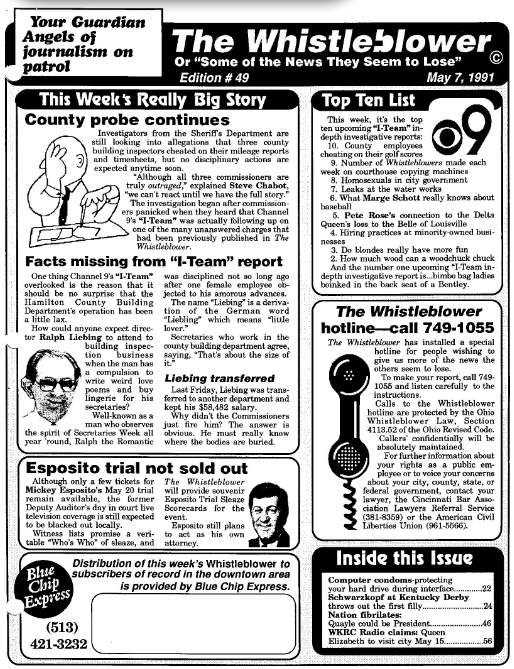 Page Two with a Real Editorial by Publisher Charles Foster Kane about all those big-budget promotional campaigns that local TV stations foist on their viewers as in-depth investigations during rating periods. Real Facts uncovered the connection between Peter K. Marino and Pete Marino at the Hamilton County Court House, the definition of “outrage” was expanded, and there was an item about “Bosses From Hell” at the University of Cincinnati. 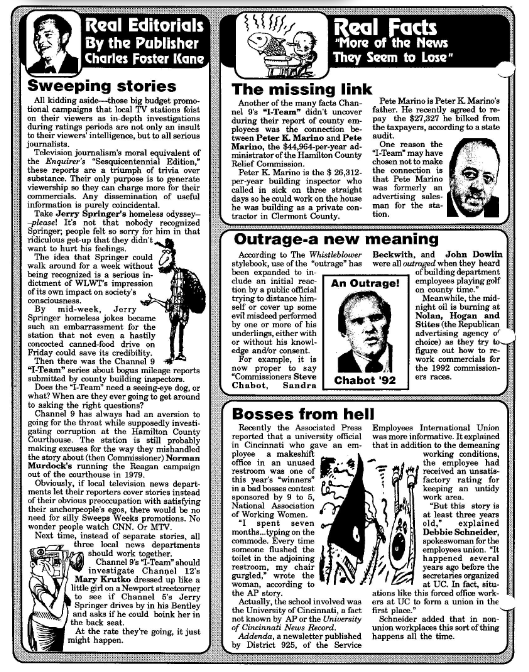 Page Three featured Cheap Shots against John Mirlisena,  Pulitzer Prize-Winning Cartoonist Jim Borgman, and The Cincinnati Business Record’s Henry Dorfman. There was a promo for Beloved Whistleblower Publisher Charles Foster Kane’s appearance on a radio program Thursday mornings at 9:05 AM, and, as always, Another Real Guest Editorial by Bunky Tadwell (this one about a news bimbo going undercover as a downtown streetwalker). 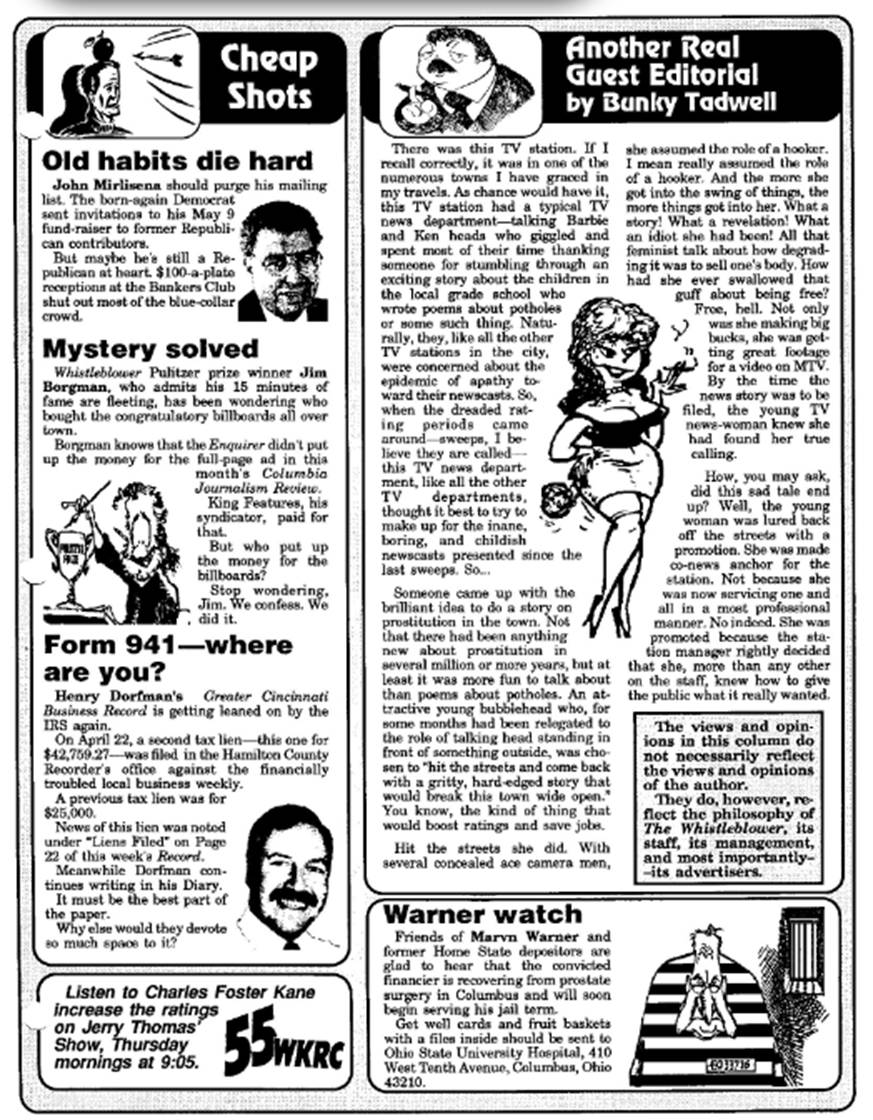 Page Four was for our regular weekly Real Letters From Real Readers column, Another Exclusive Whistleblower Report told about a proposal by the Cincinnati Federation of Teachers for tougher discipline policies, and there were the latest Whistleblower News Poll results. 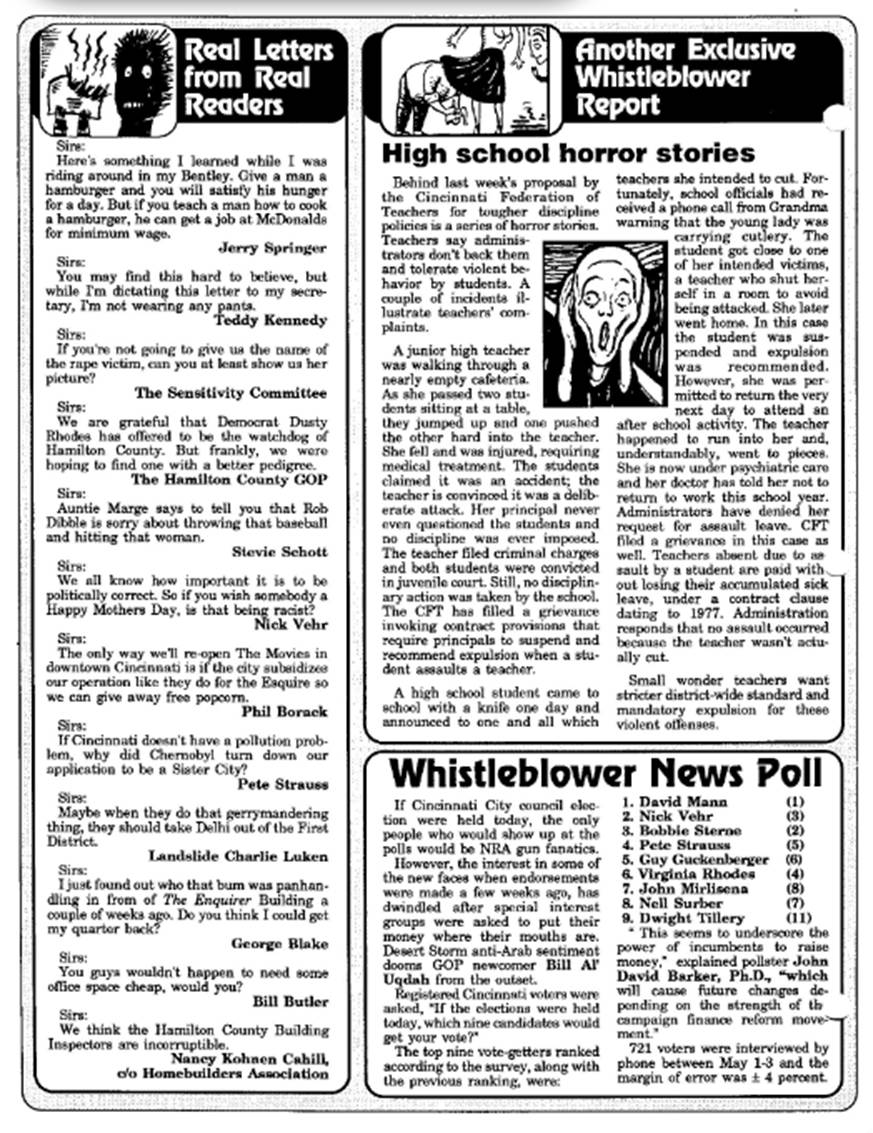 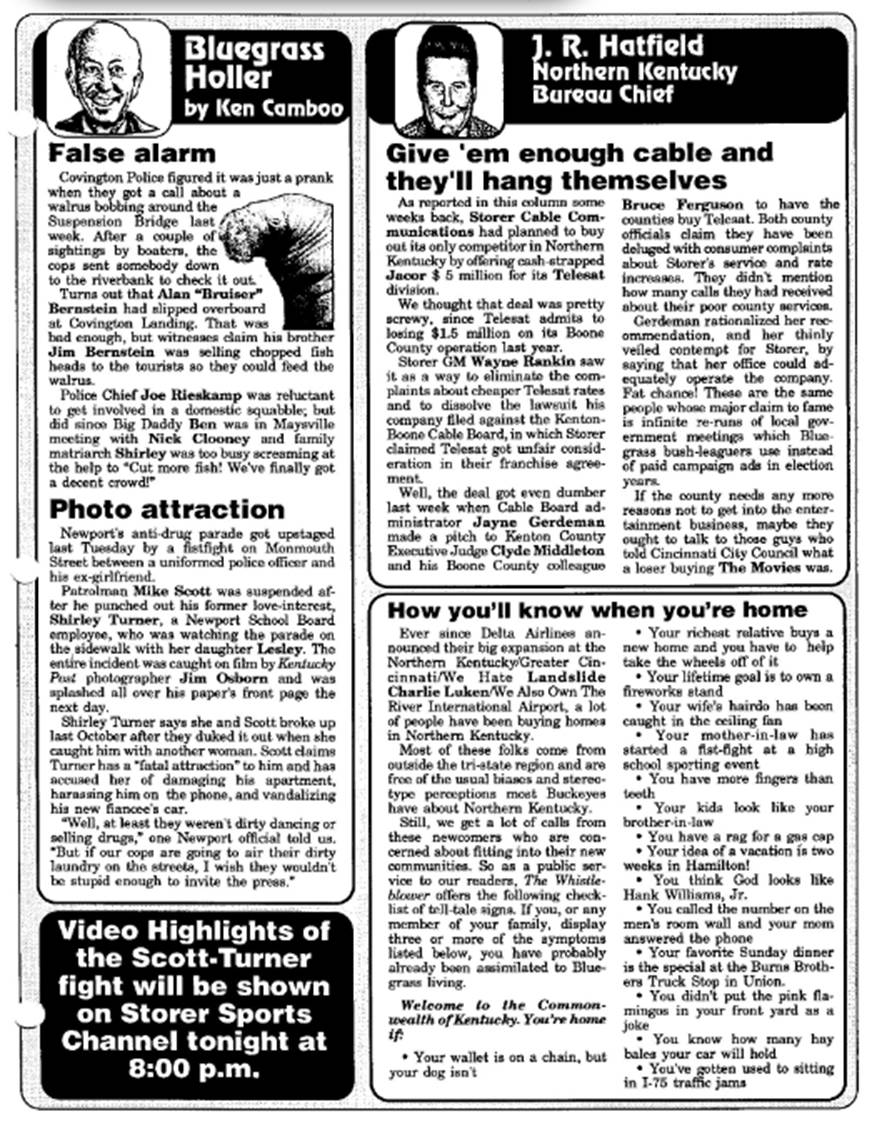 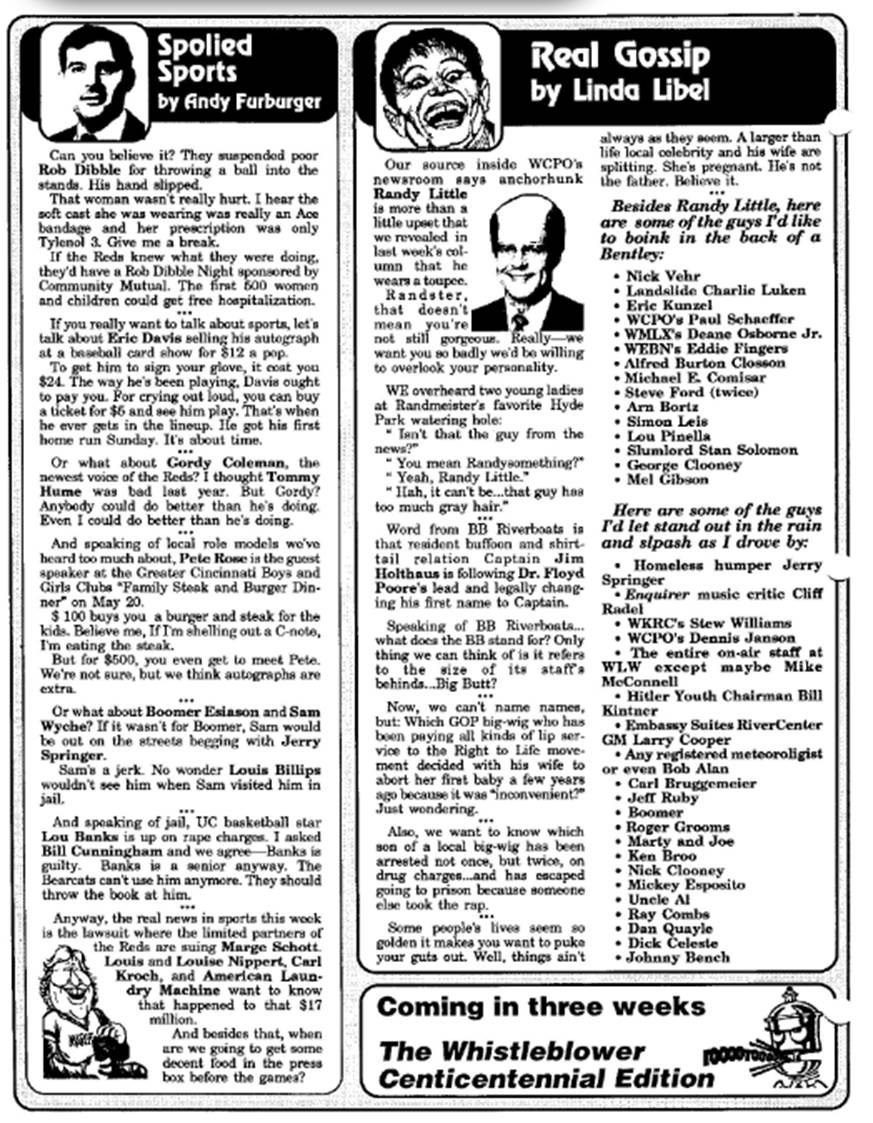