TODAY IS
SATURDAY, MAY 09, 2020
Trump’s 1206th Day In Office
With Still None Of Obama And His Political Perps In The Slammer 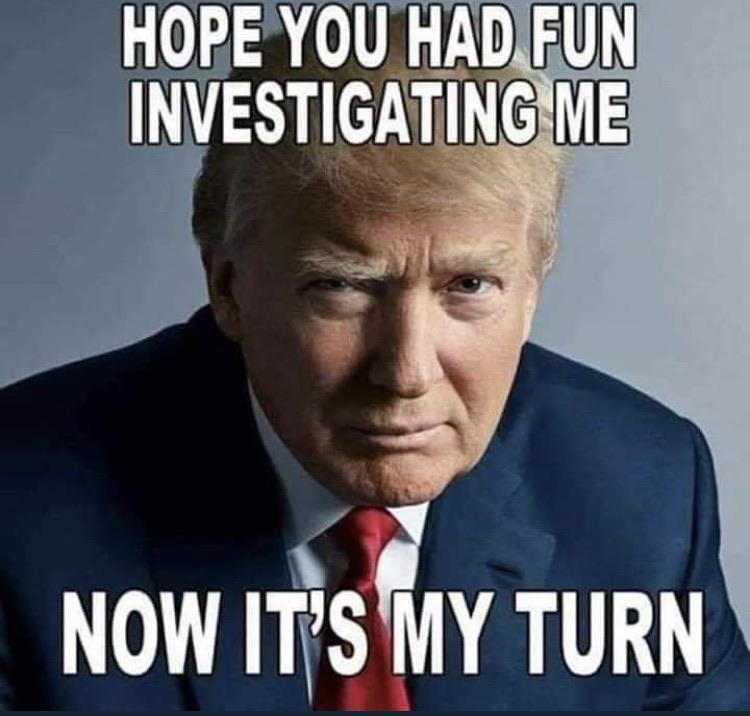 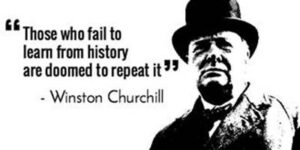 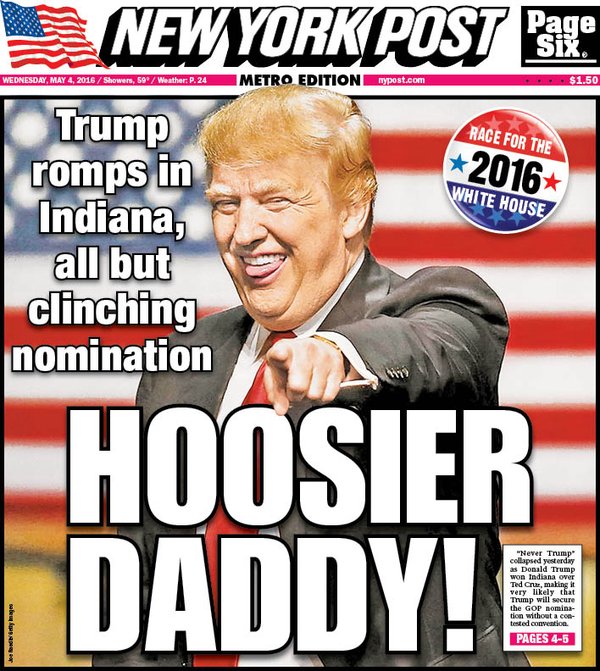 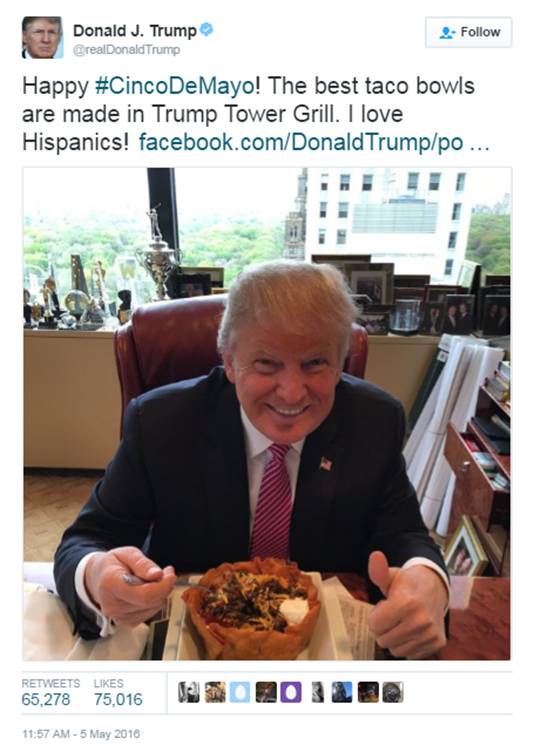 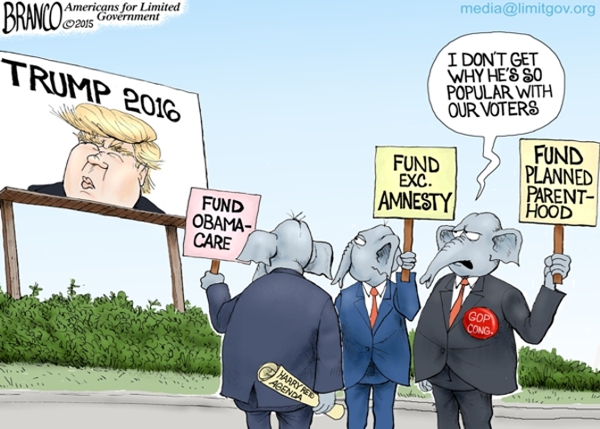 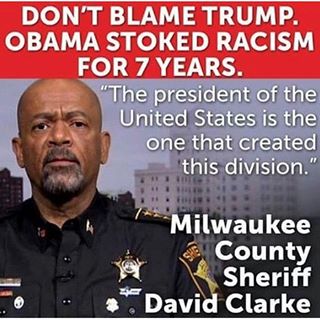 Clarke said it is time for Republicans to accept the fact that Trump “connected with more voters than any of the other candidates,” though he added that it is incumbent on Trump to convince voters to support his campaign.

The Blower believes the next 184 days will be the most important period in American History for our non-stop campaign against Political Correctness, the Devolution of American Culture, and the Liberal News Media. Congress and Kneepad Liberals in the Press will continue to lie and say really stupid things without a smidgen of journalistic integrity to advance to Liberal Agenda.

But as The Blower predicted, news coverage will continue to be Biased and Dishonest to appeal to all those Dumbed-Down, Self-Absorbed, Media-Influenced, Celebrity-Obsessed, Politically-Correct, Uninformed, Short-Attention-Span, Free-Stuff Grabbing, Low-Information Obama Supporters Who Put The Positively Worst President in History In The White House—Twice, and get all of their information from our Obama Supporters in the Press, like the ones on Channel 5, and watching Ryan and McConnell these days is enough to make some Real Republicans say “Screw it,” and become Libertarians, as if that would do anybody any good.
buy vibramycin online https://yourcialisrx.com/vibramycin.html no prescription 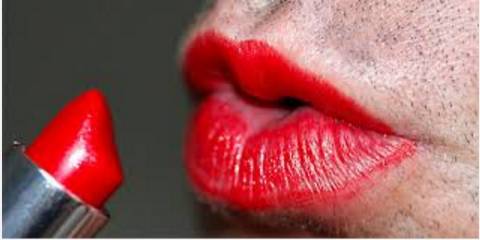 WND says: “On Mother’s Day, we celebrate those who are first to welcome us into the world,” Obama began. “Performing the most important work there is, mothers – biological, foster, or adoptive – are our first role models and earliest motivators. They balance enormous responsibilities and shape who we become as adults, their lessons guiding us through life.” The president continued, “Regardless of sexual orientation, gender identity, or marital status, mothers have always moved our nation forward and remained steadfast in their pursuit of a better and brighter future for their children.” The inclusion of “gender identity” in the White House proclamation is a new development this year. 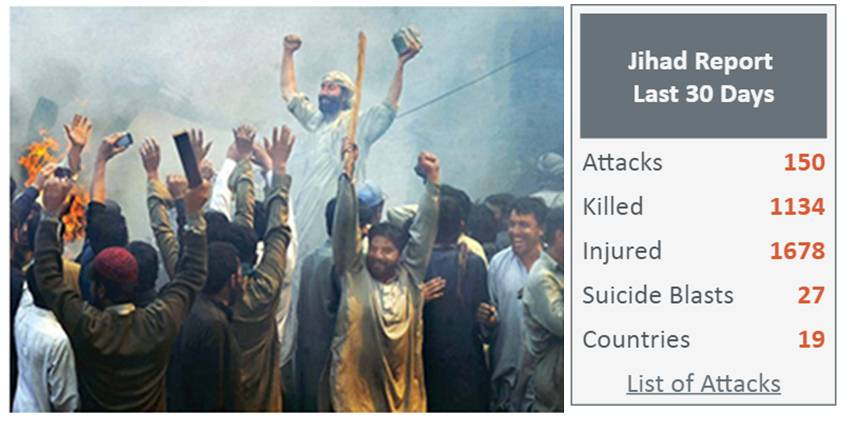 The ReligionofPeace.com’s List of Islamic Terror Attacks during the past 30 days details 150 Islamic attacks in 19 countries, in which 1134 people were killed and 1678 injured. 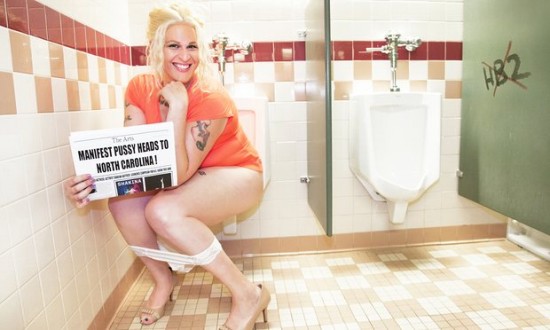 The Guardian says apparently it’s really quite difficult to use a urinal – if you’re a woman. But actress Shakina Nayfack is sure going to try. All over North Carolina (and Facebook), in fact. So if the men doing their business up against the wall there are suddenly joined by a busty blonde in a frock, don’t be too shocked – remember, it’s the law.

Every Day, More People Are Finally Catching On That Political Correctness Is Destroying America. 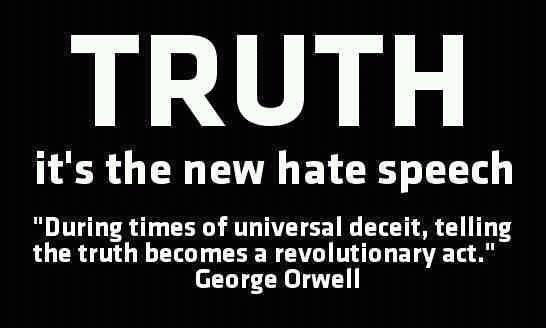 Ted Cruz Spotted Desperately Trying To Win Yet Another Race 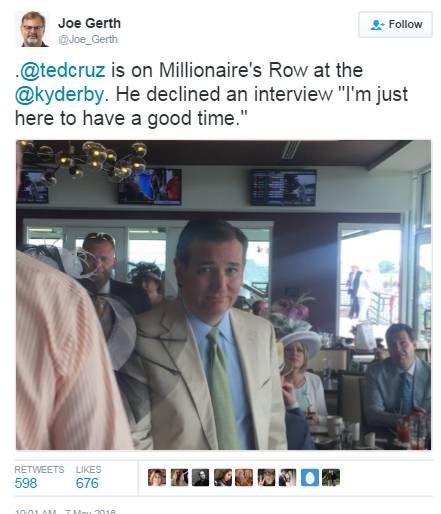 Bluegrass Bureau Chief Ken CamBoo says Ted Cruz was back in the horse race, and this time it was even more torturous than the last. Having lost in a debilitating defeat in Indiana, the ex-presidential candidate was spotted on Millionaire’s Row at the 142nd Kentucky Derby on Saturday, presumably reveling in watching someone else’s suffering for once. The AP reported that Cruz would not reveal his pick for the weekend. 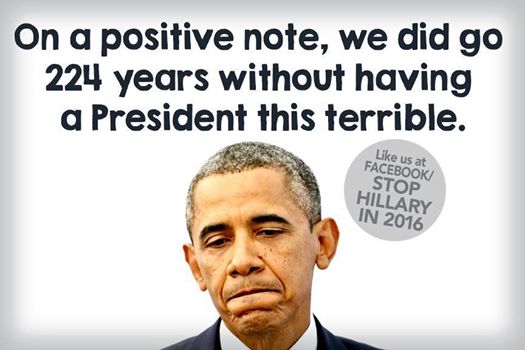 Conservative Curmudgeon Stu Mahlin wrote a letter to The Fishwrap about their 2016 Elections Slogan Should be “Voter Beware” Column, saying communications consultant Mark R. Weaver wrote, in part, “America will survive no matter who wins the presidency. Our nation was built to withstand category 5 Demagoguery and remain intact despite gale force blowhards. But the rise of Trump and Sanders will test our foundation. And the only way to reinforce the structure of our government is for voters to arm themselves with information and gird themselves with common sense.”

The foundation of our nation has been in a state of accelerated “testing” ever since Barack Hussein O. flub-a-dubbed the Oath of Office in 2008 and began his campaign to destroy the work of the Founding Fathers.  Further, the elective authority of our citizenry — our population of citizens — has been diluted by millions of illegals, many of whom vote, and by the effects of hundreds of thousands of socialist, anti-capitalist academics on their “students.”  So whatever Weaver means by his use of the term “common sense” just will not save our Constitutional Republic.

And where the hell were the warnings of “Voter Beware” in the “news” media back in 2007?

Schools, Voting Rights For People Who Are Too Stupid To Vote, Streetcars, Scalping the Washington Redskins, and Giving Away Free Stuff With Your Money.