TODAY IS
FRIDAY, MARCH 13, 2020
AND ALL OUR TRUMPSTERS ARE WATCHING TO SEE WHAT ELSE IS BEING CANCELLED 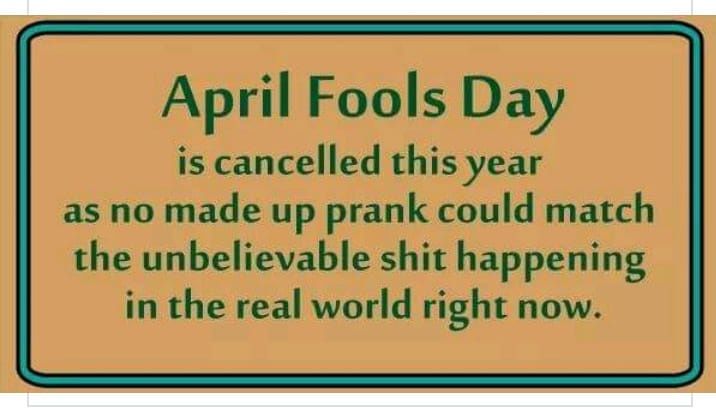 On Trump’s 1148th Day In Office, With Still None Of Obama’s Political Perps In The Slammer

This week, everybody who plans to attend the Whistleblower’s big “Political Backstabbers Day” celebration on the “Ides of March” to commemorate the date Julius Caesar got stabbed 137 times in the back at a toga party, e-mailed an entry to the Whistleblower Limerick Contest.

The winner is our Anonymous Backstabber at the courthouse, who says “It’s always more fun stabbing somebody in the back when they don’t know who you are.”

Anonymous wins rear-view glasses so he can watch his own back, a K-tel knife sharpener, and his immediate induction into the Backstabbing Politicians Hall of Fame. His winning limerick is:

Celebrating Political Backstabbing Day.”
After the voters have all had their say.
To all their chagrin
Whoever gets in
The bronze gods will have feet of clay.

Close to home, Clueless Kasich, a mouth stuffed with food,
Whose credibility long ago came unglued.

Then there’s Mitt Romney, a perennial loser:
His big achievement is to be an accuser.

“Still dead” McCain and Flake, from the great State of A,
Had their heads up their asses in a very big way.

Bush 41 even voted for Hillary;
God read his lips – now he’s stuck in a pillory.

But the Brutus with the most dangerous knife,
The RINO who’s caused the most perfidious strife,

Is Paul Ryan from Somalia-Minnesota,
Whose red blood cell count contains not one iota

Of love for his country. To paraphrase Ron Paul,
He sold out his soul for a bountiful windfall.

So let’s wrap all these clowns in one giant toga,
Pack them all in an over-sized Conestoga,

And push them over a steep cliff where they belong.
On the way down they’ll sing Soros’ siren song:
“Bend over, USA, while I give you the schlong.”

And from the Anderson Laureate (who always says, (After you.”):
Celebrating political backstabbing day
When Brutus took Caesar away
Treachery never abates
It’s just new victims, new dates
For a politician, it’s whatever makes hay.

We could talk about Ron Paul and McCain
And Lindsay of South Carolina fame
But when push comes to shove
There’s only one thing politicos love
Making profit on someone else’s pain.

But if you really want to know about today
Just ask Obama’s spokesman named Jay
He deserves an award
For being the most cardboard
He’s a butt-kisser, that’s all I can say.

Celebrating Political Backstabbers Day,
Here’s a toast to the RINOs rolling in the hay

Will the infanticide, open borders D-RATS –
A pathetic collection of Communist bats.

Upon true Americans there’s no bigger stain
Than the likes of Mitt Romney, Kasich and McCain.

Since McCain is still dead and Kasich retired,
That leaves Mitt Romney next in line to be fired.

His Liberty Score is just 56 percent:
He long ago flunked out of “advise and consent.”

To him I raise a flask of Antifa urine;
I’d vote to deport him and make him Honduran.

Down there he can vote against Trump all the day long
While intoning his bogus morality song.

We have no use for cream-puff stooges of the left
Whose open manifesto is liberty’s theft.
The first line of next week’s limerick is:
“This year on BB&BJ Day”

Remember: We never print all the bad stuff we know and certain people ought to be damn glad we don’t, especially Republicans in Name Only (RINOs).