Some Advice From Our New Copy Editor 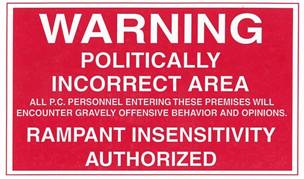 At yesterday’s meeting of the Conservative Agenda, Political Insiders were asking Charles Foster Kane for an update on The Whistleblower’s “War on Political Correctness.” Kane recalled Dubya’s Secretary of Defense Donald Rumsfeld’s forecast on America’s War on Terror in Afghanistan and Iraq, when our Beloved Whistleblower Publisher similarly predicted, “It will be a long, hard slog.”  And even in his acceptance speech in Cleveland, then-2016 Republican Presidential Nominee Donald J. Trump said, “We cannot afford to be so politically correct anymore.”

At the very least, the next 107 days will be the most important period in American History for our non-stop campaign against Political Correctness, the Devolution of American Culture, and the Liberal News Media. Congress and Kneepad Liberals in the Press continue to lie and say really stupid things without a smidgen of journalistic integrity to advance their Liberal Agenda. 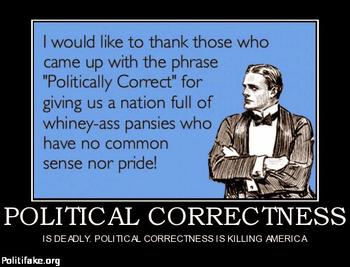 The Blower remembers when the Whistleblower’s new copy editor Perry KimBall (formerly with the Liberal Agenda Fishwrap) was reading “Political Incorrectness for Dummies” to make sure The Blower was doing everything possible to win our War on Political Correctness.

“The Blower needs to offend more people,” Perry explained. “We need to be sure our words unfairly exclude or totally alienate whole groups of people, especially our readers, and preferably, both at once.

“We need to change our words to make sure they promote bias or stereotyping of others (based on gender, religion, race, sexual orientation, age, or a mental or physical disability, and not to forget downright ugliness).

“And we must maintain a precarious balance between eliminating language we personally find unacceptable or offensive and allowing our Snitches and Bitches to express themselves fully. Our goal should be to stay on the lookout for those transgressions the author may have inadvertently overlooked.”

“When people rail against political correctness, they’re usually saying it’s running amok. The Blower always uses the “PC” label disparagingly, but we need to work harder to include things that will genuinely offend our readers,” explained The Whistleblower’s New Copy Editor, whose record for offending readers at his previous publication will never be surpassed.

Then Perry KimBall suggested we run this photograph for people who find the Confederate Battle Flag offensive! 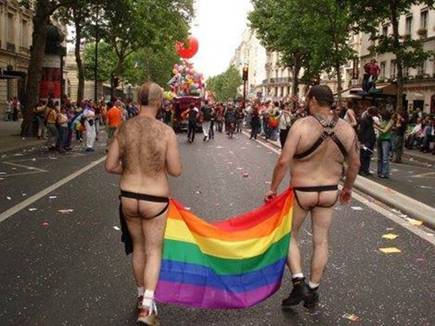