These Days, Insults Can Only Be 140 Characters Or Less

At yesterday’s meeting of the Conservative Agenda, Political Insiders were asking Beloved Whistleblower Publisher Charles Foster Kane if he thought The Blower could inform and insult even more people by using our new Whistlegram©  format the way Trump uses Twitter.

“Are you kidding?” Kane replied. “Don’t you remember before the 2016 Election when the New York Times printed all those Trump Twitter Taunts?” 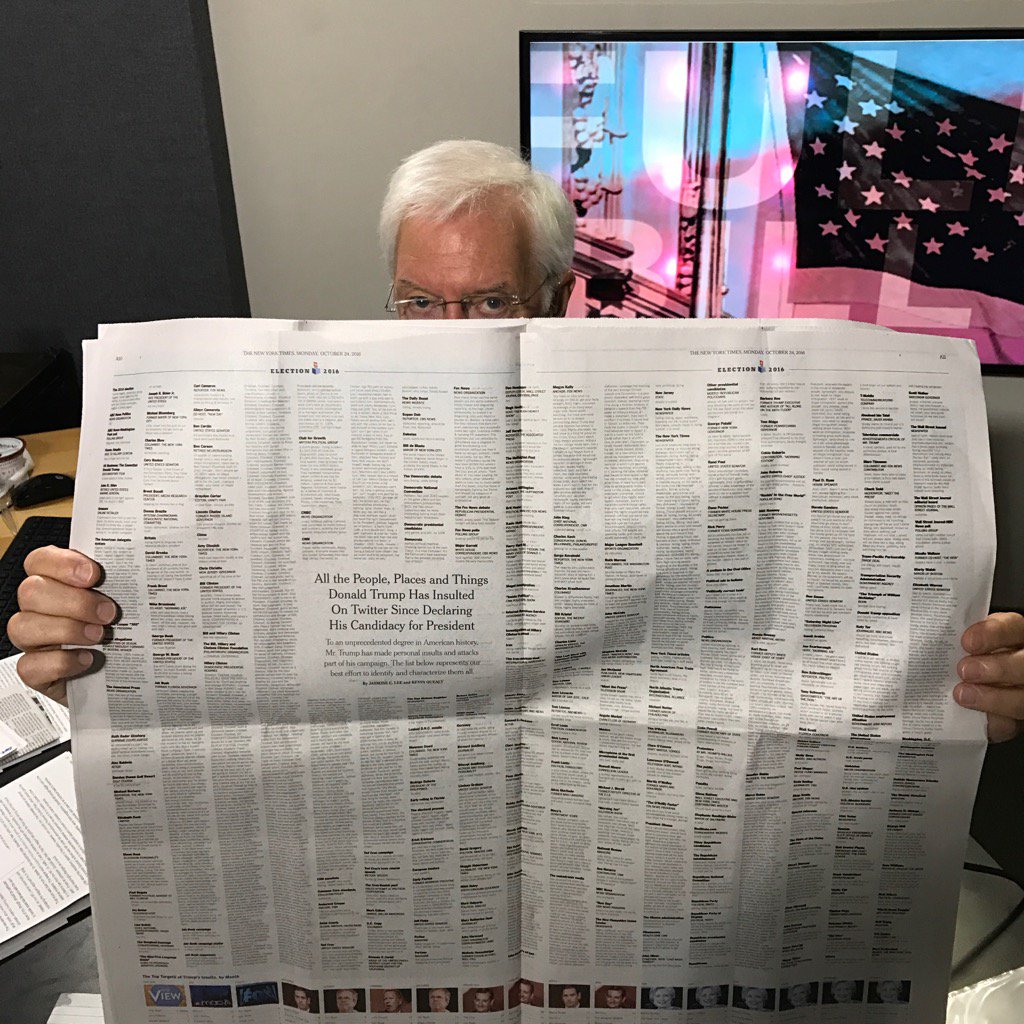 Trump’s Tweets are insults all right, but not in the classical sense. Here are some well-turned insults from back in the day before the era of the ubiquitous four-letter word:

Lady Astor: “If you were my husband I’d give you poison.”
Churchill: “If you were my wife, I’d drink it”
[Note: it has to be said that Churchill is the Yogi Berra of witty British repartee; when you’re not sure who came up with the bon mot, Winston’s your man.]

A Member of Parliament to Disraeli: “Sir, you will either die on the gallows or of some unspeakable disease.”
“That depends, Sir,” said Disraeli, “whether I embrace your policies or your mistress.”

“He has all the virtues I dislike and none of the vices I admire.” — Winston Churchill

“He has no enemies, but is intensely disliked by his friends..” — Oscar Wilde

“I am enclosing two tickets to the first night of my new play; bring a friend. . . if you have one.” — George Bernard Shaw to Winston Churchill

“Cannot possibly attend first night, will attend second. . . if there is one.” — Winston Churchill, in response.
[This exchange has been attributed to Shaw and James Whistler.]

“He is a self-made man and worships his creator.” —John Bright

“In order to avoid being called a flirt, she always yielded easily.” — Charles, Count Talleyrand

“Why do you sit there looking like an envelope without any address on it?” — Mark Twain
[A retort a philatelist has to love.]

“His mother should have thrown him away and kept the stork.” — Mae West

[In a fit of remorse, a convicted murderer said, “my father should have used a condom!”]

“Some cause happiness wherever they go; others, whenever they go.” — Oscar Wilde

“He has Van Gogh’s ear for music.” — Billy Wilder

“I’ve had a perfectly wonderful evening. But this wasn’t it.” — Groucho Marx

“See what I mean?” Kane asked. “We’ve had some great columns lately, but this wasn’t one of them.”