How Stupid Were These People?
Surely Such A Thing Could Never Happen Here
This Afternoon’s Whistlegram Tells The Sad Story

As many Americans celebrated Independence Day with firecrackers and barbecues, Law & Crime says over a thousand people in Detroit fell victim to a cruel scam. Apparently, fliers and social media posts promised that those who showed up at City Hall in Highland Park on July 4th would receive free housing and $100,000.  (MORE)

Clickon Detroit reported residents had been led to believe they could win a free home, but it was a scam.

Many were misinformed on what event was really about

A group calling itself the Detroit Free Housing Program had used a snazzy web site and an active social media campaign to get many people to line up. 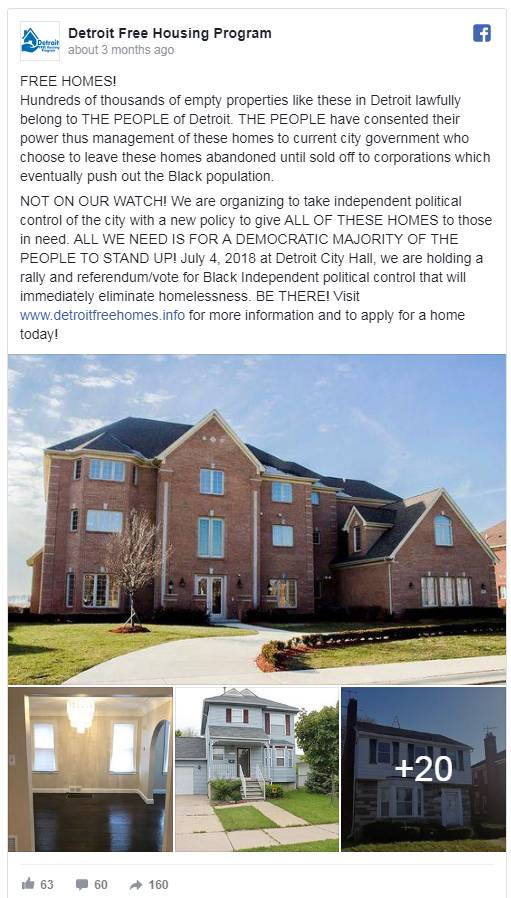 No wonder those fools fell for it

The Blower believes we’re still living during the most important period in American History for our non-stop campaign against Political Correctness, the Devolution of American Culture, and during the next 124 days until the 2018 Mid-Term Elections, Congress and the Liberal Media Establishment will continue to lie and say really stupid things without a smidgen of journalistic integrity in their effort to advance their Lying Leftist Agenda.