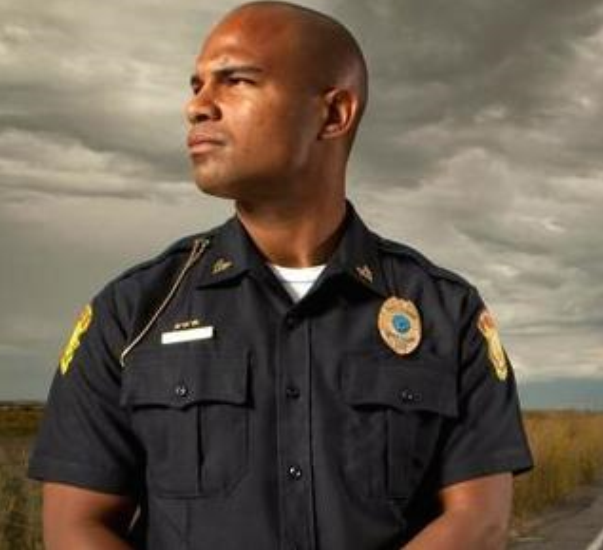 I Was A Police Officer

Today, I will not answer the radio call that your boyfriend has come home drunk and is beating you again.

Today I will not answer the radio call that your 16 year old daughter, who is very responsible, is four hours late coming home from school.

Today I will not answer the radio call that your store has been robbed or your house has been burglarized.

Today I will not stop a drunk driver from killing someone.

Today I will not catch a rapist or a murderer or a car thief.

Today I will not answer the radio call that a man has a gun or tried to abduct a child or that someone has been stabbed or has been in a terrible accident.

Today I will not save your child that you locked in a car or the child you were too busy to watch who went outside and fell into the swimming pool, but that I revived.

No, today I will not do that.

Because today I was killed by a drunk driver while I was helping push a disabled car off the highway.

Today I was shot and killed during a routine traffic stop to simply tell someone that they had a taillight out.

Today I was killed in a traffic accident rushing to help a citizen.

Today I was shot and killed serving a warrant on a known drug dealer.

Today I was killed by a man when I came by to do a welfare check because his family was to busy.

Today I was killed trying to stop a bank robbery or a grocery store robbery.

Today I was killed doing my job.

A chaplain and an officer will go to a house and tell a mom and dad or a wife or husband or a child that their son or daughter or husband or wife or father or mother won’t be coming home today.

The flags at many police stations were flown at half-mast today but most people won’t know why.

There will be a funeral and my fellow officers will come, a twenty-one-gun salute will be given, and taps will be played as I am laid to rest.

My name will be put on a plaque, on a wall, in a building, in a city somewhere.

A folded flag will be placed on a mantel or a bookcase in a home somewhere and a family will mourn.

There will be no cries for justice.

There will be no riots in the streets.

There will be no officers marching, screaming “no justice, no peace.”

No citizens will scream that something must be done.

No windows will be smashed, no cars burned, no stones thrown, no names called.

Only someone crying themselves to sleep tonight will be the only sign that I was cared about.

I was a police officer.

Note: The Blower published this piece exactly one year ago today, and given the current War on the Police still being waged by Obama, Hillary, Obama’s Attorney General, and the Liberal Media calling all those violent rioters “Protesters,” unfortunately, this piece is as meaningful today as it was a year ago.